Engr Uruakpa Chinwendu Sterling a stakeholder of All the Progressives Congress, (APC), Abia State Chapter, has implored the leadership of APC in Ukwa West and East LGA’s of the state to show commitment to the Party’s Registration slated for January 25, 2021.

He advised the leaders of the party in the areas to visit the various wards in order to ensure thorough sensitization of the people.

According to Uruakpa, “there are many people who are willing and eager to join the progressives so no one should stop anyone who wants to be a member of the party”, he insisted. 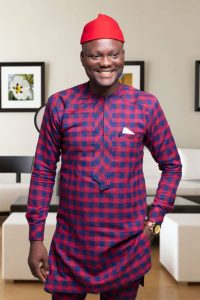 He further warned against the intimidation of any new member from other political parties, adding “more people are coming and the essence is to make the party stronger because politics is all about number.

“In politics the more people you have, the greater the chances of the party to excel”, he maintained.

Uruakpa used the medium to advise members of the party to eschew acrimony, malice and all manner of rancorous attitude, but rather work unanimously towards the party’s success.

He said: “Everyone should drop malice, acrimony and rancor and work for the success of the party. As human beings, there must rooms for little mistakes.”

Meanwhile, he assured that the leaders and stakeholders in the areas would not hesitate to correct any anomaly, “if any and continue to allow peace and harmony exist in the party”, he concluded.

Ikemba in Ikwuano calls for reduction in cost...

Igbo Presidency In 2023: Normalization OF Injustice is...

My Victory is for Ukwa West… Chief Okey...