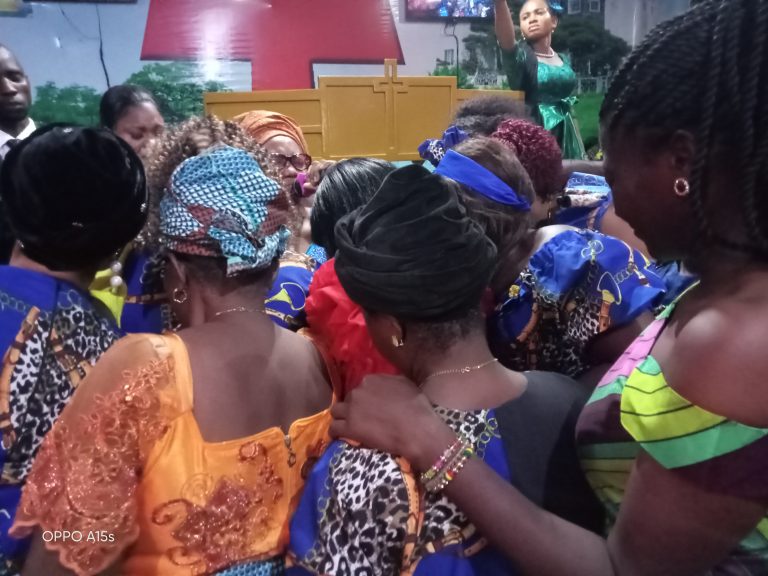 Revd. Mrs. Janet Omolade Akinfewa, the Guest speaker and, the senior pastor of Living Truth Worldwide says that why most Pastors who have gone astray in their Ministerial work is as a result of the pressure from the member of the church.

Apostle Omolade said many had undoubtedly lost their vision in Ministry consequent upon the pressure they receive from their members, hence they have resorted to visiting some wrong places, in search of powers, lamenting that “that’s whymany pastors go ahead, licking other people’s breasts just to gather crowd.”

Speaking on the topic, “Building According To God’s Pattern” during the 18th Anniversary of Caring People’s Church, Gada street, off Ogbunabali, Port Harcourt, Rivers State, today, Apostle Omolade explained that God had different patterns he has mapped out for different individuals.

“Many servants of God have forsaken the pattern God has set out for them and that’s why He’s calling on you not to derail from the divine pattern.

“Why many have lost it in Ministry is because so many people have forsaken the Lord’s Divine Pattern and that’s why many pastors go ahead, licking other people’s breasts just to gather crowd.

“So many members are the reason some Pastors go to babalawo and other occultic places just to seek power. They compel Pastors to go contrarily to the pattern God has laid for them.”

The service which doubled as the 53rd birthday celebration and 25th Pastoral year celebration of Bishop Lucky Nwikue Aroh and his adorable wife, Rev. Mrs. Elizabeth Aroh featured the cutting of cake and presentation of gift to the Bishop and his wife.

It also featured a fund raise section for the completion of the church building.