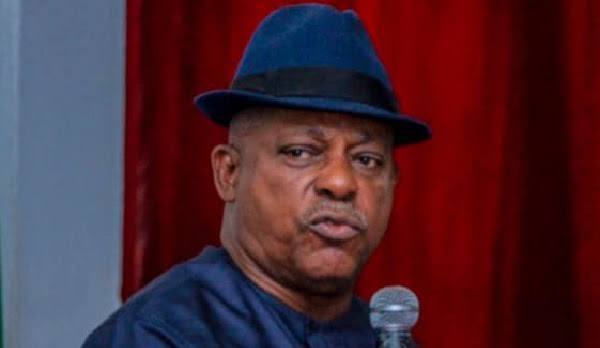 The Court of Appeal dismissal of a suit by a former Chairman of the Peoples Democratic Party, Chief Uche Secondus, against the party, will mark the rebirth of the party, a former Secretary to the Government of the Federation, Chief Anyim Pius Anyim, has said.

Anyim, who was also a former President of the Senate, said he was optimistic that the party’s National Convention, billed to take place at the Eagles Square Abuja, would be smooth, orderly and convivial.

He stated this in Abuja, on Saturday, while speaking with journalists, on the PDP’s preparedness for the exercise, adding that the party was poised to take over the reins of governance in the country, come 2023.

Secondus had approached the Appeal Court sitting in Port Harcourt to seek an interim injunction to restrain the the PDP from conducting its national convention slated for October 30 – October 31.

But Anyim said, “Well, there has been apprehension arising from the suit against the PDP by the former chairman of the party, Chief Uche Seconds.

“Well, to the glory of God, the Court delivered its judgement yesterday (Friday) and it’s obvious that the matter would not in anyway whatsoever, affect the Convention.

“You should also remember that prior to the Convention, the PDP set up a zoning Committe and the positions were zoned, and most zones have resolved all the positions zoned to them, such that they are likely to present concensus candidates.

READ MORE:  You're a voice of courage, Anyim hails Abaribe on birthday

“So, when Governor Tambuwal talked about the new NWC members emerging via consensus, I think he was talking about a particular position and not all the positions of the NWC. There are some positions where you have more than one aspirants and in some positions, consensus has been reached and there is nothing anybody can do about it.”