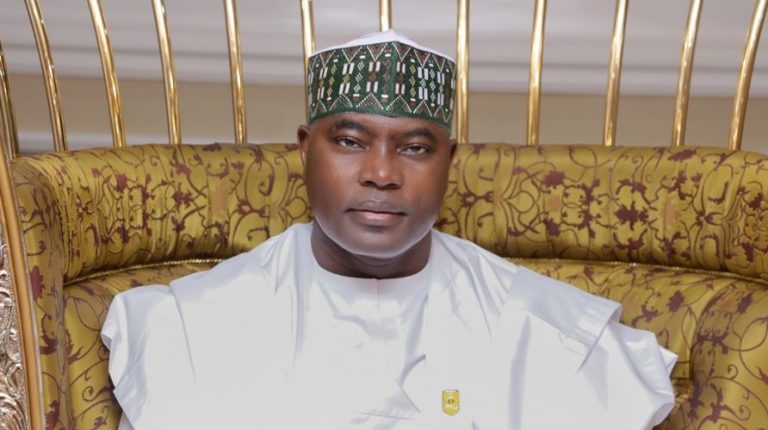 A group known as National Inter-Religion/Inter-Tribal Alliance for Peace, Unity and Development has called on the Federal Government to tamper justice with mercy and appoint Alhaji Muhammed Kyari Dikwa PhD, Mni as the next Auditor General of the Federation.

This is contained in a statement made available to Newsmen shortly after an urgent meeting of the group with the representative of the national coordinator from the Nigeria six geopolitical zones, today, Monday, September 25, 2022, at Bollingo Hotel Abuja.

The former Millitary Governor Kastina and Plateau State, recounted that the Office of the Auditor General of the Federation had been vacant since the immediate past Auditor General of the Federation (AuGF), Mr. Adolphus Aghughu retired, thus leaving the office vacant since September 7, 2022, as he equivocally implored  Buhari to use Dikwa to fill in the vacant position.

In his welcome address General Onoja reiterated that; “the office as sensitive as Nigeria is, Audit House cannot continue to be at the mercy of quacks but deserves capable hands like Muhammed Kyari Dikwa, who’s not only a chartered accountant but also has garnered all required portfolios to pilots it’s affairs.”

Continuing, he maintained that “For a mere Director that doesn’t have the required professional knowledge to continue to pilot the office of the Auditor General of the Federation, cannot be a welcome development, since OAuGF is seen by many Nigerians as the engine house of the country with mandate to ensure transparency across every government bodies in Nigeria.

The one-time Chief Principal Staff Secretary to late General Sani Abacha Millitary junta, described Muhammed Kyari Dikwa PhD as a thorough bred technocrat with versatile knowledge, experience and leadership prowess “that when appointed as Auditor General of the Federation will definitely turn the fortune of the organization around for good.

He, therefore, urged President Muhammadu Buhari and those in charge of the affairs of the country especially Civil Service Commision, Federal Ministry of Finance and Head of service to put aside selfish and greedy interest and appoint the best hand to preside over the affairs of the office of the Auditor General of the Federation.

The National and International consultant on Human Management and Economy posited that “as an academic, I have for over the last one decades and half, been using intellectual properties of MUHAMMED KYARI DIKWA in book format to teach my students”.

Moreso, he also pleaded with the leadership of the National Assembly and Federal Executive Council to quickly pass the bill for the conversion of Auditor General of the Federation office into a full fledged Commission.

This, according to him would enable Mr. President appoint a competent hand from outside the organization without having to deal with the interference of Federal Civil Service Commission, as well as the office of the head of Civil Service.

Meanwhile, Okoro used the medium to advise Nigerians to eschew sentiment, ethnicity, political affiliations, religion and personal interests but unalloyedly support Mr.President “to give unhindered approval for the appointment of Muhammed Kyari Dikwa as the next Nigeria Auditor General in view of the facts that he has a required professional knowledge and experience to head the organization”, he concluded.