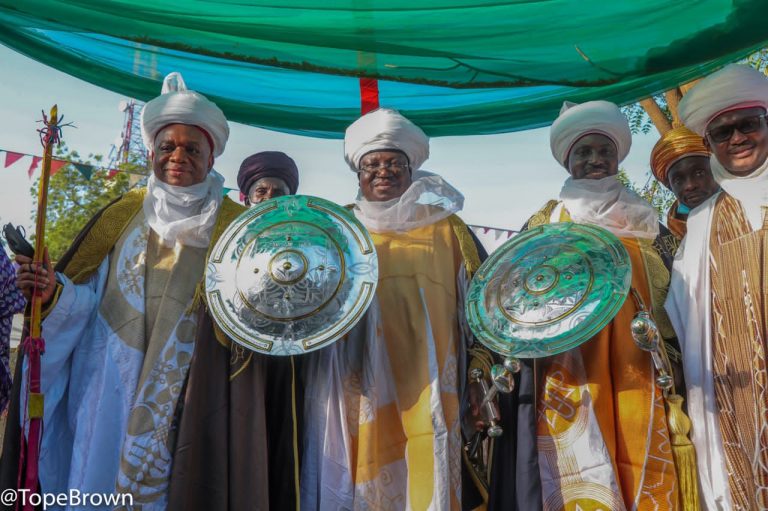 The Argungu Emirate in Kebbi State has today bestowed it’s revered traditional title of Kibiyan Kabi (Commander of the Archers) on the Chief Whip of the Senate, Orji Uzor Kalu.

It can be recalled that  the former Governor of Abia State and chieftain of the All Progressives Congress (APC) senator was earlier notified of the conferment in a letter from the Emir of Argungu, Alhaji Mohammed Mera.

Kalu who arrived Kebbi yesterday with his  entourage were duly  received by the  state Governor, Abubakar Atiku Bagudu and the enthusiastic and good  people of Kebbi state .

Also honoured today alongside Senator Orji Uzor Kalu is the President of the Senate, Senator Ahmed Lawan with the title of “Ganuwan Kabi” of Kebbi Emirates.

In the presence of other palace monarchs, dignitaries, government officials, fellow lawmakers and well wishers gathered at the palace,the Abia North Senator and Ahmed Lawan were turbaned and garlanded with traditional attires as required by tradition, Kalu was also given with a Bow and Arrow which signified the meaning of the title.

READ MORE:  Orji Kalu : “Babafemi lied Against the North, We can’t Betray Our Own ” Northern Leader