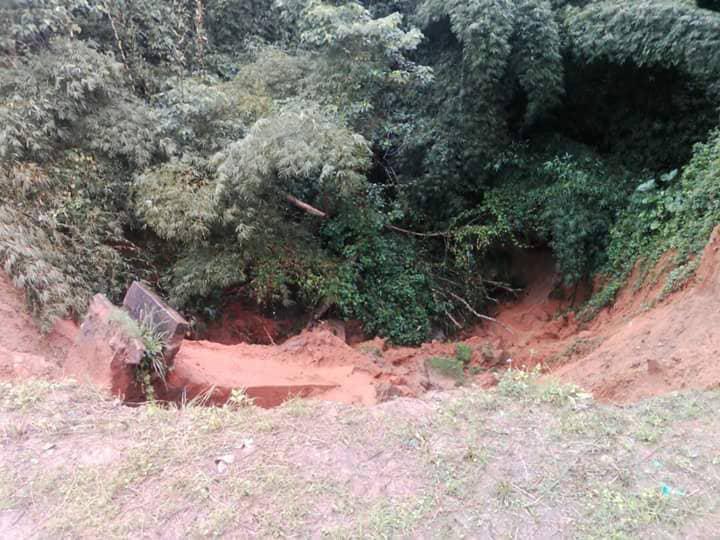 The Association, in a press statement signed by her National President, Prince Innocent Iroabuchi Eleogu and made available to Famous Reporters, weekend, bemoaned the downright neglect by Abia state government towards the yearnings of the people over the years.

The Association also regretted that the past and present government of Abia state has not taken any proactive measures towards curbing the road and inter tribal calamity that has befallen the people of Ariam- Usaka, hence the extant bloodbath accompanying the boundary issues.

He further lamented that the lives of the people have over the years been put in jeopardy by the chronic erosion menace which has left the people in fear and devastation, reiterating that the clan has overtime been relegated by various successive administrations.

Prince Eleogu, therefore, wailed that the various preceding and succeeding Governors have evidently proven deaf ears to the afflictions of the abandoned people of Ariam-Usaka whose economic activities, he noted contributes immensely to the GDP of the state.

It would be recalled that the people of Ariam-Usaka have been experiencing series of incidents regarding insecurity which has claimed the lives of hundreds of innocent persons, consequent upon their land dispute with their neighbouring Community, Nkari, in Akwa-Ibom state.

Famous Reporters gathered from reliable sources that while the extremely poor nature of the road has drastically reduced agricultural and economic activities, lives and property worth millions have also been regrettably lost to same.

In the release titled: ‘Ariam Usaka professionals (AUP) National President X-rays Abia’s Criminal Neglect Of Ariam-Usaka’, the embittered National President lamented that “the four clans that make up Ikwuano LGA of Abia state have come under an uncompromising government neglect”, while utterly expressing consternation at the repugnant attitude of the state government towards the food ban of the state in their seemingly deteriorating situation.

He recounted that the people of Ariam-Usaka who are over the years, known as the food basket of the state, have regretfully been rendered incapacitated, as majority of the people have suddenly become refugees in some places both within and outside of the state, as a result of the existing inter- communal war.

“But in Ariam-Usaka, it is no gainsaying that this neglect has become very palpable, ubiquitous, criminal and highly organized as it touches down in all strata, showcasing a complex and monstrosity never seen anywhere in Nigeria, as the people have been rendered helpless and hopeless.

The release read in details:

“The four clans that make up Ikwuano LGA of Abia state have come under an uncompromising government neglect Unfortunately, however, amidst the huge economic contributions of the community to the states GDP, the extent of neglect leaves the people stupefied. There are three glaring areas of this seeming state neglect:
The neglect of the only access road to the community, the neglect of a terrifying erosion menace and the unchallenged killing of the people by their belligerent Akwa Ibom neighbours over their land.

“Talking about the Ring Road which is the only access road into the clan, connecting the 15 community, we need to assert that never for once has successive governments of Abia State attempted the construction of as little as a kilometer of the road. Several years ago, a construction company CHOMEN NIG LTD, came in with its equipment purportedly to construct the ring road, the company packed its equipments and left some weeks after and the story of its entrance and disappearance has remained hazy to this day.
This is amidst the huge agricultural potentials of the community. The road has rather seen successive governments make electoral fortune of it after which the neglect is exacerbated.

“As it is for the Ring Road and the erosion menace, so it is for the people on the on-going boundary crisis with their Akwa Ibom neighbours. Between January 2020 and 21st January 2021, no fewer than 28 lives have been lost to the rampaging neighbours who pursue a policy of land grabbing. It is so disheartening that in all the killings and disappearances, there has been no resolute response action from the state government. The government has failed to even muster and deploy the minutest of law enforcement mechanisms; would it not Surprise any one here, that in an area that has experienced such inter tribal crises over the years, there is no police presence, no police post anywhere in a clan of 15 communities from decade to decade. The state government has not for once held its Akwa Ibom counterpart to account for the bloodshed going on. The government has not called on Akwa Ibom state government to rein its boundary communities for such regular, massive attacks on their Ariam-Usaka neighbours.

“We however give kudos to the current government, who through its deputy governor Rt. Hon. Sir, Ude Oko Chukwu who came around to console the people, and heard from the horses’ mouths, hence people of Azunchai and Usaka ,and by extension the Ariam/Usaka community. Moreso, the deputy governor assisted us attracting the attention of the national boundary commission who visited the area. Although we are still, watching, waiting in anticipation that the visits will play out positively in the near future. Also, we equally thank God, that his visit, afforded him the opportunity to pass through ( part of it) the death traps that we call Ariam/Usaka ring road.”

Continuing, he said: “Indeed, in Ariam-Usaka, the Hobbesian state of nature where life is nastily short and brutish is a truism. The people whose economic mainstay is their farmland cannot go to farm presently, in order not to be killed. This circumstance has resulted in youth unemployment, starvation and hunger in the community. The situation has left fear, pain and death as a hallmark as the three areas of neglect represent a pernicious strewn of fate against the people.

“In any place where government has neglected to provide the most basic of infrastructure which the Ring Road represents is simply criminal and insensitive. The Ring Road will open up the community for economic revolution. Tackling erosion and reining in on the murderous Akwa Ibom neighbors would have given a sense of belonging as Abia indigenes. It is no wonder that everyone in the community today wonders if they are truly a part of Abia State”, he wailed.