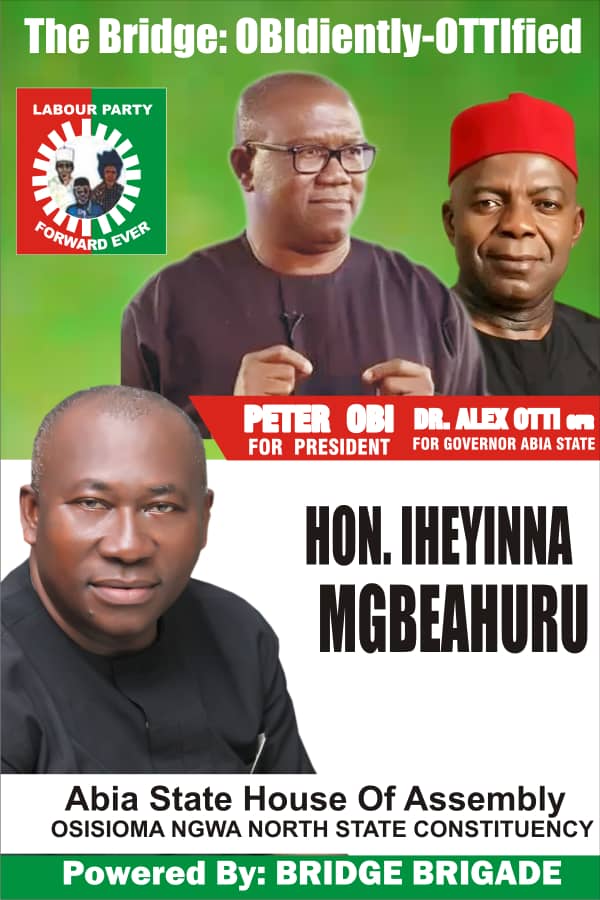 Hon. Iheyinna Mgbeahuru, the Labour Party candidate for the Osisioma Ngwa North State Constituency of Abia State, has commiserated with Traders at Ariaria International Market over their recent huge loss orchestrated by flood in the area.

This is following the gale of flood disaster that destroyed various range of goods, products, as well as disrupted services during and after the incident.

In a message delivered to the Market Association Officers and their members, Hon. Mgbeahuru, stated that he’s in sympathy with the traders who lost goods, products and services worth hundreds of millions of naira to the flood.

READ MORE:  Lagos One Million March For Peter Obi: Rally Will Not Be Allowed At Lekki Toll Gate, Says Police

On the cause of the flood, he stated, unequivocally that, “It’s regrettable to see a preve table Man-made disaster destroy the people’s wealth due to negligence, deceit, and incompetence of state actors”.

Adding, he said, “I wish to join in sharing the pains of the dutiful Aba man, to say sorry to all affected traders in the market”.

Further more, he reasoned that “The greatest want of Abia now is the want of men, who will not be bought or sold, men who in their innermost soul are true and honest, men who are true to duty as the needle is to the pole, men who will call sin by its right name, men who will stand for the truth even though the heavens fall”.

Hon. Mgbeahuru, concluded, his comments with a solemn prayer, “I therefore pray that God Almighty will comfort and console all of us,” even as he declared;
Ndi Abia Weep No More.
Hope is on the way
It’s Time to Redeem Abia.”