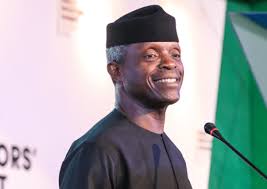 The Federal Government on Sunday charged the Academic Staff Union of Universities, ASUU, that the University Transparency Account System must tally with the IPPIS.

The Minister of State for Education, Emeka Nwajiuba, however, stated that the ASUU payment system is not ready.

Nwajiuba noted that the federal government directed the lecturers to register on the IPPIS, while developing their system so that they could collect their salaries.

He stated, “When originally we asked them how long it would take (to develop the system), they said 18 months and after a while, they brought us a semi -finished product and said the six months they had been on strike they had  used it to develop the system and that we should now integrate it with our system. Government said no, we are not going to fuse this with all of our plans yet, until we independently work on it and see how it works which is where we are.”

READ MORE:  Igbo Nation Council To Miyetti Allah: You Shall Regret Any Step Into Our State

According to the Minister, government is not out to punish any ASUU member, stressing that, “the job of the government is not to look for who to punish or sack. We are in need of manpower in Nigeria. The reason we want ASUU back  is that there is a purpose for which we built these universities.”

“In every other place in the world, you can’t shut down the university system and just walk away. It is only in Nigeria they do it.”

“The money government is using  to pay these lecturers is the money we get from other people.  The money is  Nigerians’ money and we hand it over to lecturers for a job, but they don’t want to do it.”

Asked if there was no going back on the IPPIS, he said, “the IPPIS predates this government. The IPPIS was conceived  in Nigeria in 2013.  When we came, almost everything that was impossible to implement in Nigeria because of institutional bottlenecks, we started implementing it.”