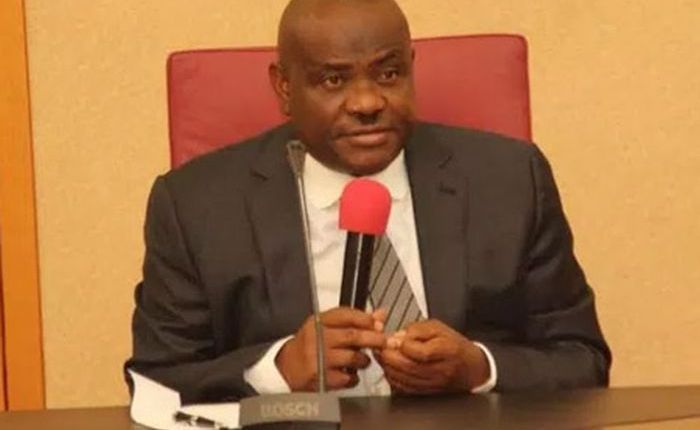 The Caretaker Committee Chairman of the All Progressives Congress, in Ebonyi State, Chief Stanley Okoro-Emegha, has taken a swipe at the Rivers State Governor Nyesom Wike, over his verbal attacks on Governor David Umahi.

Governor Umahi, had, shortly after a meeting with the President, Major General Muhammadu Buhari (rted), in Abuja last week, prayed that God should give the nation another ‘kind-hearted’ president like Buhari in 2023.

However, Umahi’s prayer did not go down well with Wike, who unhesitatingly, in his reaction lambasted Umahi, saying his prayer was a bad one for the nation.

Without mincing words, Wike said it was wrong for Umahi to wish the nation another President like Buhari, whom he claimed had failed the nation in all ramifications.

But Chief Okoro-Emegha, while reacting to Wike’s comment, in Abakaliki, on Wednesday, described the Rivers Governor as roundly unfit to occupy any public office in Nigeria especially the exalted office of a state Governor.

READ MORE:  2023: Why Nigerians Will Support A President Of Southeast Extraction

He stated that his public utterances and carriage since he became Rivers State Governor were unbecoming of someone who was holding a public office.

He urged Wike to refrain from taking intoxicating substances, saying it was becoming too evident in his utterances and actions.

Okoro-Emegha, who is also a Consultant to Ebonyi State Goverment on Internal Security, wondered why Wike had shifted his focus from the governance challenges in Rivers State to attacking Governor Umahi at every opportunity.

According to him, Wike’s anger to Governor Umahi’s stemmed from latter’s defection from the Peoples Democratic party (PDP) to the APC.

He said, “Why has Governor Wike’s focus shifted from the governance challenges in Rivers State to the performing Governor of Ebonyi state? Why has Wike become Governor Umahi’s number one critic? His headache is that Governor Umahi left the PDP for the APC.

“That well calculated political move of Governor Umahi has caused a continuous mass exodus in his dying party. Since last year that Governor Umahi left the PDP for the APC, Governor Wike has lost focus and direction.

“Rivers State is unfortunate to have such a visionless man like Wike at this critical time as their Governor. How can the defection of one man become so unsettling to a State Governor such that he has lost direction?

“Wike should know that no amount of cries and lamentation will bring Umahi back to PDP. He should accept this reality and stop embarrassing the people of Rivers State.”