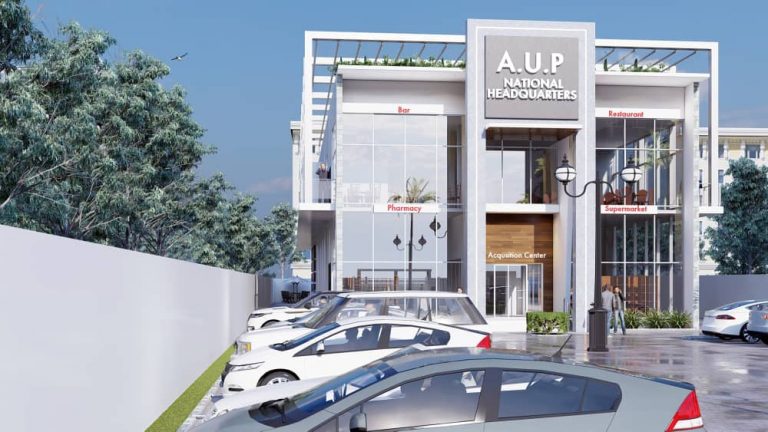 AUP Lightens Up Ariam-Usaka, Unfolds Legacy Project
*A must read…

The entire Ariam-Usaka autonomous Community, in Ikwuano Local Government Area of Abia State is about to witness a legacy project driven by her illustrious sons and daughters, hence Ariam-Usaka Professionals (AUP), having discarded personal inclinations, whatsoever.

This gigantic project that is expected to cut across the entire Ariam-Usaka Community, Ikwuano LGA, and, of course, Abia State, would inarguably be of immense benefit to the society in general.

To this effect, a clarion call has been made to partners from all ‘walks of life’ and every nook and cranny of the state to key into the legacy project, perceived to have the capacity to outlive the present and future generations.

According to the leadership of AUP, the Association, the desire to embark on the obvious gigantic project was nurtured immediately after the epochal 2019 Ariam-Usaka Conference which indeed recorded a huge success.

This is evidently in fulfilment of the 2019 campaign promises of the present administration to the people of Ariam-Usaka, led by Prince Innocent Eleogu, the incumbent president of the Association.

Without any form of doubts, this shall be a grand celebration of
hardwork, excellence, team work, professionalism and dedication
to service to the entire Ariam-Usaka Community.

This monumental structure, which promises to be a breathtaking architectural
masterpiece, beautifully designed, comprises the Ariam-Usaka Youth Skill Acquisition Centre,
Ariam-Usaka Library and a Conference Centre.

The essence of the Library is strictly to enhance learning and reading culture in children in
Ariam-Usaka and Ikwuano LGA. It is in tandem with the strategic vision of the
association to pursue the gift of quality education for the people of Ariam-Usaka.

Meanwhile, just as the popular maxim has it that: “all works and no play make jack a dull boy and then all play no works makes Jack a poor boy”, AUP leadership deemed it fit to include a relaxation spot in the center, as provision for a spacious parking lot would be inevitable.

The Conference Centre on the other hand is going to serve various
needs, especially as a platform to engage the people of Ariam-Usaka in
brainstorming as they work together for the realisation of their undying
common goals for their community.

This shall indeed bring about a resounding shift in the history of Ariam-Usaka Community, hence the quest for an event centre would be in their yesterday’s road.

As envisioned, the Centre would host various discourses on the socioeconomic
and political circumstances of the great Ariam-Usaka Community, all targeted at endangering rapid development of the area.

In addition, the Research Unit will will be saddled would serve as a platform for developing research topics and documentation of works arising
from various discourses.

This is even as the Association is bent on establishing ‘Ariam-Usaka COMMUNITY RADIO STATION’, which is apparently AUP’s EDEP programme to continue to enlighten our
community. This is a perceived way of bringing all and sundry into the unity of purpose to
work together as one people to build the community, the anticipated radio
station would serve as a a medium through which the energy and culture of the community would be duly harnessed.

The general public and, of course, interested partners as enjoined to contact the followings for further clarifications and sensitisation.