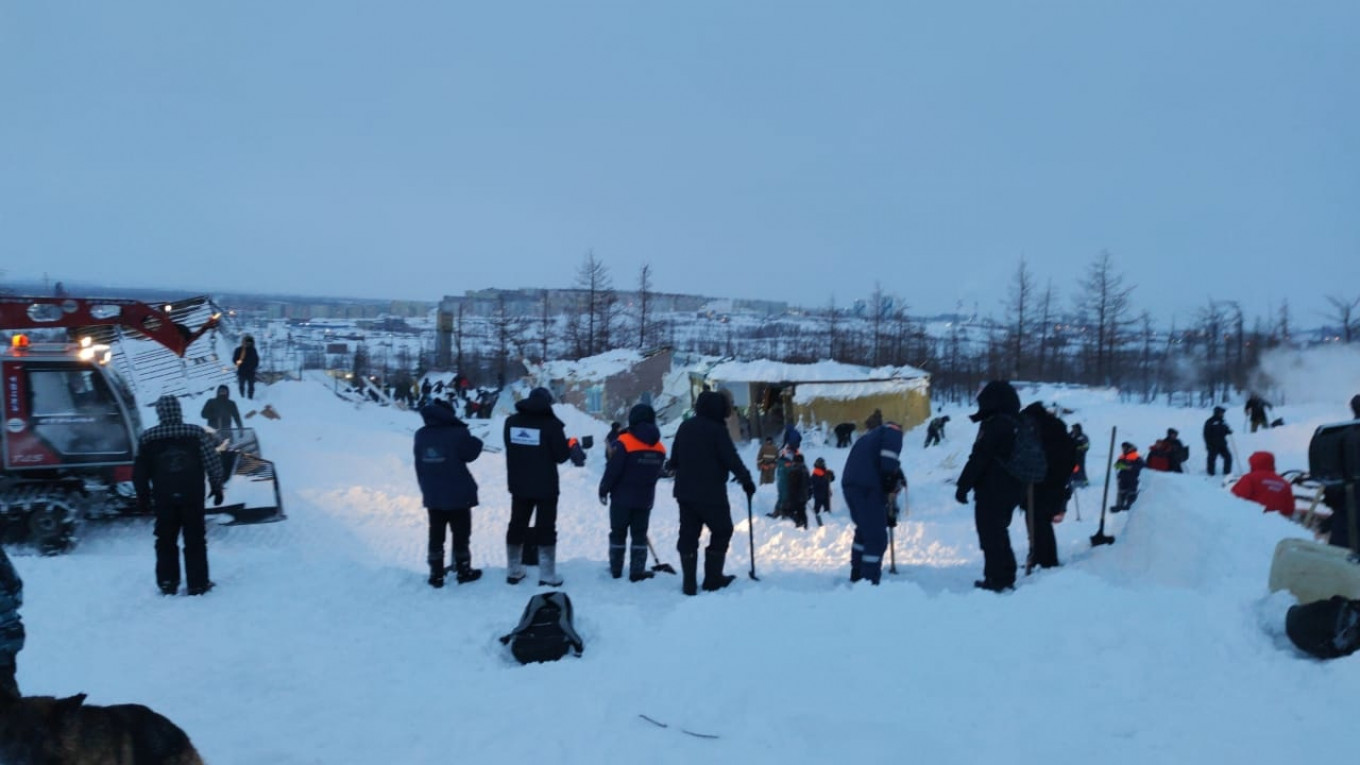 Three people were killed after an avalanche swept through a ski resort outside the Arctic city of Norilsk overnight, Russian investigators said Saturday.

The Investigative Committee, which probes major crimes, said it was notified at 00:30 local time (1730 GMT) that an avalanche had buried four buildings under snow at the Otdelnaya Gora ski complex in the town of Talnakh, 25 kilometres (16 miles) north of Norilsk.

Rescuers had recovered the bodies of a 38-year-old woman, her 18-month-old child and 45-year-old husband. A 14-year-old was found alive and “taken to the hospital with serious injuries”.

READ MORE:  Which Americans will get the Covid vaccine first?

The Investigative Committee added that it had opened a criminal case into deaths by negligence as a result of safety violations.

Video published by the emergencies ministry showed rescuers shovelling snow off a building packed to its roof during the night.

On Instagram Saturday morning the emergencies ministry branch in Siberia’s Krasnoyarsk region, which includes Norilsk, said all of the missing people had been found and it was ending the search and rescue mission.

Rescue volunteer Maxim Inikhov told journalists all of the buildings were unoccupied at the time of the avalanche except for one housing the director of the resort’s ski lift, Vlad Popov, his wife and their two children.

“We have a very strong blizzard so there were very few people vacationing today at the ski resort,” Inikhov told Rossiya-24 television.

Avalanche accidents are not uncommon in Russia.

In spring 2019, seven climbers died in an avalanche in Siberia’s Altai mountains.

Spread of COVID-19 is now ‘out of control’, London mayor cries out

Has Dua Lipa just released the album of...

Tunisia cracks down with arrests in Italy hazardous...