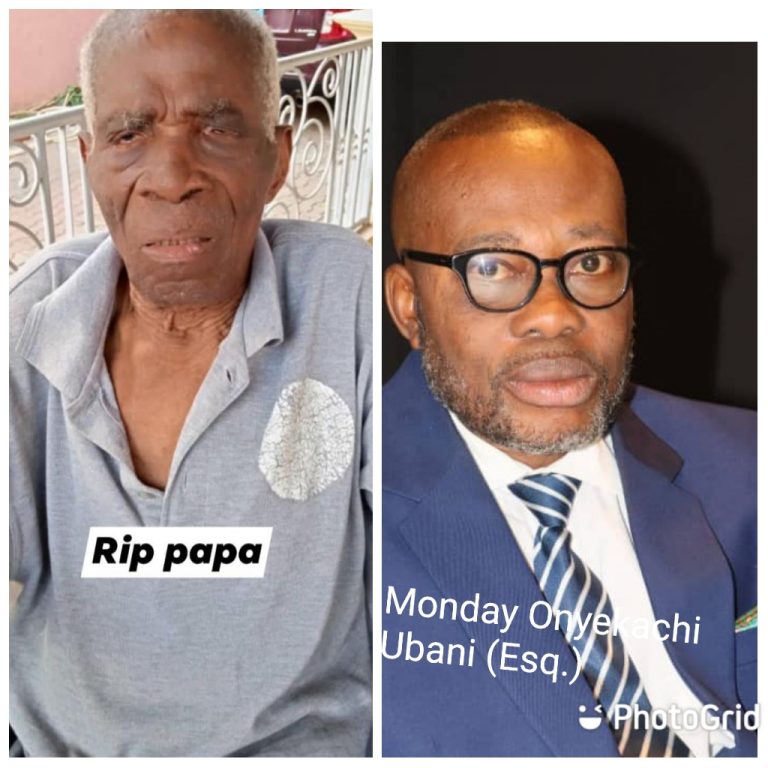 Pa Ubani Egbedubi Nwokocha, the father of the Chairman of Nigerian Bar Association Section on Public Interest and Development Law, NBA-SPIDEL, Dr. Monday Ubani has passed on at the age of 101.

The Centenarian who was popularly known as Egoro amongst peers and friends died on January 3, 2022 at Lagos State but his remains has been taken to Abia, his home State.

Dr. Ubani who was his only son, confirmed the death of his father in a statement on Wednesday.

Ubani in the statement noted that his beloved father lived a fulfilled life and will be greatly missed by relations, friends, neighbours, grand children and villagers.

Burial arrangements according to him will be announced later in the year by his family.