It is no longer news that Big Brother Naija, (BBNaija) Erica and her love interest, Kiddwaya of the current reality show have not failed to provide their viewers with activities that get them talking and pouring aspersions on them on daily basis.

Saying that the two lovebirds have become the center of attraction to all viewers is an understatement, as Erica was seen being f!ngered by her love interest on the screen.

Although some nurture ill feelings towards the duo of Erica and Kiddwaya over their frequent amorous affairs irrespective of the prying eyes of the general public, some have come out to condemn Erica’s lack of self control, while some without fear whatsoever tag her “a whore”.

This time, some of the disgruntled viewers have attributed Erica’s open amorous relationship with the billionaire’s son to poor upbringing while some blame her immoral behaviour as displayed on the screen on her mother, alleging that Erica was raised without a father.

This assertion is yet to be verified by Famous Reporters.

It would be recalled that a woman who is believed to be Erica’s mother had recently rained insults and abuses on Laycon for trying to force himself on Erica, her supposed daughter.

Meanwhile, some persons have advised the Abia born young lady to abstain from the immoral involvements, insisting that such could ruin her career, whereas others insinuate that Kiddwaya is a “play boy” and have advised Erica to focus on the game and quit intimacy with Kiddwaya.

Below are some screen shots: 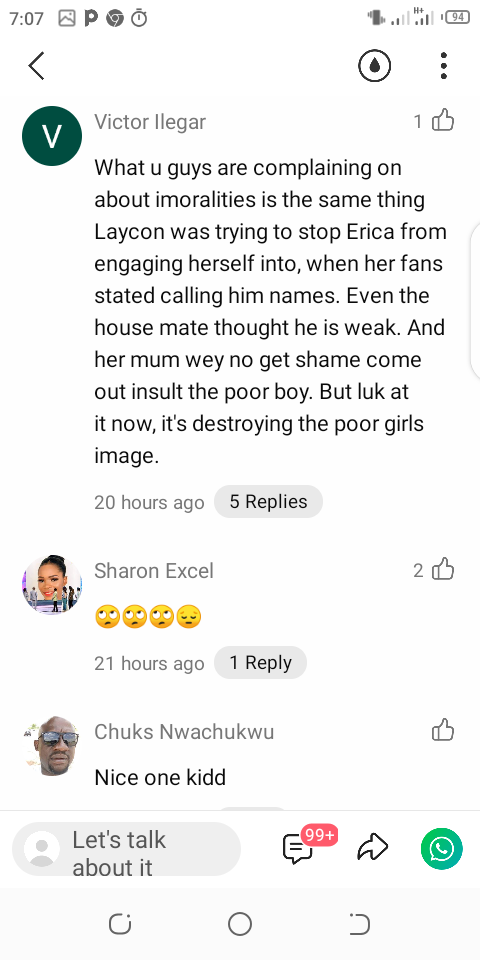 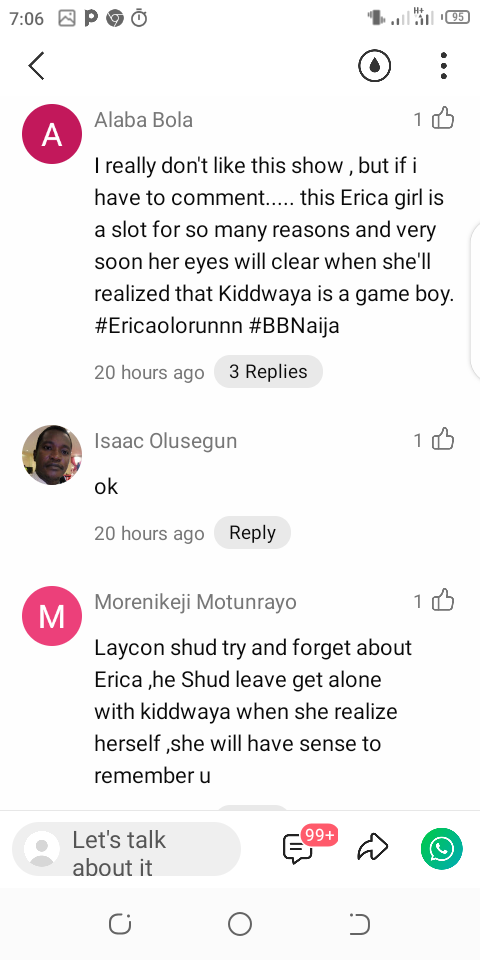 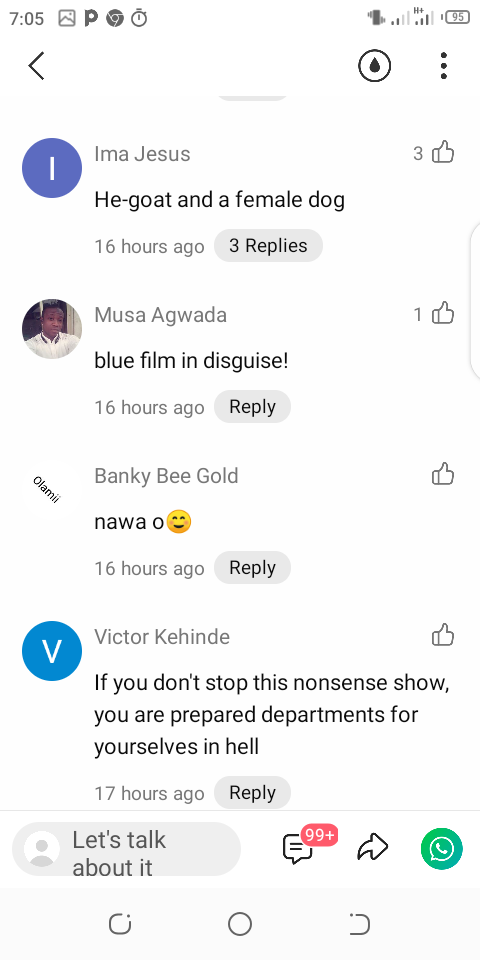 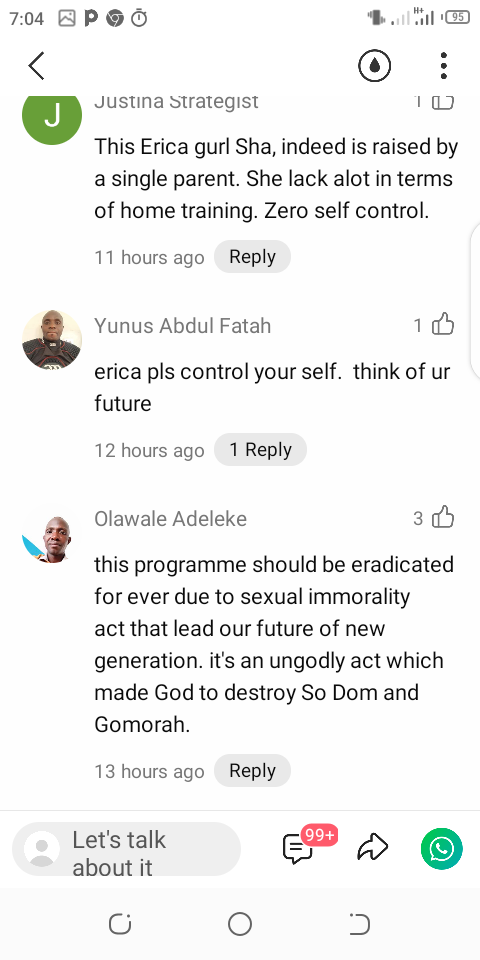 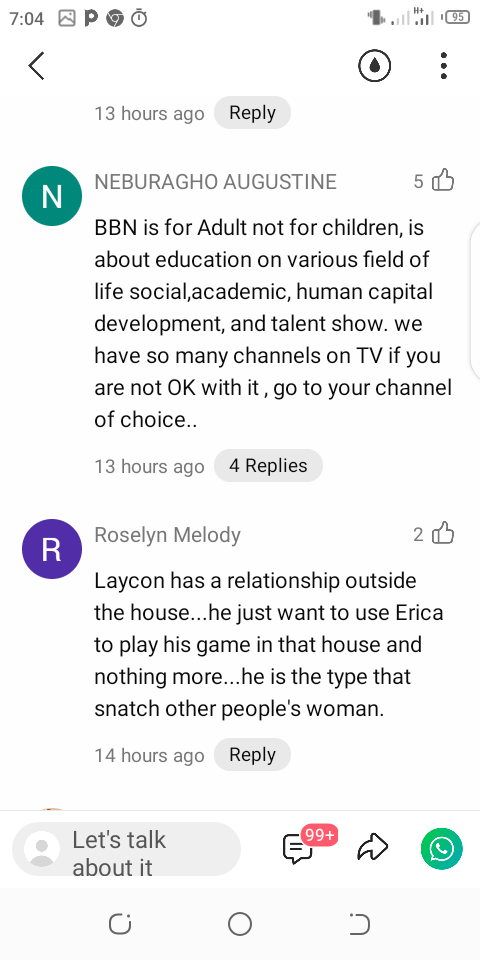 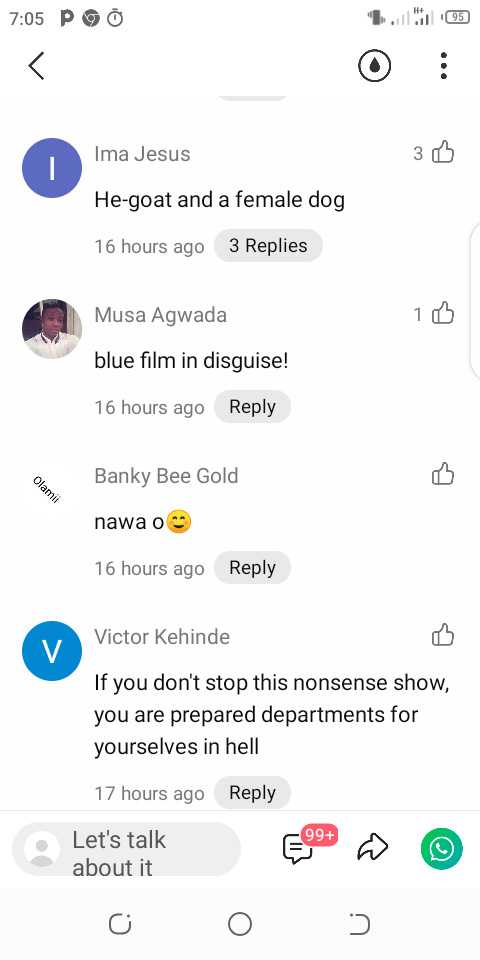 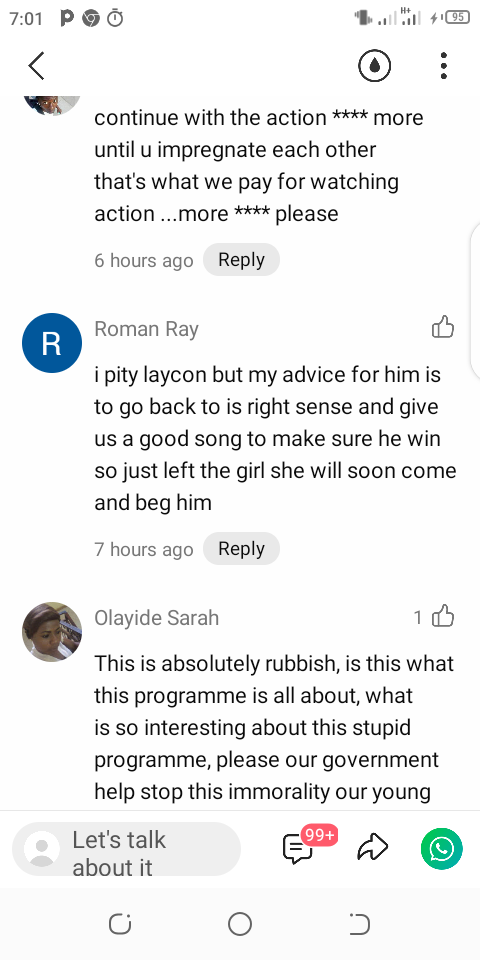 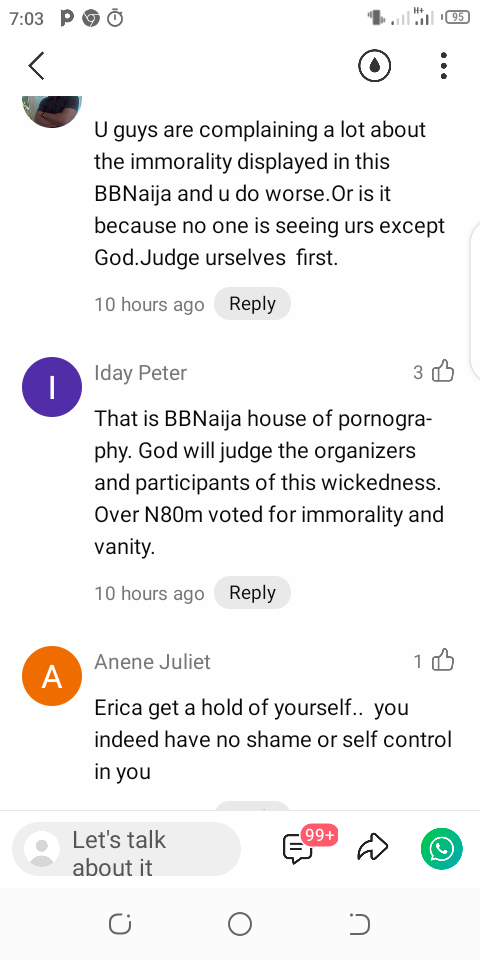 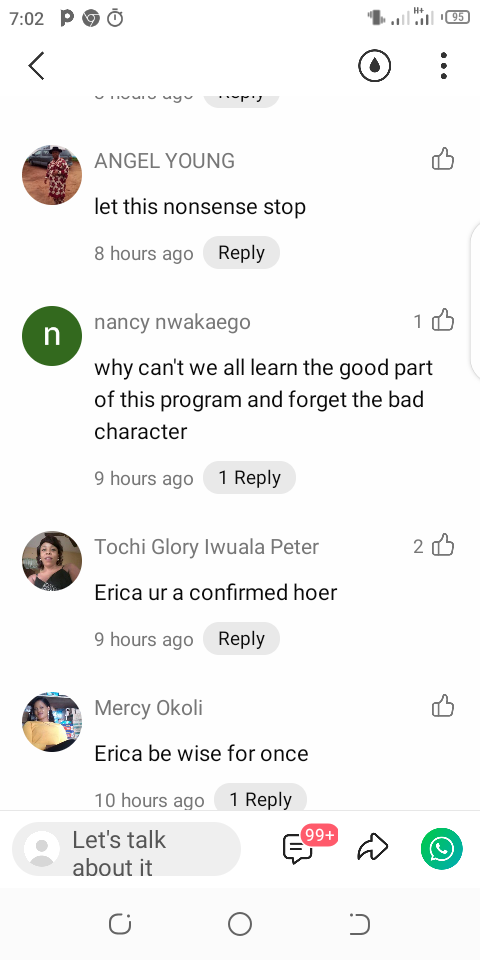 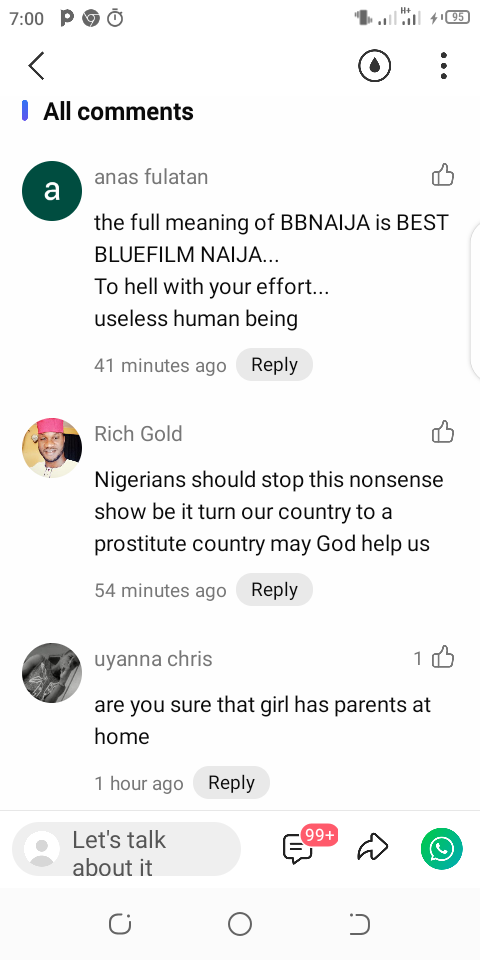 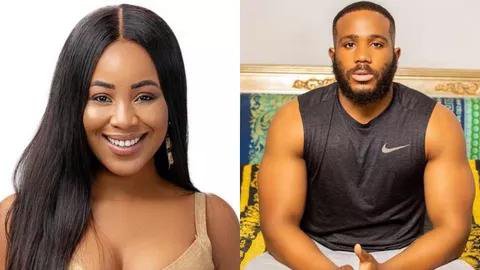 10 Emerging Facts About UNILAG New VC, Soyombo…No 7 will shock you

‘Tiger King’: Carole Baskin Isn’t the Only One...

Evangeline Lilly gets real about her personal struggles:...

‘The Bachelorette’: Clare Crawley Gets Real About Her...

Nikki and Brie Bella Show Off Their Baby...

Review: Bloodshot is the solid escapist fare we...

Governor Ikpeazu To Interact With Abia...