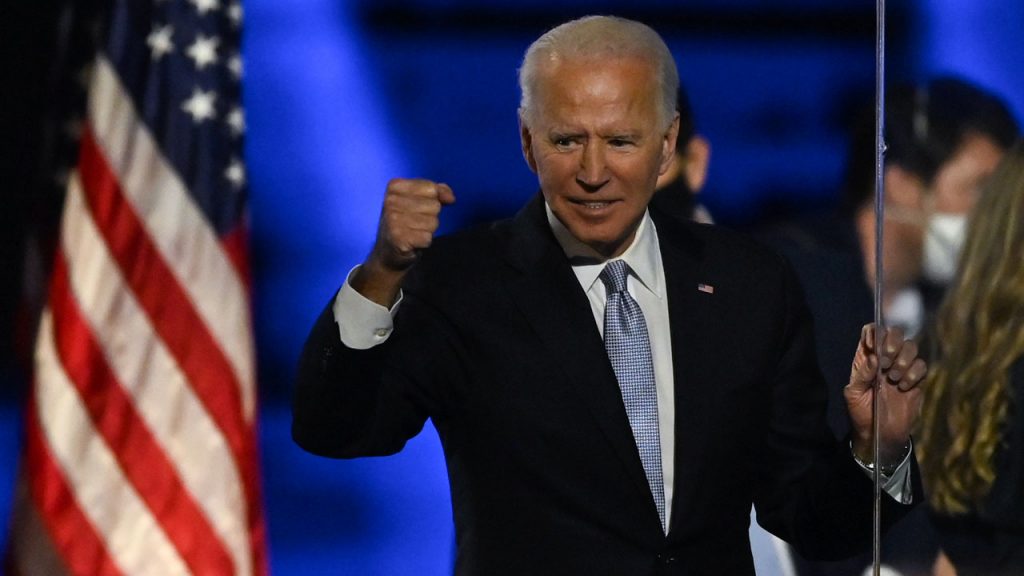 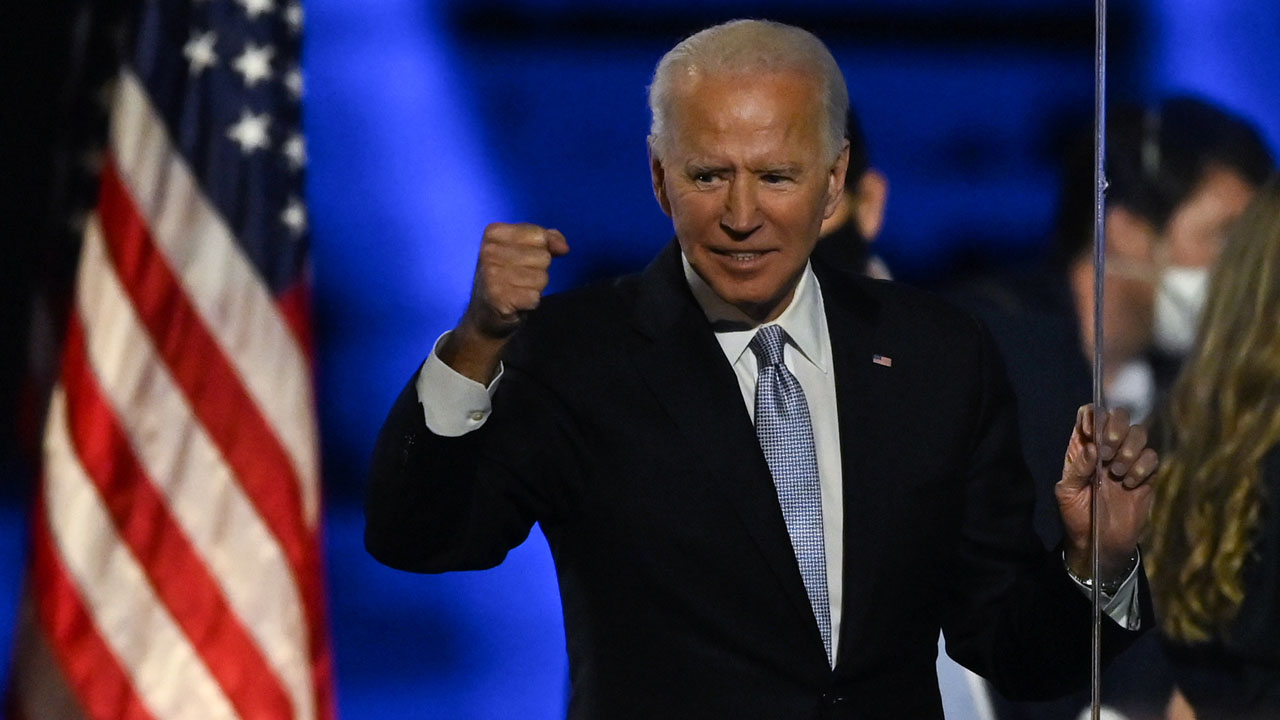 US President-elect Joe Biden holds up his fist after delivering remarks in Wilmington, Delaware, on November 7, 2020, after being declared the winners of the presidential election. (Photo by Jim WATSON / AFP)

US president-elect Joe Biden has a foot fracture and will likely have to wear a medical boot, his team said Sunday after the 78-year-old was taken to the doctor because he had slipped while playing with his dog.

Biden, who will become the oldest US president upon his January swearing-in, suffered the injury Saturday with Major, one of his two German shepherds.

The president-elect’s personal physician Kevin O’Connor initially said x-rays had not uncovered any “obvious fracture”, but added that an additional CT scan would still be done.

That scan “confirmed hairline (small) fractures… in the mid-foot,” O’Connor said in a subsequent statement released by Biden’s office.

He added that the former vice president, who won election against Donald Trump in November, “will likely require a walking boot for several weeks”.

With both Biden and Trump in their 70s, age was an issue in the presidential race, even if it often took a backseat to pressing matters like the Covid-19 pandemic.

“Get well soon!” Trump said on Twitter, in a retweet of an NBC video showing Biden leaving an orthopedic office.

Trump’s health was briefly of intense concern when he caught Covid-19, but the president resumed campaigning after getting a series of treatments — including an experimental antibody cocktail.

Trump, a famously finicky germophobe, was the first president in over a century to not have a dog.

The Bidens fostered and then adopted Major in 2018, while Champ has been with the family since 2008.

Biden officials have said Major will become the first rescue dog to live in the White House.