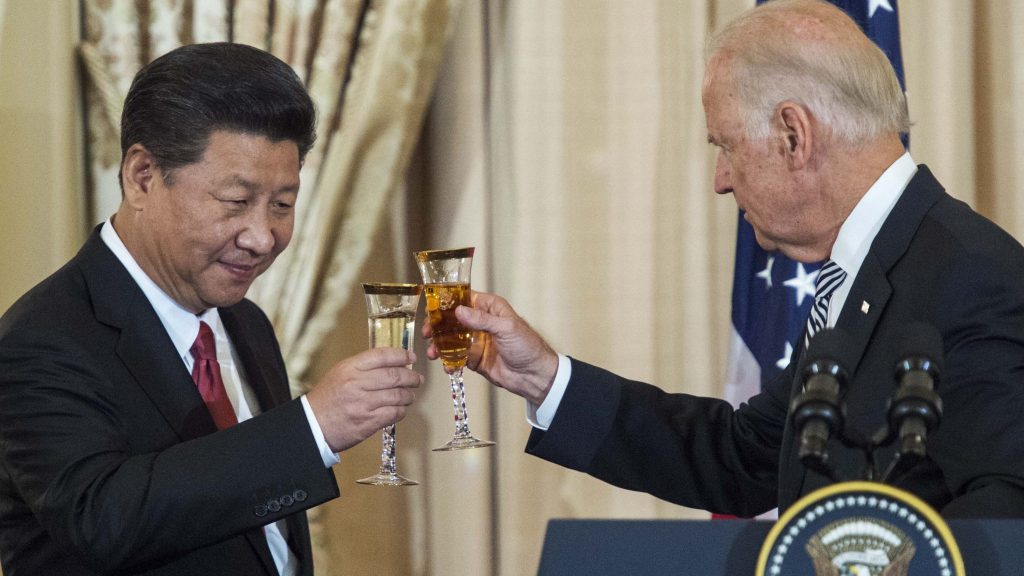 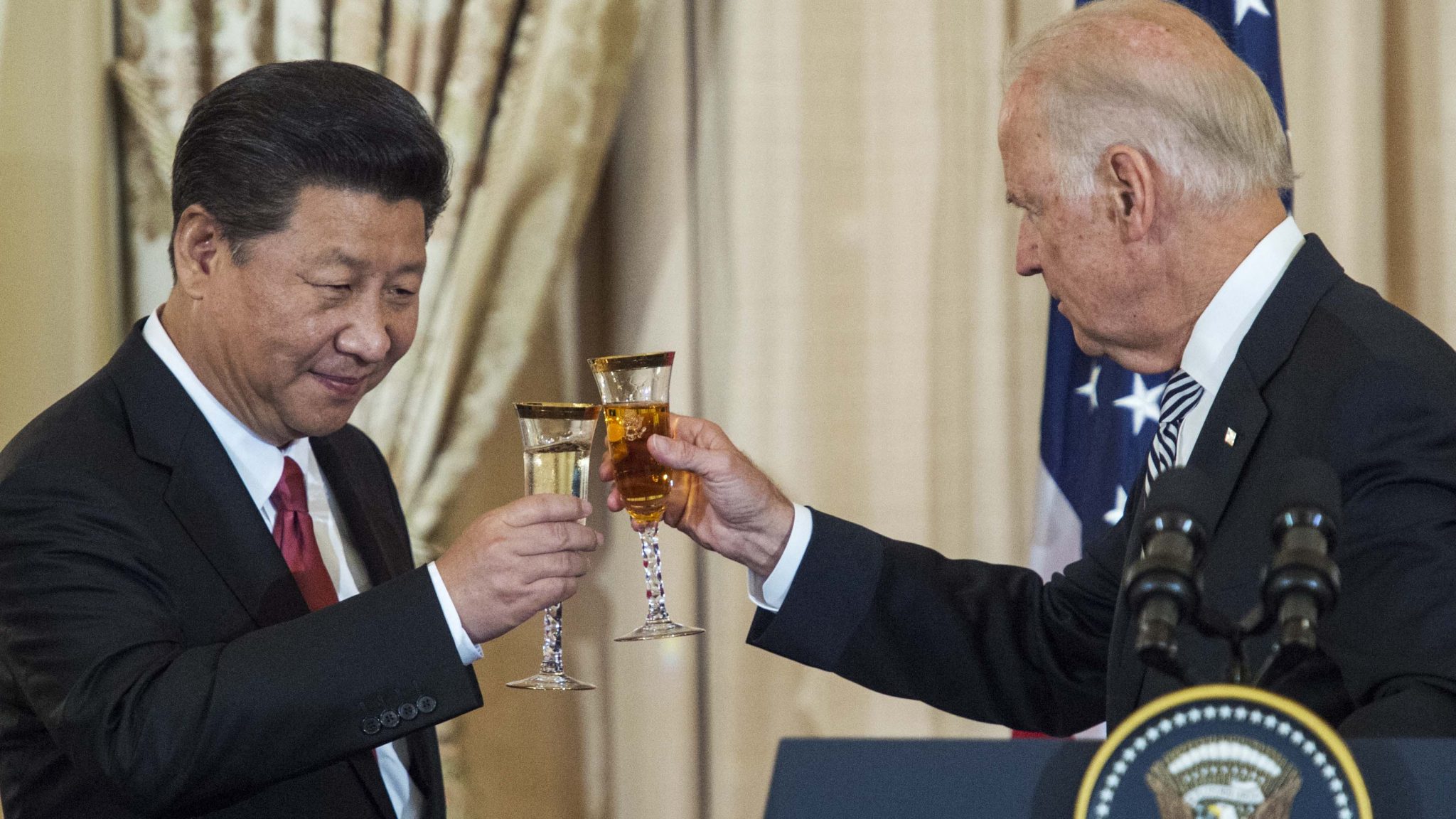 (FILES) In this file photo taken on September 25, 2015 US Vice President Joe Biden and Chinese President Xi Jinping toast during a State Luncheon for China hosted by US Secretary of State John Kerry at the Department of State in Washington, DC. – US President Joe Biden expressed concerns to Chinese leader Xi Jinping about human rights in Hong Kong and Xinjiang late February 10, 2021, in their first call since Biden took office on January 20, according to the White House. (Photo by Paul J. RICHARDS / AFP)

Joe Biden pressed Chinese leader Xi Jinping over human rights in Hong Kong and Xinjiang late Wednesday in their first call since the new US president took office on January 20, according to the White House.

Setting the stage for what could be a contentious relationship between the two superpowers, Biden offered Xi his “greetings and well wishes” for the Chinese people on the occasion of the Lunar New Year celebrations, the White House said in a statement.

But, establishing his own foundations for Washington-Beijing ties after four tumultuous years under predecessor Donald Trump, Biden immediately challenged his counterpart over China’s projection of power in the Indo-Pacific region, the crackdown on pro-democracy activists in Hong Kong and the oppressive treatment of millions of Muslim Uighurs in the Xinjiang region.

READ MORE:  Hannity: It's time to get America back to work

In the call Biden told Xi that his priorities were to protect the American people’s security, prosperity, health and way of life, and to preserve “a free and open Indo-Pacific,” the White House said in a statement on the call.

Specifically, Biden “underscored his fundamental concerns about Beijing’s coercive and unfair economic practices, crackdown in Hong Kong, human rights abuses in Xinjiang, and increasingly assertive actions in the region, including toward Taiwan,” it said.

“Biden committed to pursuing practical, results-oriented engagements when it advances the interests of the American people and those of our allies,” the White House said.