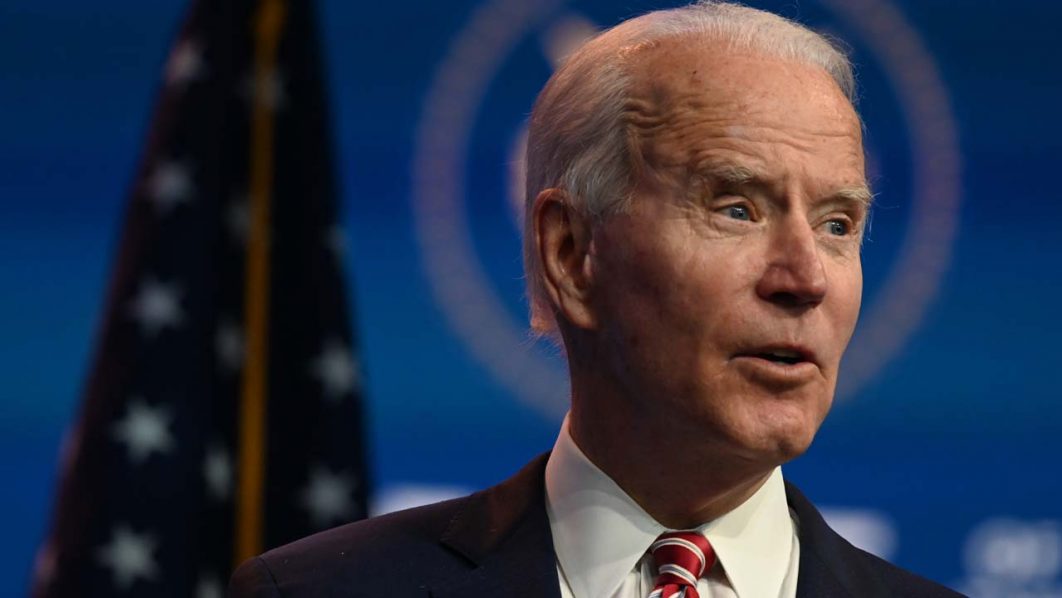 US President-elect Joe Biden will name on Tuesday the first picks to be part of his administration, his chief of staff said, even as Donald Trump continues to evoke unsubstantiated fraud and to insist he defeated the Democrat.

That announcement underscored Biden’s preparations to assume the presidency in January despite Trump’s moves — efforts increasingly seen as futile even by many Republicans — to try to undo the results of the November 3 vote.

“You are going to see the first of the president-elect’s cabinet picks on Tuesday of this week,” Biden’s chief of staff Ron Klain told ABC’s “This Week” on Sunday.

A growing number of senior Republican figures have either recognized Biden’s victory or at least urged the head of the General Services Administration — the usually low-profile agency that manages the federal bureaucracy — to release federal funds for the Biden transition.

Former New Jersey governor Chris Christie, who served as an advisor during the Trump transition, said on ABC that the president’s spate of legal challenges was a “national embarrassment.”

Maryland Governor Larry Hogan, another Republican, said on CNN that Trump was making the country look like a “banana republic,” while ex-national security advisor John Bolton said on the same program that the president’s actions amounted to “throwing rocks through windows.”

North Dakota senator Kevin Cramer defended Trump’s insistence on ensuring the election was fair, but added on NBC that it is “past time to start a transition.”

And even Representative Devin Nunes, an ardent Trump loyalist, conceded in backhanded language on Fox News that Biden was “the first guy to run a successful campaign from a basement.”

Trump again tweeted on Sunday about “massive and unprecedented fraud,” an assertion Trump lawyers have failed to substantiate.

But his latest Twitter protestations came a day after yet another serious legal setback when a Pennsylvania judge threw out Trump’s claims of fraud there is a scathing judgment.

Pennsylvania was a must-win state this year and went solidly into Biden’s column after backing Trump in 2016.

His ruling paved the way for Pennsylvania to certify Biden’s victory there, which is scheduled to take place Monday.

Biden won the state-by-state Electoral College votes that ultimately decide who takes the White House by 306 to 232.

The Electoral College is due to formally vote on December 14, with certifications to take place beforehand.

States’ certification of results of their popular votes is usually routine following a US presidential election.

But Trump’s refusal to concede has complicated the process and drawn concerns that he could cause long-term damage to Americans’ trust in their voting system.

The Pennsylvania court ruling prompted a Republican senator from the state, Pat Toomey, to join the ranks of Republicans recognizing Biden’s victory, saying the Democrat “won the 2020 election and will become the 46th president of the United States.”

“President Trump should accept the outcome of the election and facilitate the presidential transition process,” Toomey said in a statement.

The judgment in Pennsylvania came hours after Republicans also requested a delay in certification in Michigan, another battleground, in a letter that repeated allegations of irregularities in the state which Biden won by 155,000 votes.

They asked for a delay of two weeks to allow for a full audit of results in Wayne County, the state’s largest and where majority-black Detroit is located, which was won overwhelmingly by Biden.

Michigan’s board of canvassers, which includes two Democrats and two Republicans, is also due to meet Monday to certify the results.

Republican Party national committee chairwoman Ronna McDaniel and the party’s Michigan chair Laura Cox called on the board to “adjourn for 14 days to allow for a full audit and investigation into those anomalies and irregularities.”

Michigan’s Secretary of State Jocelyn Benson has said that audits cannot be conducted until after certification because officials do not have legal access to the documents needed until then.

On Saturday, she posted on Twitter that there had been “no evidence” to draw into question the result of the election.

Biden has so far moderated his criticism of Trump’s actions, though he has spoken of “incredibly damaging messages being sent to the rest of the world about how democracy functions,” adding: “It’s hard to fathom how this man thinks.”

Trump ramps up pressure on Pelosi over stalemate...

Patel: Sorry if staff feel there were PPE...