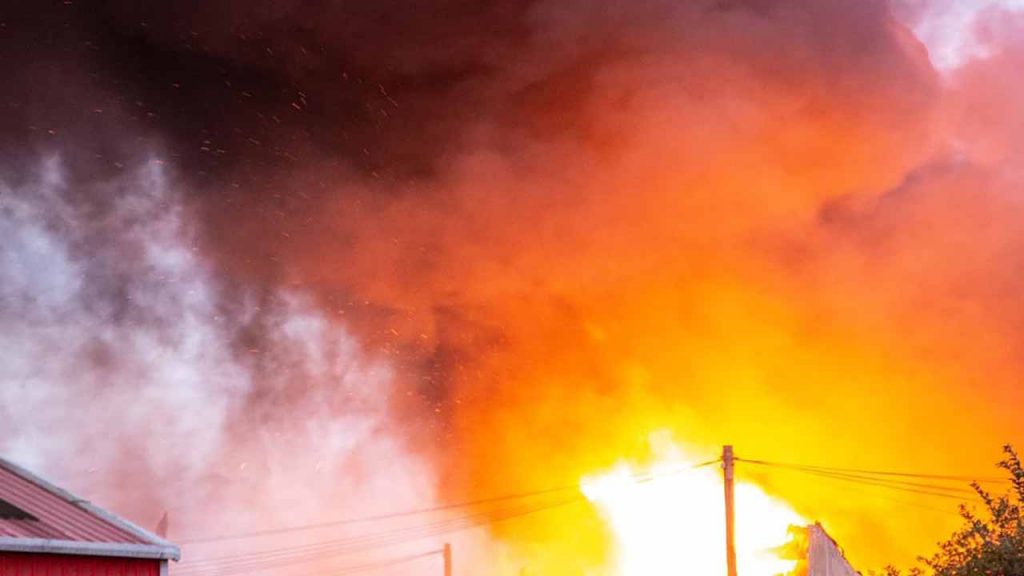 Mr Ochoche Ode, father of three children has narrated how he lost his three children in fire outbreak, in the early hours yesterday, Friday, in Benue State.

According to an eyewitness, who spoke to the News Agency of Nigeria (NAN) on condition of anonymity, the ugly accident happened in a two-bedroom flat of Jesus College Quarters, home of the father of the victims, Mr Ochoche Ode, at about 1:am.

According to Ode, his wife’s younger sister was the first to observe the incident, as she perceived a burn from one of the rooms while three of his kids were fast asleep.

Speaking amidst trauma, Ode explained that he was in one of the rooms with his wife when they got wind of the incident.

Hear him: “As I was about going to find out what was happening, the fire surged, covering the whole room where my kids were sleeping, and in an attempt to force myself into the room to rescue the children, my face got badly burnt.

“All attempts by neighbours to quell the fire failed and all my three children were burnt to death,” Ode said.

Meanwhile, the Benue State Police Command has confirmed the death of three members of a family from a fire outbreak in Otukpo, Otukpo Local Government Area of the state.

However, the cause of the fire outbreak was yet unknown at the time of filing this report.