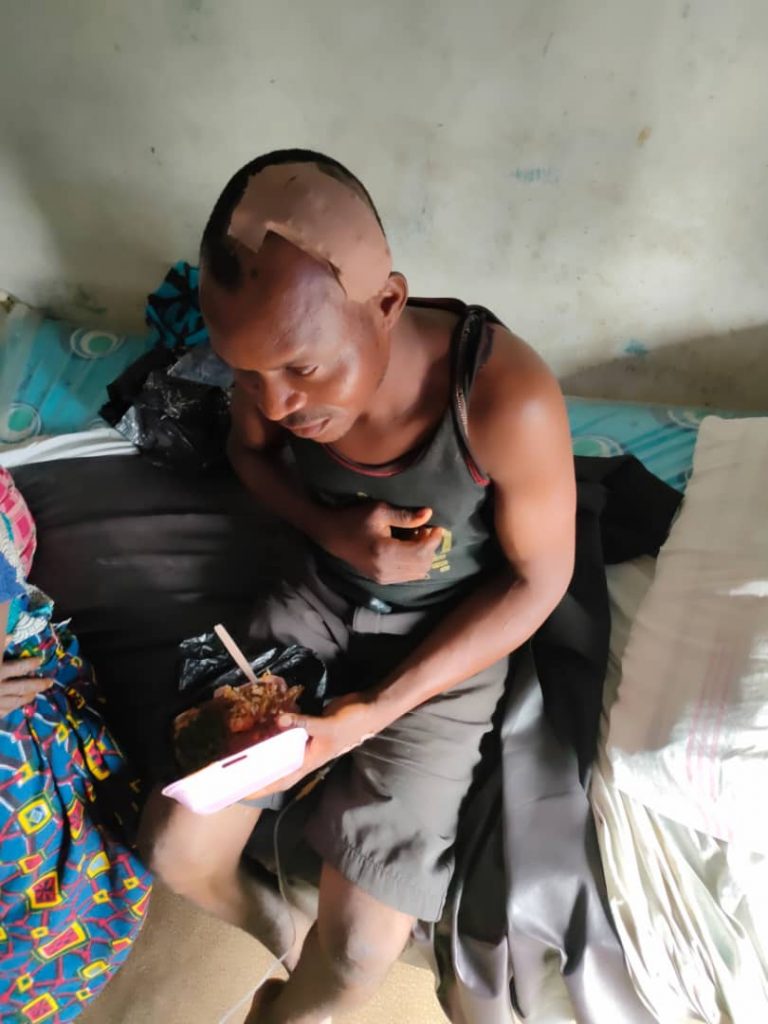 Over two thousand Women from Nkalagu Community in Ishielu Local Government Area of Ebonyi State, have called on both the state government and security agencies to curb incessant attacks in the area by alledged cultists.

The women who dressed half naked along the major highway made the call at Nkalagu while protesting against the increase of destructions of lives and properties in the area.

In an interview with the women leader Mrs. Chinwe Onyirugwu, she noted that if government and Security agencies continue to pay deaf ear to the attacks alledgedly sponsored by their council chairman, they will have no option than to use every available Igboessa tradition to place generational curse on the Chairman.

“Ishielu council chairman Mr. Sunday Eze is sponsoring all kinds of cult activities in Nkalagu Community by giving guns and other dangerous weapons to few Nkalagu Youth which they have been using to terrorise Nkalagu Community regularly.

“Today, some of our people sustained bullet injury, some matchet cuts, houses razed down and other attacks. We cannot continue like these. If Government fails to do the needful, we will use every available Igboessa tradition to place generational curse on the Chairman of Ishielu local government Area for bringing destructions of lives and property instead of democracy dividend” she said

According to him, the attack is visibly sponsored by the chairman of Ishielu LGA chairman Mr. Sunday Eze.

When Tribune online contacted the chairman of the Area, Hon Sunday Eze, in a telephone interview said he is not responsible of the crisis.

His words ” I didn’t cause any crisis, the crisis is happening at the community where the Senator is coming from, he was just hurting those that are not supporting his political ambition of becoming the governor. If you go round, you will see the houses that were destroyed including the councilor, traditional Ruler and some others.

“Chinwe is the closest persons to Sen Ogba’s wife, ask anybody in Nkalagu. So I can tell you the protest is just an arranged one “.

However, in a phone interview also, the Senator representing Ebonyi Central Sen. Joseph Obinna Ogba, while refuting the alleged accusation by the Chairman of Ishielu Local Government that he is sponsor of the crisis over his ambition to run for 2023 Governorship election through his Media spokesperson Mr. Godfrey Chikere, said ” If he is assuming that the women that protested today was sponsored, I expected him if he is a council Chairman that loves peace, to organize a counter protest if his people love him. I want to ask him if he cited senator Ogba at the protest or the way he is alleging that the protest was sponsored by senator Ogba’s wife.

” For your information, Senator Ogba’s wife is an academics, she is currently the Dean, Faculty of Education, Alex Ekwueme Federal University Ndufu-Alike Ikwo(FUNAI). The woman cannot leave such exalted office to be sponsoring village protest and they were evidences of people that were maltreated.

“There were evidences of gunshots; those that were axed and those that were macheted within the community. Was Senator Ogba there? There have lbeen traces of violence in Ishielu local government area. Is Senator Ogba the Chairman of the local government? The women have said that they will go traditional and the Chairman is from Igboessa clan and he knows what it means if women come out half naked to protest against him”. He said