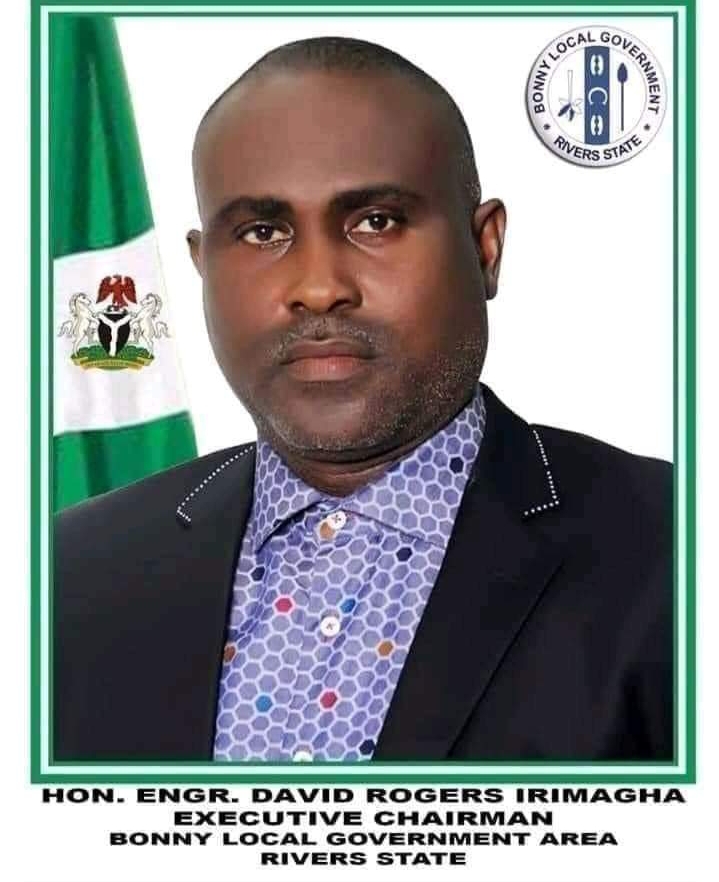 This is contained in a statement signed by Mr. Bob Abayomi, the
Chief Press Secretary, Port Harcourt City Local Government and made available to Famousreporters.com.

Describing the deceased as an outstanding leader with creditable performances in his first term, Mayor Ihunda explained that the former had great plans to drive Bonny Kingdom this second term to greater heights, but regretted that he could not live to realize his dreams for the Council.

In his hearty message, Ihunda wrote:

“Until his unfortunate demise on Saturday 18th September 2021, Hon. Irimagha was an outstanding leader who performed creditably in his first term and had great plans for the people of Bonny this second term.

“On behalf of the Government and people of Port Harcourt, I wish to sincerely express my heartfelt condolences to the immediate families, the King and people of Bonny Kingdom over the demise of their Local Government Chairman, Hon. Engr. David Rogers Irimagha.

“We share with the bereaved in this moment of grief and mourning, also pray that they’ll find solace in the fact that the deceased lived his life to the service of God and humanity.

“May his gentle soul rest in the bosom of our creator till the resurrection morning”, wailed.

It would be recalled that Late Hon. Engr. David Rogers Irimagha was elected into office on April 17, 2021 as the local government chairman of Bonny LGA of Rivers State, under the People’s Democratic Party, PDP.