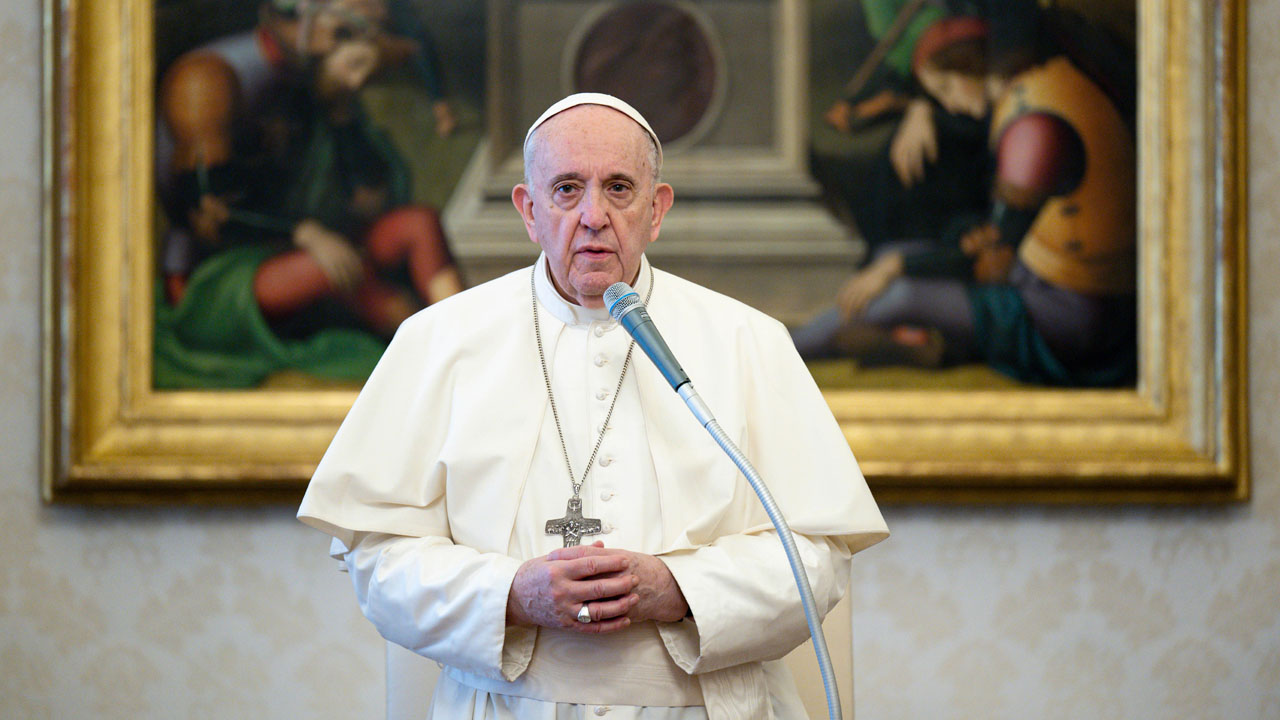 This handout photo taken and released on November 4, 2020, by the Vatican Media, shows Pope Francis (C) speaking during a private and restricted weekly general audience in the library of the Apostolic Palace in the Vatican as part of precautionary measures against the spread of the Covid-19 caused by the novel coronavirus. (Photo by – / VATICAN MEDIA / AFP)

Pope Francis will be unable to celebrate New Year’s masses Thursday evening and Friday morning at St Peter’s Basilica because he is suffering from sciatica, the Vatican announced.

The chronic nerve condition that causes hip pain for the 84-year-old meant that “celebrations this evening and tomorrow morning… will not be led by the Holy Father,” Vatican spokesman Matteo Bruni said in a statement.

Giovanni Battista Re, the dean of the College of Cardinals, will celebrate the vespers on Thursday, while Vatican Secretary of State Pietro Parolin — the pope’s right-hand man — will preside over the New Year’s Day mass, Bruni said.

Later Friday, the pontiff will lead the Angelus prayer from the library in the Apostolic Palace “as planned”, the spokesman said.

In addition to the Argentinian-born pope’s official events reported by the Holy See’s press office, he also has many private meetings at the Vatican’s guest house Santa Marta, where he lives.

During Italy’s first lockdown in March, Francis initially delivered his Sunday Angelus prayers from the Vatican library instead of his usual window overlooking crowds on Saint Peter’s Square.

The restriction prompted him to say he felt “caged”, and he made several brief appearances at the window, greeting the few people who ventured out into the vast square.

The pope has a risk factor for Covid aside from his advanced age. When he was 21 years old in 1957, he suffered from severe pleurisy, requiring surgery to remove part of his right lung, according to biographer Austen Ivereigh.

The Vatican has not yet indicated when the pope may be vaccinated against Covid-19.

Do Not Adopt Conventional Election Method…...