Breaking: Dead man wins seat in state legislature *His dog was the love of his life… Mother 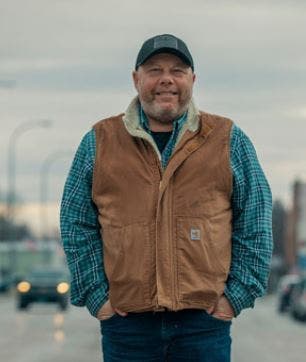 David Andahl, a 55-yar-old cattle rancher, according to The New York Times died last month, after being hospitalized with the coronavirus, the Bismarck Tribune reported. Mr. Andahl’s mother, Pat Andahl, told the newspaper that her son, a Republican who in June defeated a longtime incumbent in the primary vote, had been looking forward to joining the state legislature.


He had a lot of feelings for his county and his country and wanting to make things better, and his heart was in farming,” Ms. Andahl told the Tribune. “He wanted things better for farmers and the coal industry.”

Mr. Andahl, who won 36 percent of the vote, and Dave Nehring, who won 41 percent of votes, were elected to represent North Dakota’s eighth state house district.

Because mail-in voting began in the state on Sept. 18, Mr. Andahl’s name could not be removed from the ballot after his death, North Dakota’s secretary of state, Alvin Jaeger, said.


Mr. Jaeger, who has held his position since 1993, said he did not recall any other time that a candidate in North Dakota had died while balloting was underway.

Wayne Stenehjem, North Dakota’s attorney general, wrote in an opinion in mid-October that state law allowed for a candidate who died after voting had started to be elected to the legislature, and that the seat would be treated the same way as if there was a vacancy following the retirement or death of lawmaker.

According to North Dakota legal code, if there is a vacancy in the state legislature, the district committee of the political party of the deceased person should hold a meeting within 21 days of the vacancy and appoint someone to fill it.

Ms. Andahl, in the Tribune interview, said her son was a racecar driver in Las Vegas. His dog, a Rottweiler named Hank, “was the love of his life,” his mother told the newspaper.