Breaking!! NASS: “You’re Our Next President”, Supporters Chant As Kalu Resumes At Senate 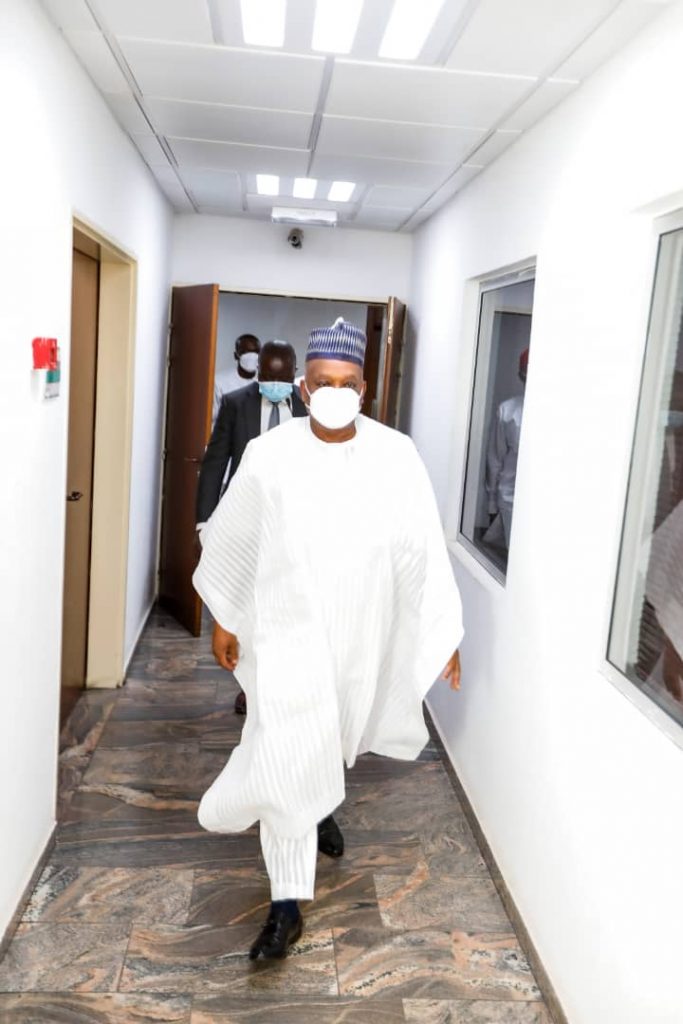 Breaking!! NASS: “You’re Our Next President”, Supporters Chant As Kalu Resumes At Senate

Chief Whip of the Senate, Senator Orji Uzor Kalu was on early hours of Tuesday greeted to rousing welcome by staff as well visitors at the National Assembly as the Abia North Senator arrived the Parliamentary building complex to resume his legislative duties following the end of Christmas break embarked on by the Senate on January 18, 2021.

Kalu in his routine manner of turning early for work arrived at NASS complex at exactly 9:35am, garbed in white Agbada and multicoloured traditional Northern hat.

Alighting from his black coloured 2021 Toyota Hiace,Kalu who recently declared his ambition to contest the 2023 All Progressives Congress Presidential ticket was welcomed to choruses of “You are our Next President” by staff, visitors and other passersby from the entrance to the hallway of the Red Chambers.

Kalu in turn waved back in acknowledgement of their chants and show of love, the former Governor later proceeded to the Senate reception room in preparation for day’s plenary session.

Recall that the former Governor and 2007 Presidential candidate had last week in a special interview declared his intention to succeed President Buhari in 2023, in his address Orji Kalu stressed his belief that the South-East is ripe for the Presidency and that it should be the turn of the region to produce the next President.

Prior to his declaration Kalu has received the endorsements of notable groups around the country citing his capability as well as fairness and justice to the Southeast region.