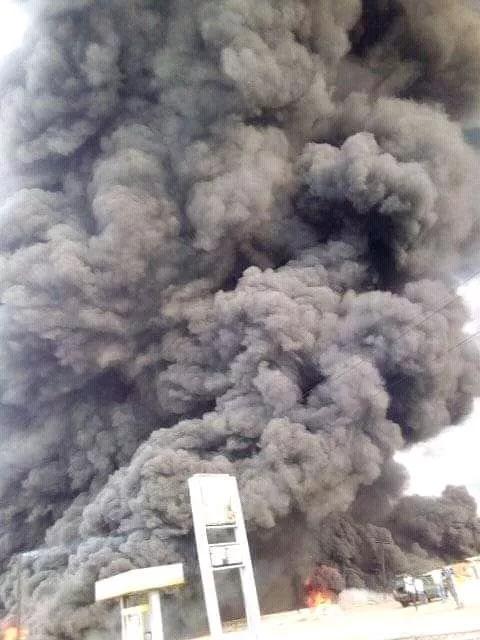 Many lives and vehicles were lost in a fire outbreak  in the early hours of today, Wednesday around Felele area of Lokoja metropolis. 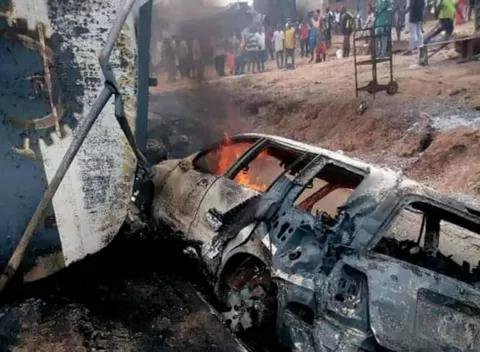 The victims include students of Kogi State Polytechnic, primary school pupils and other citizens.

He said the governor expressed shock over the explosion, saying it is the greatest tragedy the state has witnessed in recent times.

Bello condoled with families of the victims. He also asked students of the state polytechnic to remain calm and peaceful.

“Governor Bello is very sad to learn of the tragic loss of lives, many vehicles, property and other valuables in the petrol tanker fire while expressing his deepest condolences to the family of those affected by the ugly occurrence,” the statement read.

“He said this is sadly the greatest tragedies the state has witnessed in recent times while describing the unfortunate accident as a sad development and shares the feeling of those who lost their loves ones in this incident.

“The Governor also urged the students of Kogi State Polytechnic to remain calm and peaceful, stating that he equally shared in their grieving moment over the death of some of their colleagues in the disaster.”