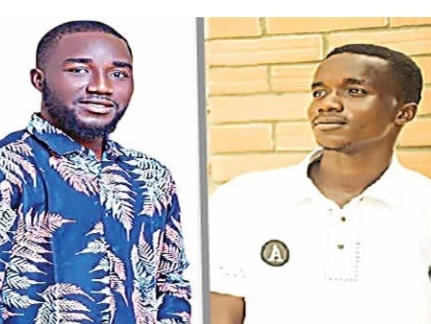 Brother of young man who drank 2 bottles of sniper says he wore his new dresses and took photographs of himself the previous Sunday before his death.

It would be recalled that an Abuja based photographer identified as Emmanuel Omole had committed suicide, having struggled with depression.

It was gathered that Emmanuel had bluntly refused to confide in any member of his family or friends, as he resorted to taking his own life.

Peter Omole, the younger brother of a 28-year-old Abuja-based photographer, Emmanuel Omole, who committed suicide, explains how it all happened and how his older brother died after drinking two 50ml bottles of sniper.

Your 28-year-old brother left a suicide note behind saying that he had inner battles he was fighting.

Below are the excerpts:

Did you have any clue as to what the battles were?
No. Not at all.

Were you close to him?
Yes, we were quite close but we lived apart.

Was he staying alone?
Yes.

Was he married?
No. Not yet.

Did he tell you the reason he ended the relationship?
No, he didn’t tell me. I discussed with the girlfriend then to find out what happened and she told me that my brother messed up. He said he was no longer interested and he ended the relationship. I was still with the girlfriend yesterday (Tuesday). She confirmed that she got a message from my late brother before he died, apologising that he was sorry for the pains he caused her.

How would you describe your brother’s temperament and personality?
He was jovial but there were some things he didn’t open up to people about. He kept his personal matters to himself. His best friend was also surprised because he didn’t tell him anything. He didn’t open up on his secrets. He kept things to himself. When we were still living together, he usually gave us gist but he never let us into his personal life. He only talked about his intentions to buy clothes, shoes and the like, nothing more. He didn’t say anything that had to do with his life. After getting new outfits, he would just tell me to come for the old ones.

Did he have a large or small circle of friends?
He had very few friends.

Males or females?
They are mostly males. He had just one female friend.

How did you find out that he was dead?
As of the time he contacted me, he was still in pains. He was going through a lot of pains at the point he sent me a message. He said, “Little bro, I am sorry. I thought I will stay longer but that is no longer possible. Please take care of our mom.” Immediately I read the message, I was surprised by it and wondered what could have happened. I thought of what could have made my brother to send me such a message. So, I called my mom because my mom’s location is a bit closer to where he was.

I told her to be on her way to his place that I would meet her there. My mom left immediately to meet him and when she got there, the door was locked. After much knocking on the door, he could only manage to get up to open the door for her and just after that, he fell down and they rushed him to the hospital. When we got to the first hospital, they said he wasn’t responding fast to treatment, so, they referred us to the Air Force Base Hospital. We took him there immediately in a car. He improved a bit at that moment. He was even saying that he wanted to eat and do many other things.

They gave him a bath and his condition got better. I left for the house to get some items for him. But while on my way, my aunt gave me a distress call, telling me that his condition was worsening; that he couldn’t speak out anymore. The Air Force Base Hospital had to discharge him and said we should take him to the National Hospital, Abuja. On arrival at the National Hospital, they confirmed him dead.

How did you confirm that?
We found it inside his room. When he was able to talk at the Air Force Base Hospital, after responding to treatment, he said it himself that he drank two 50ml bottles of Sniper. The doctor then asked him why he drank it, he said he didn’t know. He himself didn’t know why he drank it. That was what got us confused because the doctor asked him like three times, trying to know the motive behind the action but he said he didn’t know.

What were his last words?
I wasn’t at his bedside as of the time he died; I was on my way home to get some items for him. I left him with my mom, my friend, my aunt and the doctor. I had really hoped that he would survive it all. The last thing he uttered was a question; he asked if he would possibly make it. That was what my aunt told me.

What was your last encounter with him before then?
We only communicated via WhatsApp. That was a day before the day of the incident. I was also receiving treatment as of that time. He chatted with me to find out how I was feeling. The next message he sent was on the day the unfortunate event occurred. He was saying he was sorry that he couldn’t stay long. He also sent me a video of him crying in pains after taking the Sniper. That was before he was taken to the hospital.

What about his photography business?
At that critical moment, he sent me a text containing all his passwords and PINs. He also told me about his camera that was with his friend, that I should go and collect it.

What about his bank details?
Yes, he gave me all of that too but he withdrew all the money in his account just a day before that day.

Do you have an idea of what he used the money for?
I can’t say anything about that. I couldn’t find out about that. The only things I had access to were his account, phones and laptop.

How long had he been in the photography business?
He had been in the business since 2020. That was the time he started doing it on his own, when he got his own camera and every other equipment. He was totally on his own. He went for jobs too at events or places where his services were needed.

What was he doing before then?
He was doing the Bet9ja business, even up to the time he died. He was just using the photography work to support himself.

What level of education did he attain?
Secondary school leaving certificate. He got that in 2015 and he planned to take UTME next year, so as to gain admission into the university. He told me that he had little money he could use to sponsor himself for the start.

How did your parents receive the news of his death?
My mom was very shocked and surprised. She imagined what could have made him to do such a thing. She asked him but he could not tell her at that moment.

What about your dad?
He’s not around. He wasn’t in Abuja when it happened. He was in Osun, so, I was the only male around there. I had to man up.

Do you have an idea if he ran into some form of debts in business or something?
What he told me in the message he sent was that he didn’t owe anyone. I don’t think he was in debt but anything other than that, I don’t know. Even his house rent will be expiring by January next year, so, he still had sufficient time with his rent.

What kind of relationship did he have with your dad before then?
Dad and mom called him regularly.

Was he closer to your dad or mom?
He wasn’t close to dad but they usually talked on the phone. My dad has been living in Osun for the past 10 years. So, they normally talked on phone and I don’t get involved. Dad is no longer with us.

What role was your late brother playing in the family finance?
The major responsibility he took was taking care of my mom. He took care of her and got things for her on a weekly basis. I usually support in my own way too.

What was his position in the family?
He was the first son but the second child. I have an elder sister that is married with kids. She is the first child in the family. I am his immediate younger brother and the last. We are just three.

Has he been buried?
Yes. He was buried at a cemetery close to our house.

Who took responsibility for his burial and all that?
His pastor and some people that he was close to.

Was he committed in church?
Yes. He was committed. He played the talking drum in the church.

Do you know if he confided in the pastor?

What other skills did he have apart from photography and music?
He was a computer operator too. He knew how to make designs on the computer.

How did his church members receive the news?

They were crying. They were surprised too, saying that how could such a calm person have done such. They were in shock when they heard the news.