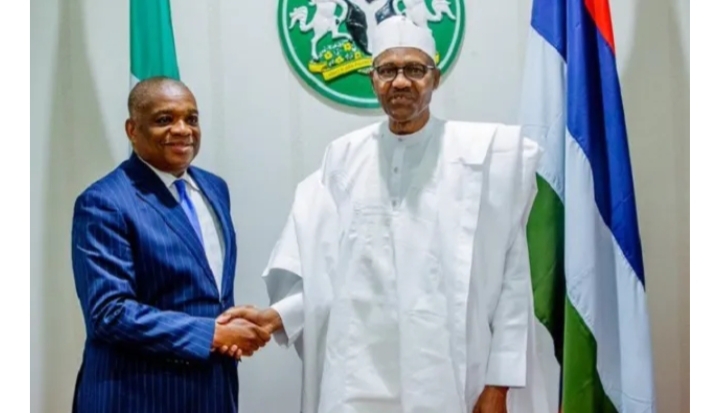 The member representing Abia North Senatorial District and Senate Chief Whip has enjoined Ndigbo to endeavour to have confidence in President Mohammadu Buhari, saying the President might have a surprise package for the Igbo extraction.

Orji Kalu who envisaged that President Buhari would impact positively on Ndigbo, admitted that the latter had indisputably affected the Southeast region through his administration.

Speaking during a get-together/meeting of the OUK Movement and Reality Organisation, today, Thursday, at his Igbere home town, the Senate Chief called for support and cooperation for the All Progressives Congress, (APC) led government.

“Buhari will be useful to Ndigbo. Ndigbo should learn to trust President Buhari. President Buhari has done enough for Ndigbo. The largest Investment done in Nigerian are done in Igboland; that Niger bridge. The three Hundred and Sixty-Nine Billion Naira project, go and tell poop me any project in the country where you have that kind of project, whether in Kaduna, Sokoto, but he has the mind to do it.”

Describing PMB as a well disciplined leader, Senator Kalu, implored the people to believe in the former, as he urged them to eschew sentiments.

Hear him: “Let them believe him, let them cooperate with him. The man might surprise the Igbos; there might be a surprise waiting. He’s a man I know that is a very disciplined leader; he’s a man I know.

“It’s just like you going to your church and people are saying, oh, this man is a fanatical church goer. Does that have any meaning? I’m a sabbatical church goer, between me and my faith, I trust my faith; and in the same vein, between President Buhari and his faith, he trusts his faith. So, people take their faith serious, whether man or woman. So, let’s not judge people because it’s only God that has reason for bringing a particular leader at a particular time. Leaders emerge according to God’s will.

Meanwhile, OUK enjoined Nigerians to learn to be appreciative of President Mohammadu Buhari, as he used the medium to laud the latter for being able to complete a full circle budget, describing his Government as ‘Second to none’.

“And this Government is the only government that has completed a full circle budget. I was a Governor for eight years and we didn’t do budget 50%, that’s the truth. The Buhari’s Government has completed budget circle, 2019/2020 fully. No other President since Independence has completed his budget fully. They might make 85%, we and Obasanjo were doing 56/57% but Buhari is exceptional. Let’s just leave sentiments, we’re Ndigbo and we a wise people.”