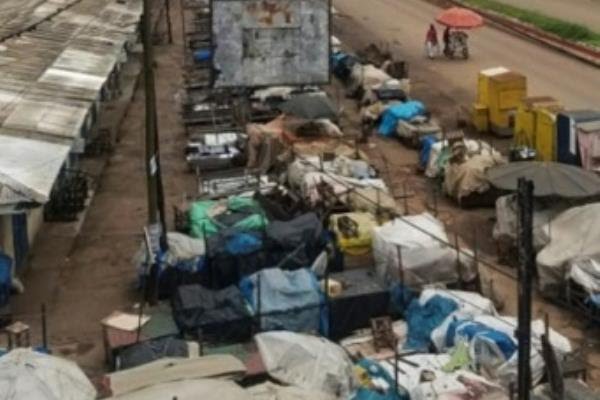 Cameroon on Sunday held its first indirect regional elections that the long-serving president called partly to defuse the separatist insurgency in the English-speaking west but which the opposition is boycotting as a sham.

In Sunday’s election, a 24,000-strong electoral college made up of municipal councillors and traditional chiefs will vote to fill the posts of 900 regional councillors: 90 for each of the country’s 10 regions.

But the municipal councils that have the greatest proportion of votes is already dominated by 87-year-old President Paul Biya’s party.

The two main opposition parties, Maurice Kamto’s Movement for the Rebirth of Cameroon (MRC) and the Social Democratic Front (SDF) are both boycotting the polls.

Biya, who has ruled the country for 38 years, has since 2018 faced an unprecedented surge of street protests against his regime.

In addition to that, the far north of the country has been repeatedly targetted for attacks by jihadist, while separatists among the anglophone minority are fighting the government in the southwest.

Voting stations in the port city of Doualia opened at 8:00 am, but the streets were quiet and few people appeared interested in the election.

– Separatist insurgency -“I don’t see what use it is, because it’s the people in power who are going to decide,” said Melaine Noah, a young jobless graduate.

Apart from in the two troubled anglophone regions, 14 parties are in the running, including Biya’s Cameroon People’s Democratic Movement (RDPC), which scored a crushing victory in February’s municipal elections — a poll that was also marked by a partial opposition boycott.

The RDPC is the only party to have put forward candidates in the two troubled anglophone regions, Southwest and Northwest.

The government has presented these first regional elections as a historic step in completing the country’s decentralisation of power and settling the anglophone crisis — even if they were first set out in the 1996 constitution.

Biya dusted off the measures after coming under intense pressure from the international community over the anglophone uprising that has so far cost 3,000 lives and forced more than 700,000 people to flee their homes.

It began in October 2017, when militants declared independence in two western regions where English speakers are a majority, a declaration that has not been recognised internationally.

Rights groups say crimes and abuses have been committed by both separatists and security forces.

The separatists frequently carry out kidnappings, often for ransom, although there have also been killings of abducted security personnel, teachers and civilians accused of collaborating with the authorities.

Mbappe brings up century as PSG win at Montpellier

Immigrants in US both hopeful and wary of...

Weinstein jury look to be nearing verdict in...