CAN Heightens Agitation against CAMA **Writes Buhari to stop implementation 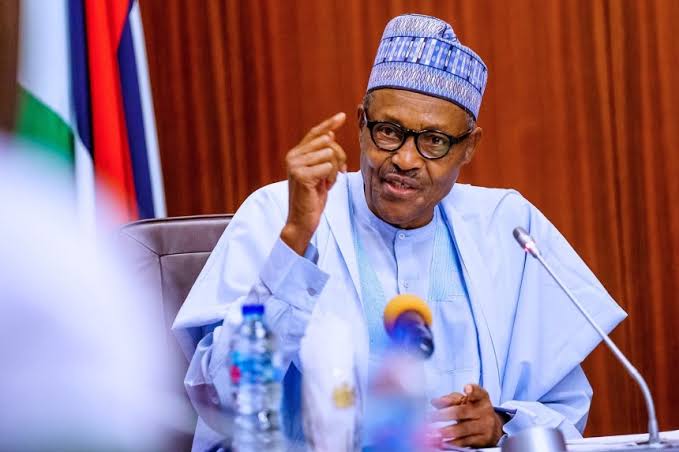 Law Not Targeted at Christians or Muslims, Says Presidential Aide

Christian Association of Nigeria (CAN) insisted yesterday on its agitation against the Companies and Allied Matters Act (CAMA), 2020, submitting a position paper to President Muhammadu Buhari, demanding the suspension of its implementation.

This is in spite of several official explanations that the law does not target the church, forcing social critics to conclude that church leaders’ opposition might have been fueled by their reluctance to accountability, which the law demands of every non-governmental organisation registered under the Act.

But the Senior Special Assistant to the President on Niger Delta Affairs, Senator Ita Enang, who received CAN’s letter to Buhari at a ceremony in Abuja, allayed fears that the law was targeted at Christianity, Islam or any other religious organisations.

In the letter signed by CAN President, Rev. Samson Ayokunle, but delivered by a former Chaplain of Aso Villa Chapel, Rev. William Okoye, CAN detailed its objections to the law, which has been buffeted by criticisms, especially from the Christian community.

Others at the ceremony were CAN delegate to the 2014 National Conference and representatives of the President of the Christian Lawyers Fellowship Organisation of Nigeria, Rev. Moses Arome; CAN General Secretary, Rev. Joseph Daramola, and Special Assistant to the CAN President on Media and Communication, Pastor Adebayo Oladeji.

The letter was submitted barely a week after Vice President Yemi Osinbajo urged those dissatisfied with the law to approach the National Assembly for its amendment.

The letter partly read: “We respectfully acknowledge the invitation extended to us to make an input into the Companies and Allied Matters Act, 2020 following the myriad of objections that attended the enactment of the Act.

“While we sincerely appreciate the courtesy of your invitation, we are, however, constrained from doing so on the following grounds: ‘We are yet to be availed with the authentic version of the voluminous Act, made up of 870 sections besides the sundry and complex schedules and addendum.

“We consider the Act, as indeed, a complex of statecraft compendium, laden with issues that are grossly inimical to the national interest, security, and overall wellbeing of the Nigerian-state.

“From the reactions of stakeholders and a cross-section of the Nigerian-state, it is apparent that the Act either did not receive input from the respective various interest groups or failed to accommodate their views, sundry concerns and varying interests of the Nigerian people.

“Without prejudice to our observations, such a law ought to welcome and accommodate the sundry and varying interests of the Nigerian people.

“Furthermore, we are mindful that comments in the public domain are beginning to indicate that CAMA, 2020 has the potential that can further undermine the faith of stakeholders in the Nigerian-state. The reactions from public office holders have not helped matters because they are binary in perspective and pander towards a fait accompli.

“The dominant schools of thought in the public domain hold the view that should stakeholders of the Nigerian-state seek judicial intervention or amendment of the Act by the National Assembly, they shall achieve nothing much, as they consider such, as exercises in futility.

“Mr. President, from the foregoing, we are of the opinion that you should kindly issue the appropriate directives to suspend the implementation of CAMA 2020 and affirm a thorough reappraisal of the legislation that is in correlation with the provisions of the 1999 Constitution of Nigeria (as amended), other extant legal and policy frameworks, the national economy, national security, national interest and the wellbeing of the Nigerian-state.

“In order to participate actively in such an exercise, you may wish to kindly furnish us with an official version as assented by you. This will enable us to do the due diligence required, please.”

CAN’s Director of Legal Affairs, Mrs. Comfort Chigbue, who read out the position of the association said it expected Buhari to “kindly issue the appropriate directives to suspend the implementation of CAMA 2020 and affirm a thorough reappraisal of the legislation that is in correlation with the provisions of the 1999 Constitution of Nigeria (as amended), other extant legal and policy frameworks, the national economy, national security, national interest and the wellbeing of the Nigerian-state.”

However, Enang told CAN leaders that no provision of the law was targeted at Christians or Muslims.

He said the only legal remedy to resolve any real or perceived offensive aspect of the legislation is for those opposed to it to seek an amendment from the National Assembly.

Speaking on the controversy surrounding the law and its assent by the president, Enang said most of the criticisms against the CAMA law arose out of sheer misconception and deliberate misinformation.

He added that Buhari did not originate the bill that led to the amendment of the CAMA law, but that members of the National Assembly sponsored the bill, which repealed the 1990 Act.

“We want to declare as a fact that the Act does not target churches or religious bodies as was wrongly assumed. Misconception has enveloped this Act with deliberate misinformation and falsehood by persons who may not have fully and in fact personally read and digested the provisions of the Act.

“We consider it appropriate and responsible to appear before you and other fora to make these explanations,” he said.

Enang stated that CAMA was not an executive bill transmitted by Buhari to the legislature, but was sponsored by a senator and a member of the House of Representatives at the behest of the Corporate Affairs Commission (CAC).

He explained that Buhari on receipt of the bill took steps to get input from appropriate ministries, agencies and departments (MDAs) and declined assent on it twice during the 8th Assembly before recently giving his assent.

He said he served as the Senior Special Assistant to the President on National Assembly matters in the 8th Assembly when the CAMA Bill was first considered.

According to him, the bill did not sail through at its first introduction due to issues not related to the current ones being raised by the Christian body.

Enang said Section 590 of CAMA 1990 and Section 823 (1) of CAMA 2020 contain similar provisions except for emphasis on the number of trustees to be appointed for an organisation.

He said the law is not for religious bodies alone, but all registered incorporated trustees.

He stated that a study of the provisions of the Act would show that both are the same and that there are no new importations into the 2020 CAMA except a few key words like the trustee or trustees.

“Furthermore, the National Assembly is made up of Christians, Muslims and multi-faith composition and if there were any matter or content in the Act repressive of any religious faith, they would have spotted, arrested and expunged it from the bill in the course of consideration before the same was passed and transmitted to Mr. President for assent.

“The appropriate action your body or any other person could take is to sponsor an amendment bill to the Act to either expunge in whole any considered offensive provision or propose a redrafting to reflect your considered view,” he added.

Enang pledged to assist CAN in perfecting the amendment bill if it so desires and to facilitate its being supported by lawmakers.