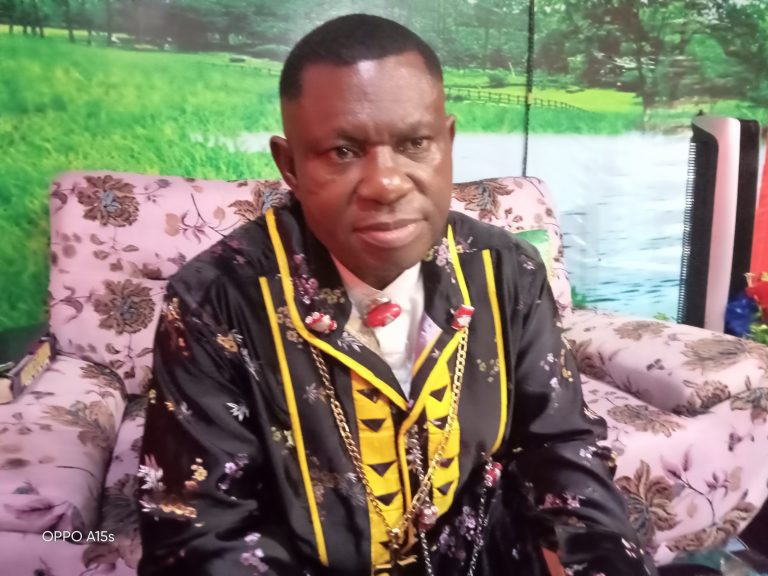 The anniversary of the church which had in attendance, the Mayor of Port Harcourt, Rivers State, Hon. Allwell Ihunda, Bishop Livingston and Revd. Mrs. Janet Omolade Akinfewa ordained, among others, also featured the 53rd and 48th birthday anniversary of the General Overseer, Bishop Lucky Nwikue Aroh and his adorable wife, Rev. Mrs. Elizabeth Aroh, respectively.

Bishop Aroh, in his ecstatic mood, thanked the Mayor of Port Harcourt for honouring his invitation, as he prayed for God’s protection upon him, while also commending his members for living in line with the vision of the church.

The General Overseer expressed profound gratitude to God for His blessings upon the church, as well as his members, pointing out that, just as the name goes, the God has given him the mandate to help and care for the destitute both in the church and the society in general.

“My mother in the Lord, Revd. Mrs. Janet Omolade Akinfewa ordained me as a Pastor when I was in her Ministry, Living Truth Worldwide, where I had served for 7years as a Pastor before the Lord told me to pursue this Caring People’s Ministry and that’s why today there’s celebration.

On the vision of the church, with focus on the name, hence Caring People’s Church, he said: “I was just in my prayers when I saw ‘Caring’ and I also felt in my spirit that the vision will not rhyme with the other Ministry. So, that was why I had to put in my resignation letter and then I left.”

Asked about the funding of the church, the Cleric who boasted that the church had on innumerable occasions intervened in the financial needs of many indigents, pointed out that God who gave him the vision does not hesitate in reaching out to them in times of need, as he noted that “God is the giver of the vision so he also provides.”

Speaking further, he said; “caring for people can be very interesting and if I want to start bringing out testimonies it will be much.There is line up of trade for people to learn and by the grace of God we have people that have graduated from it.”

Moreso, he disclosed that the school also provided a learning institution for the impoverished in their midst.

**I COMMEND THEIR HOSPITALITY… Mayor of Port Harcourt

Similarly, the Mayor Port Harcourt City Local Government, Hon. Allwell Ihunda has commended members of Caring People’s Church for their notable warm reception as displayed towards him and other guests, saying it is a depiction of their name.

Hon. Ihunda who was represented by Bar. Chile Owuru, the Secretary of Council described the epoch making event as a service of celebration, adding that the aira of love exhibited by the church is worthy of emulation.

“It is a celebration of anniversary and also the 53years of the Bishop so he had come to celebrate with him and he finally say it’s a service of celebration.

He, therefore, advised members to “keep faith and continue to work with the Bishop that he’s taking them somewhere, as he congratulated the Bishop and his wife on their birthday celebrations, as he prayed for prosperity and massive growth of the church and God’s blessings upon the latter’s family.

In addition, Pastor Chibuike Otti of Living Truth World-wide, thanked God for His grace upon the church, stressing that “It’s an honour to be here.”

Pastor Otti who corroborated with the sermon as preached by the guest Minister, Rev. Akinfewa emphasised the need for ordained servants of God to toll in the path mapped out for them by the Almighty God who has called them.

It would be recalled that Rev. Akinfewa had during her ministration captioned: “Building According To God’s Pattern”, accused members of the church of being responsible for the involvement of pastors in demonic acts, in their quest for power to attract a crowd and perform miracles.

Rev. Akinfewa was quoted to have said, “why many pastors go ahead, licking other people’s breasts just to gather crowd is due to the pressure from their members

To this effect, Pastor Otti said: “it’s a universal truth. Even apart from Ministries, in ordinary careers in life, people are influenced by what they see others achieve. But, if you remain steadfast and know that the one that has called you into the career or Ministry is able to take you to the top. So, you don’t have to be in a hurry”, he advised.

Exclusion From Dominant Parties: We Must Work Hard For Our Liberation – Ebonyi Ex-SSG, Odoh Charges Ndigbo    … As he bags Anglican Leadership Award