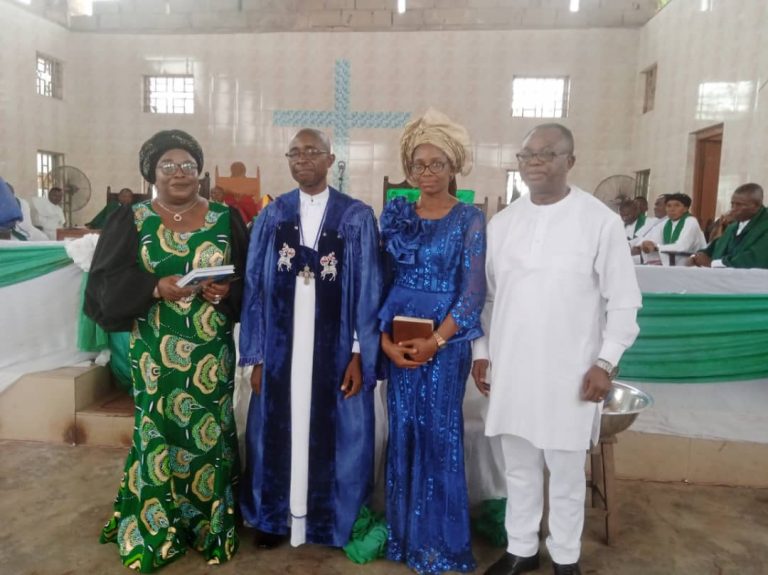 The member representing Ikwuano/Umuahia North and South Federal Constituency, Rep. Sam Onuigbo has felicitated with Rev. Akachukwu .O. Mathews and the entire All Saint’s Methodist Church Umuabali, Umuopara, Umuahia South L.G.A, over his induction ceremony as the new Presbyter and Minister in charge of Ezeleke.

Onuigbo, accompanied by his amiable wife, Pastor Princess Chinyere Onuigbo, among other friends stormed All Saint’s Methodist Church Umuabali, Umuopara, Umuahia South L.G.A, today, at the outing service of the family of Engr. B.O.N Eluwa, as they thanked God for the successful burial and celebration of life of their matriarch, Nneoha Mercy Ogonnaya Eluwa. 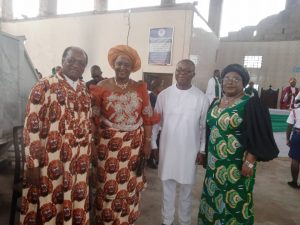 Rep. Onuigbo who commiserated with members of the Eluwa family, extolled the virtues of the matriarch, while congratulating Rev. Akachukwu on his new role in the service of God.

The lawmaker full of joy and happiness, expressed profound gratitude to the people of Umuopara community, recounting on how the people decisively voted in his favour, thus bringing him back to the National Assembly, hence his consistency in projecting and protecting their interests.

Rep Onuigbo recounted also on how he facilitated the erosion control works carried out at Ukwu-Udara Ezeleke Amachara, Umuopara and commissioned by President Muhammadu Buhari GCFR, who was represented by Senator Heineken Lokpobiri.

Furthermore, Rep Onuigbo disclosed that he had moved two motions on the floor of the House of Representatives in respect of the devastating gully erosion at Umunwanwa. 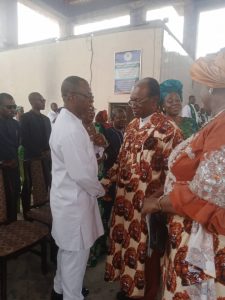 In that motion, he called on the federal government to immediately take action on a calamity waiting to take place at Umunwanwa community, where erosion had exposed the petroleum pipelines passing through the community.

Meanwhile, the distinguished Lawmaker promised to relentlessly protect the interests of the people and every other communitΛy in his constituency.