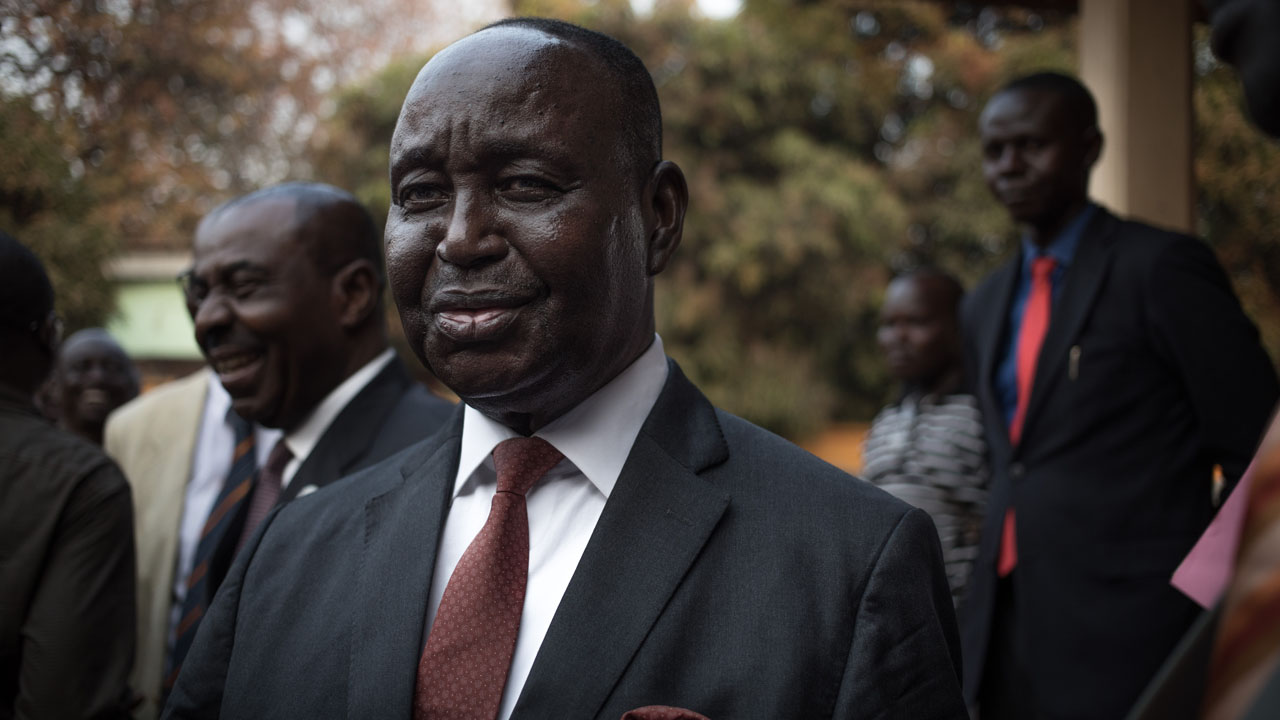 (FILES) In this file photo taken on January 27, 2020, Former Central African Republic President Francois Bozize arrives prior his first press conference since his return at the Kwa Na Kwa headquarters in Bangui, Central African Republic. – The candidacy for the presidential election in the Central African Republic of the former head of state François Bozizé was invalidated on November 3, 2020, by the Constitutional Court on the grounds that he was being prosecuted for “assassinations”, “torture” and UN sanctions. The first round of presidential and legislative elections is scheduled for December 27, 2020 and the outgoing president, Faustin Archangel Touadéra, is seeking a second term in the country ravaged by seven years of civil war that continues. (Photo by FLORENT VERGNES / AFP)

The Central African Republic’s top court on Thursday rejected ex-president Francois Bozize’s candidacy in forthcoming elections on the grounds that he was being sought for alleged murder and torture and is under UN sanctions.

The ruling was handed down by the Constitutional Court, which also rejected three other candidacies for the December 27 vote.

Bozize, whose overthrow in 2013 marked the start of CAR’s descent into conflict, has been seen as the only major rival to incumbent Faustin-Archange Touadera.

In its ruling, the court said it would not accept Bozize’s candidacy, “given that the candidate is the target of an international arrest warrant” filed by the CAR in 2014 “for murder, arbitrary arrest, sequestration, arbitrary detention and torture.”

It also noted UN measures against Bozize, which meant that he failed to meet “criteria of sound morality in the electoral code.”

The United Nations placed Bozize on its sanctions list in 2014, freezing any assets he held abroad and banning him from travel, on the grounds that while in exile he had been supporting militia groups guilty of “war crimes and crimes against humanity.”

The CAR, landlocked and impoverished, is one of the most volatile countries in Africa.

Bozize, who returned to the CAR last year, has been a major figure in the country’s instability.

He seized power in 2003 before being overthrown a decade later, and many people in the country, as well as humanitarian experts and diplomats, have feared that he may stage a violent comeback.

Touadera, 63, was elected in February 2016 with two-thirds of the vote.

But he struggled to stem vicious intercommunal strife in a country where militia groups control two-thirds of the territory.

A peace accord signed in February 2019 between the government and 14 armed groups has led to a lower level of violence, although it remains entrenched.

Ezebunafor: A Round Peg In a Round Hole *Why Anambra Should Support ThankGod Ibeh for 2021