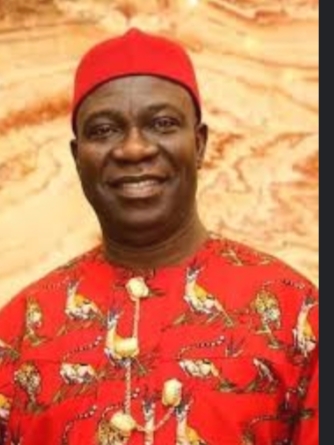 Famous Nigerian former Senate President, Sen. Ike Ekweremadu, and his wife, Beatrice Nwanneka Ekweremadu, have been arrested by the United Kingdom for an alleged conspiracy to mutilate a child’s organ.

The awful incident was confirmed by the UK metropolitan police in the early hours of Thursday, who informed that the duo was charged with conspiring and facilitating the conveyance of a child to the UK in order to harvest his organs.

According to the Police, the couple has been remanded in custody and will appear at Uxbridge Magistrates’ Court today

Meanwhile, their arrest followed an investigation by the force’s specialist crime team.

Allegations levels against them, as Famousreporters.com gathered include that the celebrity couple was accused of felicitating the movement of a child with the aim of exploiting same, hence organ mutilation.

A statement issued by the metropolitan police:

“Beatrice Nwanneka Ekweremadu, 55 (10.9.66) of Nigeria is charged with conspiracy to arrange/facilitate travel of another person with a view to exploitation, namely organ harvesting”.

“Ike Ekweremadu, 60 (12.05.62) of Nigeria is charged with conspiracy to arrange/facilitate the travel of another person with a view to exploitation, namely organ harvesting.

“A child has been safeguarded and we are working closely with partners on continued support.

“As criminal The Police said that they have been remanded in custody and will appear at Uxbridge Magistrates’ Court today are now under way we will not be providing further details.”