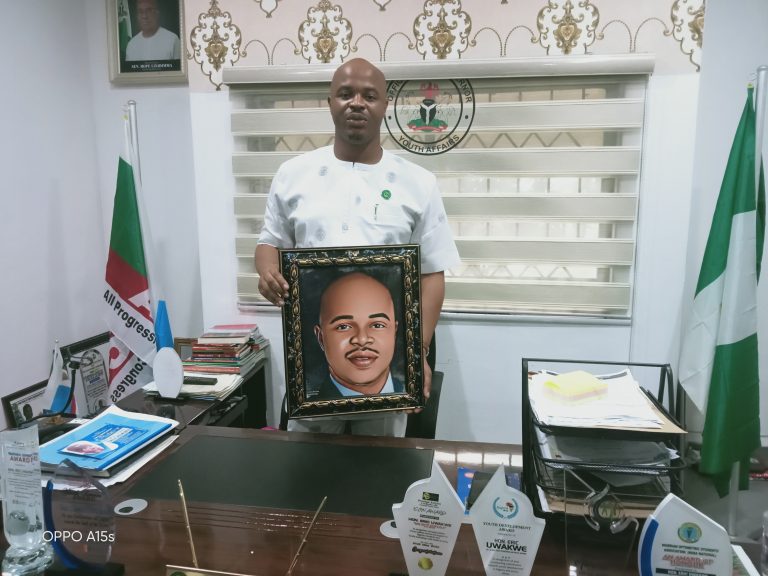 The Senior Special Adviser (SSA) to Governors Hope Uzodimma of Imo State, on Youths’ Affairs, Comrd. Eric Uwakwe says his Constituency would in collaboration with the present All Progressives Congress, APC administration of Governor Hope Uzodimma, stop at nothing in their quest to eradicate the act of Child Trafficking from the state.

Comrd. Uwakwe made this statement in his office at Concord Area, New Owerri, in Imo State, during an exclusive interview with famousreporters.com, yesterday, shortly after he received an award from Imo State Students’ Union Government, lamenting that child trafficking is not in the nature of Ndigbo and would not be condoned by the people.

Comrd. Uwakwe who hails from Oru West revealed that his office had been empowered by the APC led Government of the state in order to facilitate the fight against the cankerworm from the state.

According to the SSA to the Governor, among their teaming supporters, “We have always talked about child trafficking. Child Trafficking is not in our nature as Igbo people to engage in such an act. We in this constituency have condemned it in totality and we’re saying that child trafficking is not or will not be accepted in our today’s life especially in Imo state and I believe his Excellency the governor of imo State, Sen. Hope Uzodimma and as also empower the ministry for gender and vulnerable groups to go after all this child trafficking and make sure that to eradicate such act.”

Earlier in his speech, Uwakwe who spoke on the award presentation, pointed that the act as exhibited by the students and a lot more other associations and organisation was in recognition of the diligence, consistency and, commitment of his office towards the betterment of the lives of youths in the state and society in general.

Speaking further, he reiterated that the present administration in conjunction with his office would leave no stone unturned in making better the lots of the youths.

The proud son of Oru West described his work with youths since assumption of office, as an uphill task, but, however, explained that his unreserved desire, love and passion for leadership have remained his drive.

READ MORE:  UZODINMA: the Blood, the Fire and the tears in Izombe

In his words: “Well, managing the youth is the most difficult thing so far but as one who has desire and passion for leadership and have learnt to accommodate everybody by relating every character to make that the administration succeeds and that the youth Constituency also will be great again.
Although it has not been easy but by the grace of God we are able to do our best and in our capacity to make imo youths better.

Outlining his impacts on the present day’s society, he said: “I make bold to say that I’ve made a lot of impacts on the society ranging from several Youths empowerment programmes, making them feel a deep sense of belonging, discovering hidden potentials in them and helping them in harnessing same, turning into wealths through skill acquisitions, teaching them innovative agriculture, making them see possibilities of life and enabling them survive the hard times. So, that has been my basic interested thus making sure that Imo youths succeed.”