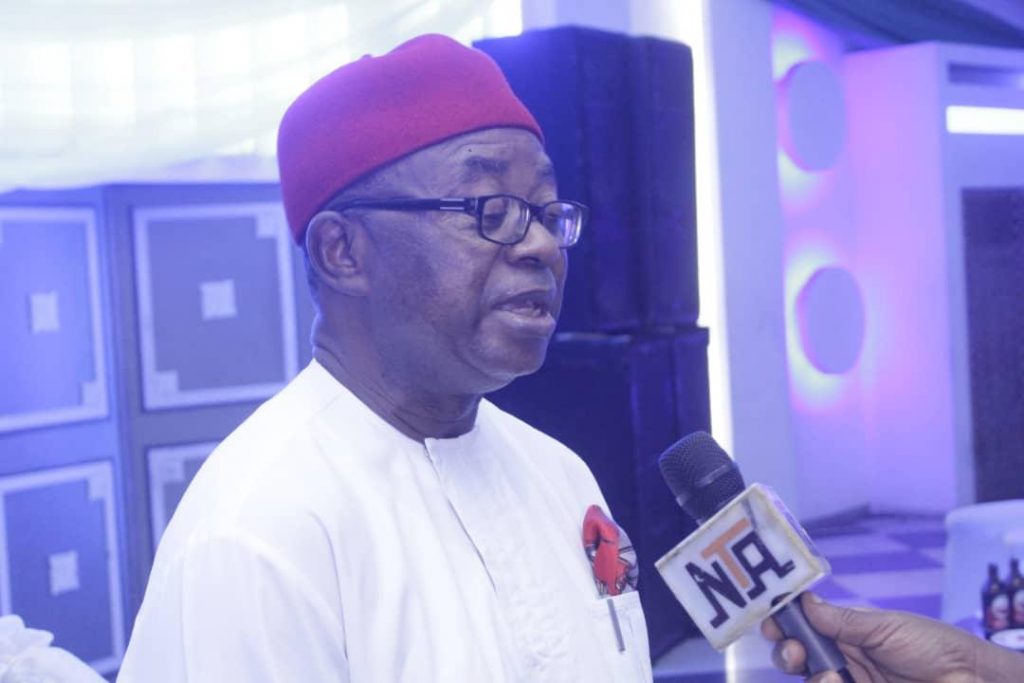 National Assembly member, Hon. Sam Onuigbo, representing Ikwuano/Umuahia Federal Constituency of Abia State has emphasised the urgent need for the creation of an additional state in the South East region, saying it would pave the way for the long-clamoured for equity, fairness and justice among the various regions in the country.

Representative Sam Onuigbo made this emphasis in his remarks at the South East Zonal Hearing of the House of Representatives on the review of the 1999 Constitution for Abia and Imo States which held at Concorde Hotel, Owerri, the Imo State capital on June 16,2021. The hearing was initially suspended due to the rising insecurity.

Rep. Onuigbo insisted that the ongoing Constitutional Review must in addressing the legitimate wishes and aspirations of the people, as a matter of necessity, address the issue of additional state creation in the South East of Nigeria for justice, equity, and fairness to prevail.

It would be recalled that the two sister-states, Imo and Abia, since the inception of the review of the 1999 Constitution, intensified efforts in their advocacy for the creation of one additional state in the South East region, in order to measure up with other regions across the country.

To this effect, Rep. Onuigbo maintained that “for there to be a semblance of fairness, justice and equity, the constitutional review process must result in the creation of at least an additional State in the South East, as the South East is the only region with less than than seven states.”

READ MORE:  You shall be forever remembered for your impactful leadership, Rep. Onuigbo mourns KC Ugboaja

And “…consequently more opportunities for the region to produce more House of Representatives members and Senators which will enable the region have more impact in decision making at the federal level, while also attracting additional resources to the region,” as the region is grossly underrepresented in the National Assembly.

Odozi-Obodo who reiterated that additional states in the South East region would go a long way in putting at bay the rising agitation in the region on perceived marginalisation of the zone, described the exercise as a fundamental process.

Hear him: “This is a fundamental process, very very important; nobody plays with it. It grants the people the opportunity to express either a concern or an amendment or adjustment that they will like to see in the Constitution, to accommodate their legitimate concerns and interest. So, the way forward is for this to move on and be considered by both Houses or Chambers of the National Assembly and at the end of the day, once we have passed it, it will touch the majority. Then, it’s going to require the concurrence of similar passage by the other Houses of Assembly in the 36 states.

“So, like I said, it’s a fundamental process that affords the opportunity to legitimate concerns to be brought forward and if at as it is assessed, evaluated and voted upon and then it is accepted, then that is the only way you can accommodate that in the Constitution; that’s when you can see a Constitution as altered.”

Addressing newsmen, Rep. Onuigbo stressed that with rising agitations across the country, government “is expected to ensure that the efforts in amending the Constitution do not end in futility in order for equity and fairness to prevail.”

Asked if the Constitutional Review(an exercise carried out by successive National Assemblies) was not just an exercise in futility, Rep. Onuigbo drew attention to the inclusion of the Doctrine of Necessity into the 1999 Constitution(as amended), which came about as a result of such exercise following the legal lacuna discovered when former President Umar Musa Yar’adua travelled without officially handing over to President Goodluck Jonathan:

He restated that the review was not a waste of time and resources, as he pledged to champion the requests of his constituents which have been brought to his attention by the Constitutional Review Committee of the House of Representatives.