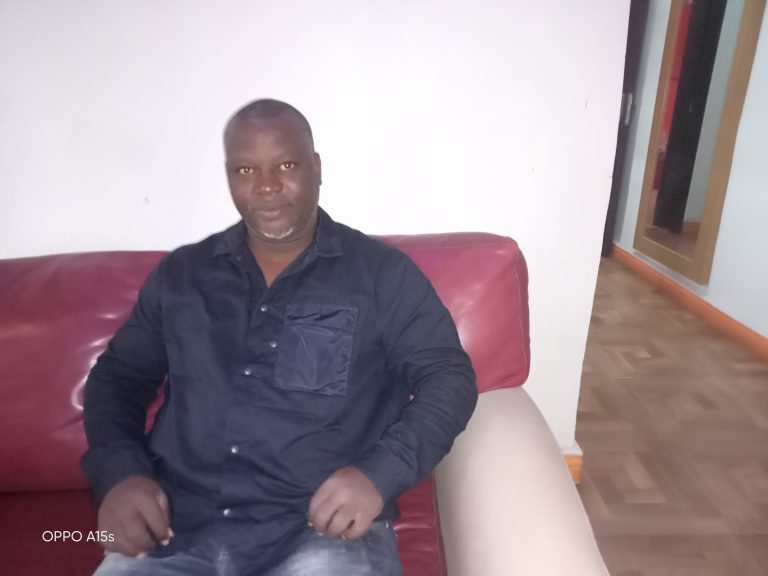 The Managing Director of Glajosh Hotels, Hon. Acho Ojukwu says it is never too late for Hospitality Industry to receive palliative such like Tax Waver from the All Progressives Congress, APC led administration of President Mohammadu Buhari in order to cushion the effects of #Covid-19 aftermaths.

Hon. Ojukwu, while speaking with Famous Reporters in an exclusive interview yesterday, at his hotel, at Ahiaeke/Okwuta Road, off Ikot-Ekpene Rd, Umuahia, the capital of Abia State, recounted that the pandemic which was accompanied by the nationwide protest, hence #Endsars affected drastically the progress of the Industry.

He implored the federal government to show magnanimity to critical stakeholders of various states to help them recuperate from the impacts of Covid-19 pandemic.

Famousreporters.com recalls that the nationwide total Lockdown which was instigated by the pandemic and subsequently the #Endsars protest crippled business activities as most private organizations and establishments are yet to recover from its deadly effects.

To this effect, the founder of the exquisite boarding house has expressed confidence in the federal government, not to relegate to the background, the Hospitality Industry but render support to them thus ameliorate their pathetic situation.

Glajosh Boss reminded the Government of the magnificent impacts of the Industry on the society, hence creating employment opportunities for the teaming unemployed youths, enhancing tourism across the states, etc.

However, the eminent Abia born citizen expressed acrimony towards the Federal Government’s Tax Policy instead of providing possible support as is done by Governments of other countries of the world, who, according to him, recognises the huge looses incurred by the Industry during the dark ages, as he sought for Tax Waver, saying it will help salvage their dilapidated condition.

“Government should give hotel owners tax waver
The government was  supposed to have stepped in to assist us. Had it been it was in other countries where you have this kind of business, there are ways the government can come in to give you palliative, support because they know that this kind of business, we’re one of the critical stakeholder because actually giving employment to the citizens, we’re paying tax, etc.

“Too many things Government could have done to support us but they’re not doing that way even though when they’re seeing the effects of the pandemic, they’re bringing up the federal tax policies in the state, Local Governments, these are the time the Government should give you maximum support.

Continuing, he said: “Let’s say, this class of hotels, we want to support you by giving you maybe #10m, #20m to support your investment, give you tax wavers, all those stuff should be a good aide but it’s not coming from this kind of country of ours but we’re still doing our best.”

On whether the Industry still anticipate government’s palliative, after a long period of time, in the form of Tax Waver to facilitate their recuperation from the dark age, he said:

“It’s never too late because now, you can see the cost of things in the market; dollar is almost increasing and it’s paramountly affecting everything in the market. So, it is also hitting us back because you have to pay your workers, their food and welfare standard should be maintained. You have to do facility maintenance which is the repairs of the facilities in the hotel. And also to pay other levies that come once in a while.

“If there’s a support from the government, it will be a good assistance and will be well appreciated.”

READ MORE:  What My Boyfriend's ghost killed during #Endsars told me, Nigerian girl tells her encounter with ghost

Asked about the retrenchment of his staff during the hay days, he said:
“Yes, what we did was to reduce the manpower. We reconsidered some sections of the hotel that were not active by then. You know, the Government said hospitalities should close whereas eateries be opened, so because we have eateries and had to run according to the stipulations of the Government. So, the eartry was opened. If you are in the room service, your services are not needed within those period but they were eventually brought back.

On how the Industry was able to rejuvenate following the aftermaths of pandemic Hon. Chukwu has this to say:
“We actually saw it coming and we went back to our drawing board and said, after pandemic how are we going to survive post pandemic effects. Ideas and strategies to meet you with the whole scenario. It was not really easy for us. It was just because we were quite visionary and we had to do one or two things because we actually believe in what we do and by the grace of God, we were able to pull through but it really affected us.

Speaking further, he said: “It takes a lot of systematic time to get back to one’s feet but anyway, we never did badly because most of the hotels are still suffering from the same thing. “Yes, this business is about planning. You have a plan and work towards it but if you do not have a plan ‘B’ in whatever you do, it’s really going to hit you back

It would be recalled that, the federal government had approved some Covid-19 palliatives for some states, ranging from funds, food items, etc.