COVID-19: Seychelles ranks 3rd in the world for percentage of population vaccinated 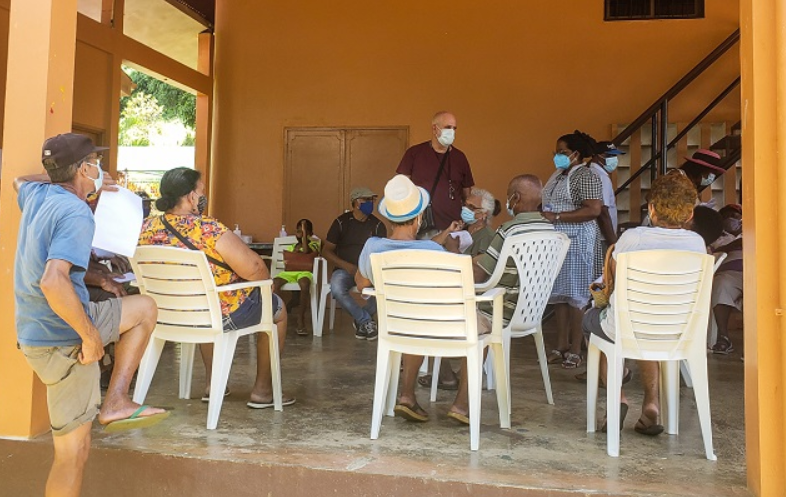 The least populated country in Africa Seychelles is currently ranked third in the world in terms of the percentage of the population vaccinated against COVID-19, data published by Our World in Data show.

As of January 27, more than 25,000 people had received a first dose of a vaccine, which represents 27 percent of the total population. With its population less than 100,000, the country hopes to vaccinate 70,000 people so as to achieve herd immunity; to date 37 percent of this target has been attained.

“As of today, we have almost finished giving about 23,000 people their first dose which means we are almost at the target of 25,000 first doses of Sinopharm that we had set. The remaining 25,000 doses are to be administered as the second dose and this will start on February 7,” the chief executive of the Health Care Agency, Danny Louange, said in a report published by the country’s news agency on January 28.

The country is the first in Africa to roll out its vaccination campaign using the Sinopharm vaccine called Vero.

Sinopharm, a Chinese pharmaceutical company, developed the vaccine in collaboration with the Wuhan Institute of Virology and the Institute of Biological Products.

The country’s public health commissioner Jude Gedeon also stated that the whole adult population of the island nation including Gainful Occupation Permit(GOP) holders are expected to receive their jabs at the end of next month.

The country has so far recorded 1,223 cases with 1,052 recoveries and 5 deaths. The success of its vaccination programme may not be down to just its size. Sao Tome and Principe, which also has a manageable population size, has not fared well. Authorities in the country said the infection rate was in a “state of calamity”.

Two African biggest economies – Nigeria and South Africa – have not hit the ground running in terms of vaccinating their populations against the virus that has infected 103,330,900 and killed 2,237,990 globally.

Nigerian government have several times announced plans on procuring the vaccines without putting a specific date to when it will be rolled out.

According to a Reuters report in January, Nigeria is expected to receive donations of COVID-19 vaccine that will cover 20 percent of its population.

The report stated that the country will procure an additional 50 percent of its vaccine requirement to achieve herd immunity.

Ben Akabueze, Nigeria’s Budget office boss, made the announcement during a virtual conference of the 2021 budget presentation on Tuesday January 12.

Akabueze said the donation will include all types of vaccines.

Meanwhile, South Africa, on Monday welcomed the delivery of its first Covid-19 vaccines — 1 million doses of the AstraZeneca vaccine produced by the Serum Institute of India.

The shipment will be followed up later this month by another 500,000 doses. The vaccines will first be administered on the country’s front-line health workers which is expected to kick-start mid-February, after the vaccines are tested and approved by South Africa’s drug regulatory authorities.

President Cyril Ramaphosa said the country had “passed the peak” of its second virus infection wave, allowing for the easing of restrictions ahead of first vaccinations.

Nigerians outraged by murder of student in church

Trump campaign manager on how COVID-19 is changing...

Back from the dead? Bret Baier says Joe...