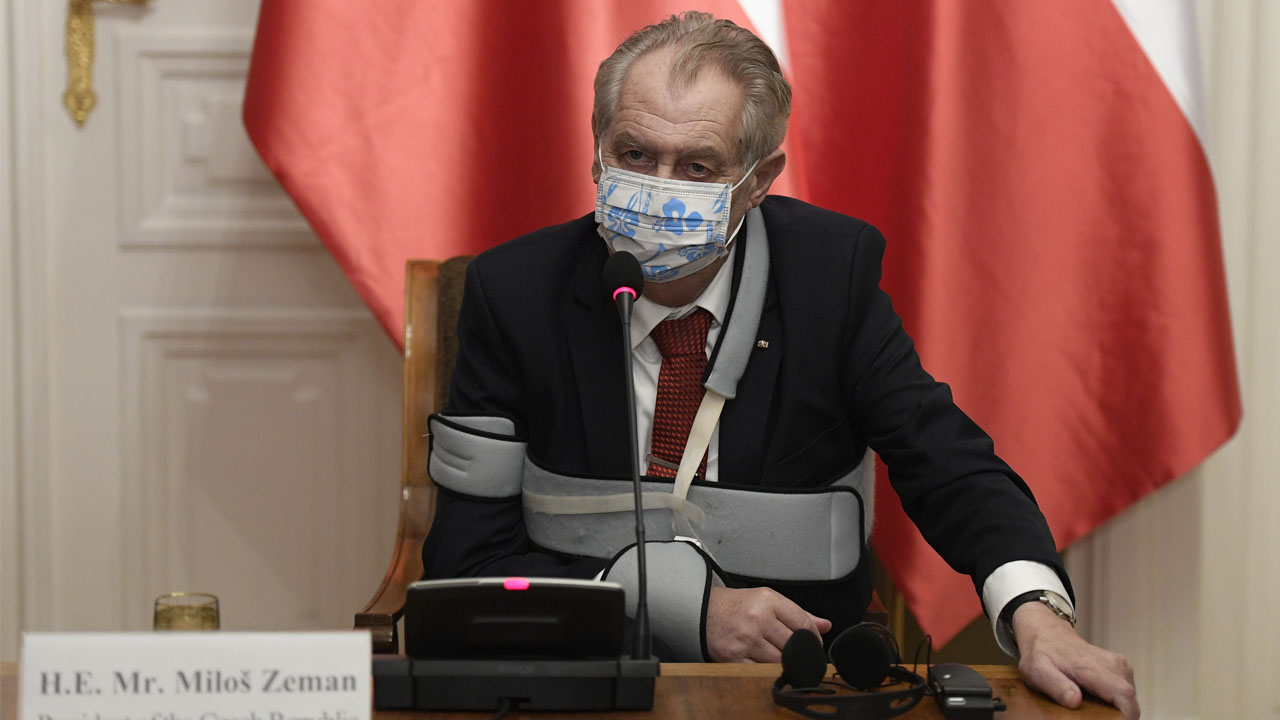 Czech President Milos Zeman is seen wearing a brace following an injury as he addresses a joint press conference with his Polish counterpart after their meeting on December 9, 2020 in Prague. (Photo by Ondrej Deml / various sources / AFP)

The Czech government extended a state of emergency until December 23 on Thursday as the number of Covid-19 infections in the EU member started to surge again.

The Czech Republic registered 6,402 new cases on Wednesday, the fastest growth since November 19, taking the country’s total tally since March to 563,333 cases and 9,226 deaths.

READ MORE:  Dylan's 'Times They Are A-Changin'' lyrics for sale for $2.2 million

“If the situation keeps worsening, we may have to tighten the measures again on Monday,” Health Minister Jan Blatny told reporters.

The state of emergency makes decision-making easier for the government at the time of crisis.

The government eased some restrictions a week ago when it reopened restaurants and bars, small shops, museums and galleries and raised the limit on gatherings.

But it has since cut back opening hours for restaurants, which must close at 8pm as of Wednesday.

Ministers have come under fire over the measures described as chaotic by critics as they often do not match the government’s five-tier epidemic system introduced in November.

On Wednesday, several pubs across the country rebelled against the measures, staying open after 8pm despite the risk of a hefty fine.

The Czech Republic saw a massive spike in Covid-19 cases earlier in autumn with daily increases of around 15,000 cases, and it has been struggling to flatten the growth curve ever since.

Abia LG Poll: We Shall Recover All We Lost, Steve Mpamugo Assures Ikwuano *As he receives Party’s flag

Merkel’s party picks her ally as next leader