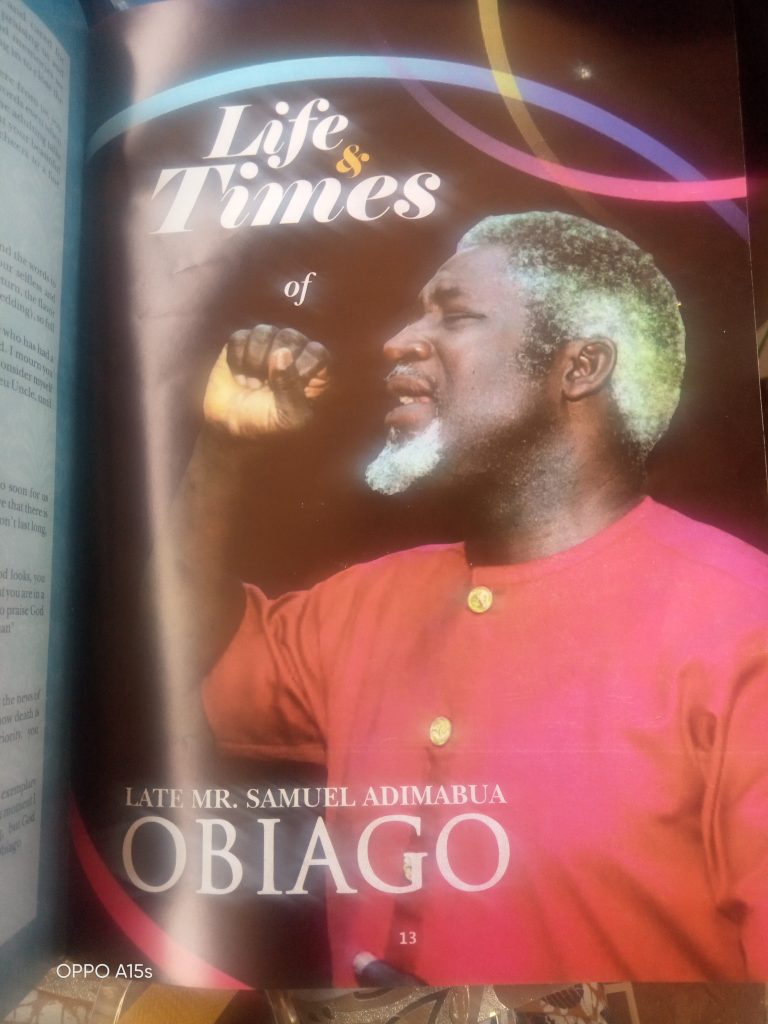 The Face Of Nollywood, At Funeral Of Popular Actor, Daddy Sam

Daddy Sam, as fondly called by all and sundry who died shortly after recovering from a protracted illness, at the age of 57, was hailed from Oshimili South Local Government Area of Delta State.

Daddy Sam, up until his shocking demise was a famous Nollywood Actor loved by millions of people and a favorite Actor of many viewers of the African Magic, both home and abroad, as people from all ‘walks of life’ gathered to mourn him and bid him farewell.

In a hearty tribute to the legend, jointly signed by Obinna Ukaeze and Emeka Amakaeze, Chairman and Secretary of Directors Guild Of Nigeria, respectively, outlined that Daddy Sam had left footprints worthy of emulation.

According to them, his demise has created a vacuum in the Movie Industry, as they described him as an irreplaceable asset.

Their tribute read in detail:

“The Members Of Directors Guild Of Nigeria, South Central Zone comm
iserates with the entire friends and family of late Sam Obiago. He was a jolly good fellow who understands the ethics of the movie and was e man. We were pained when the news of his death filtered in and all of us have n om the ugly news till date.

“No doubt that uncle Sam lived an exemplary life, at least there is no bad records of him in especially where it has to do with non professional. We shall miss him because he will not be around again to sit and discuss Africa and it’s style of leadership and the ill treatment of human in this side of the world which we normally talk about admist changing of some of customs and shouting actions. But, we celebrate his life because of his courage, tenacity of purpose and love for the Movie Industry.

He is gone but we know the fire of oneness that he preached and the positive orientation which he kindled in all of the practitioners will not be ignored. Sam! Adieu Nollywood Royal Highness!! ul restin peace, Amen.

Speaking on behalf of Actors Guild Of Nigeria (AGN), Mr. Emeka Rollars, the National President of the Guild said: “Nollywood Stars are here to perform that second rite. On behalf of Nollywood family, represented by all these people you are seeing here today. We sincerely express our grief and condolences to this family and that’s why today in Delta State, no Actor is filming and that is why, as you can see all of us gathered here because we lost somebody that deserves our respect”, he explained.

“He was my brother, they call him Daddy Sam because of the way he was. My over forty years with him, I’ve never quarrelled with him and even if you quarrelled with him, he would laugh over it. But, I want to thank you because you surprised us. I was flabbergasted when I saw what happened on the candle night day. I was flabbergasted and I want to thank you for even taking out time to come be with us at this moment. May God bless each and every one of you and there shall be no more death in the Nollywood Industry, in the mighty name of Jesus Christ, Amen.

Addressing newsmen, Mr. John Okoro, the cousin to Daddy Sam. Described daddy Sam as a comedian, saying, “he makes everyone laugh. His death is a big shock to all of us because I spoke with him about a week before he died and we never expected that he would die. So, it was a big shock.

Asked about the legacies of the deceased, he said:

“A lot of good things about him. He was very helpful, peace loving and kind. He believed in love for God and humanity. We cannot question God’s decision because God gives and God takes so glory be to His name alone. All we ask for is the grace to be able to forge ahead and strive to keep the legacies he has left behind.

Saddled with emotions, Actor Brenda Eve Ndukwe, (Akwaugo) aka. Mama G Jnr.), Secretary of Actors Guild of Nigeria , Delta described Daddy Sam was a kind man who “will never see you unhappy and won’t solve your problem, never. He was a giver, he cared for all his friends, he is so passionate about his job.

Continuing, she said: “Daddy Sam was a man full of wisdom. Chai it is well. My niggy, like we fondly called each other, I will miss you dearly, Nollywood misses you, your fans miss you. Goodby niggy, rest in peace”.

Also, another Nollywood Actor and a famous musician, in his mournful song, regretted that the reputable personality of Daddy Sam would not be consigned to oblivion by members of the Industry.

In his dirge, he sang: “Our hearts are filled with grief; our hearts are broken; death has left us shattered us all. Who shall we run to , death has dealt with us; my knees, my bones and my nails hurt. It stings us on every part of our bodies. Look upon us, oh Lord! Actors’ Guild is weeping for we have been injured severely”, Iweoku, wailed in his Ballard.