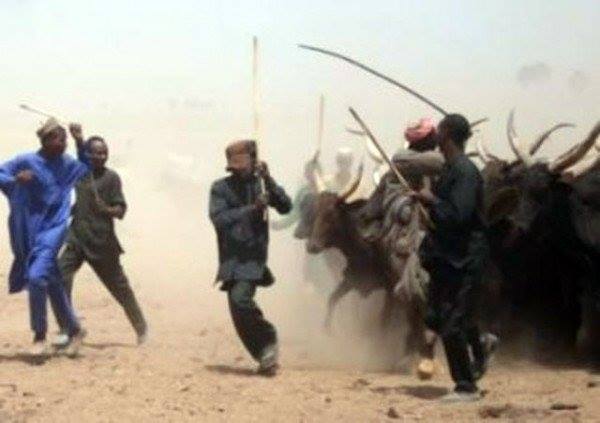 Following the recent clarion call by Southern Governors Forum of Nigeria to pass anti-Open in the 17 States across Southern Nigeria, the apex youth organization in Igboland, Ohanaeze Youth Council, OYC- has advised Imo State house of Assembly Members to commence immediately the passing of anti-open grazing bill into law.

The Council gave the advice through its national President, Comrade Igboayaka O. Igboayaka during an interface with newsmen in, Owerri, Thursday, September 2, 2021 shortly after the meeting of stakeholders of the council with focus on the rising herdsmen attack in the country.

According to Comrade Igboayaka, the neglect of State political actors to provide security to Ndigbo prompted the formation of Eastern Security Network (ESN) by IPOB which he noted, had regrettably resulted in the clash between ESN and Nigeria Security “thus turning Imo State into a war zone were over three hundred youths lost their lives in wicked hand of Nigeria security agents.”

Comrade Igboayaka warned that Imo State House of Assembly member not to spake the ranging anger of Imo youths and pro Biafrans over what he termed “their lackadaisical attitude to pass anti-open grazing bill”.

Furthermore, he stressed that 99% of Imolites had signed in for anti-open grazing law which he restated was the only viable means to stop the killing of Ndigbo by the dreaded fulani herself killers.

In his words: “The Imo State House of Assembly shouldn’t wait or delay for the youths and IPOB to take laws into their hands on self-defense which will attract bridge of law and possibly turn Imo state to anarchy.

“There’s anger, suspicious among the youths that Imo state house of Assembly Members want to jeopardize their lives and compromise their security. This feelings by the youths might lead to social disobedience, tension, insecurity and deeply affect business in Imo Stat.”

Comrade Igboayaka implored all political stakeholders, former Governors, Senators, Ministers of various Constituencies in the State to advise their House Members to expedite processes of passing of Anti-open grazing bill into law, in the state.

Moreso, he used the medium to enjoin Churches and all religious leaders to rally round to help avert the envisioned bloodbath in the state, insisting that ‘all hands must be on deck’.

He said: “The Churches and religious leaders shouldn’t stay behind at this time, Arch Bishop JV Obinna, other Catholic Bishops, Anglican Bishop, Methodist Bishop, etc should make a fast move now to collaborate with other Christian communities to ensure that anti-Open grazing is not swept under the carpet.

“To avert any security crisis every patriotic Imolites should play his or part to ensure that anti-open grazing bill is passed to law in Imo State State within 30 days”, he pleaded.