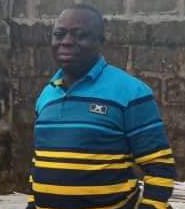 The election which was held on Wednesday 20th April, 2022, under the supervision of the Polytechnic Registrar, Mrs. Florence Nweke who was represented by a Deputy Registrar, Barr. Ighovero, in company of other admin staff who conducted the election, declared Dr. Akpoveta winner after he pulled the highest number of vote casted.

The school of ICT has 48 lecturers, with a total of 41 votes cast, as Dr. Akpoveta scored a total of 27 vote cast while Dr. Ikelegbe pulled 13 votes.

Until the election, Dr. Akpoveta was Head of Department (HOD), Mass Communication and he takes over from Dr. Edafe Atajeromavwo.