Do not help masterminds of genocide bury corpses of victim in mass grave…IPOB to Owerri FMC, Aladinma hospital 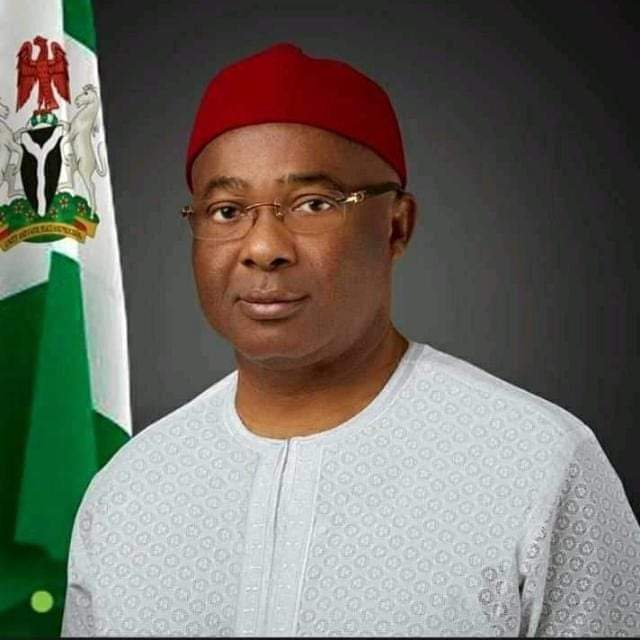 Do not help masterminds of genocide bury corpses of victim in mass grave…IPOB to Owerri FMC, Aladinma hospital

The leadership of the Indigenous People of Biafra, IPOB, through its
Media And Publicity Secretary, Comrd. Emma Powerful has urged the management of Federal Medical Centre, FMC and Aladinma hospital, in Owerri, the capital of Imo State not to connive with the masterminds of the genocide perpetrated against their members in the state, organise mass burial for their victims.

This is contained in a statement signed by the Media Secretary of IPOB, led by Mazi Nnamdi Kanu who has been in the custody of the Department of State Services, DSS for couple of months.

The freedom agitators lamented that there were plots by the Federal Medical Centre Owerri and Aladimma hospital to return to mother earth the remains of “our brothers and sisters who were innocently murdered and slaughtered in cold blood by the wicked Nigeria security operatives in Imo State in mass grave.”

Below is the release in details:

THE MANAGEMENT OF FMC OWERRI, ALADIMMA HOSPITAL SHOULD NOT HELP MASTERMINDS OF THE GENOCIDE IN IMO TO COVER UP THEIR ATROCITIES BY BURYING CORPSES OF THE VICTIMS IN MASS GRAVE – IPOB

We are the global movement of the Indigenous People of Biafra (IPOB) under the command and leadership of Mazi Nnamdi KANU. Our attention has been drawn to the plan by the Federal Medical Centre Owerri and Aladimma hospital to bury our brothers and sisters who were innocently murdered and slaughtered in cold blood by the wicked Nigeria security operatives in Imo State in mass grave.

The mortuary of FMC Owerri is filled with corpses of innocent Biafran youths slaughtered by security forces in different parts of Imo State, and they now want to hurriedly bury them in mass grave. What an affront to our culture and tradition, what an insult to the spirit of the dead and the bereaved families.

We are therefore, warming the Chief Medical Directors, CMDs and the Management of these two hospitals as well as the Commissioner for Health, Imo State to quickly jettison this plan. It is inhuman to bury the victims in mass grave when their owners are still searching for them. The security agencies have always denied being in custody of the victims after abducting them only for their corpses to the dumped at the FMC mortuary. Some of the Biafran youths abducted by security agents in Imo State were taken to various secret cells in the North where they are now languishing under severe and inhuman torturing.

Hope Uzodinma cannot order for the mass murder of our youths in cold blood and also bury them in mass grave without investigations. His game plan to curry more favor from his Fulani slavemasters with the untimely death and mass burial of Biafra youths cannot work!

There must be proper and independent investigation of how the mortuary of FMC Owerri suddenly got filled up with the so-called abandoned corpses. They quickly put up a media publication to justify this atrocity. We warn madam Achonu Jacinta to be careful or she will regret this memo she presented to the public. This is a ploy to cover up genocide going on in Imo State by Nigeria security agents in collaboration with Gov. Hope Uzodima. Hope Uzodimma extended his hand of attacks and killings in Anambra State to receive reward from Fulani, we come to the knowledge that Uzodinma and his fake ESN and unknown gunmen he created to intimidate our people in Anambra State has been exposed and he must pay for his evil thinking he can implicate divine movement like IPOB. IPOB is out for Justice for these innocent victims and we must get it.