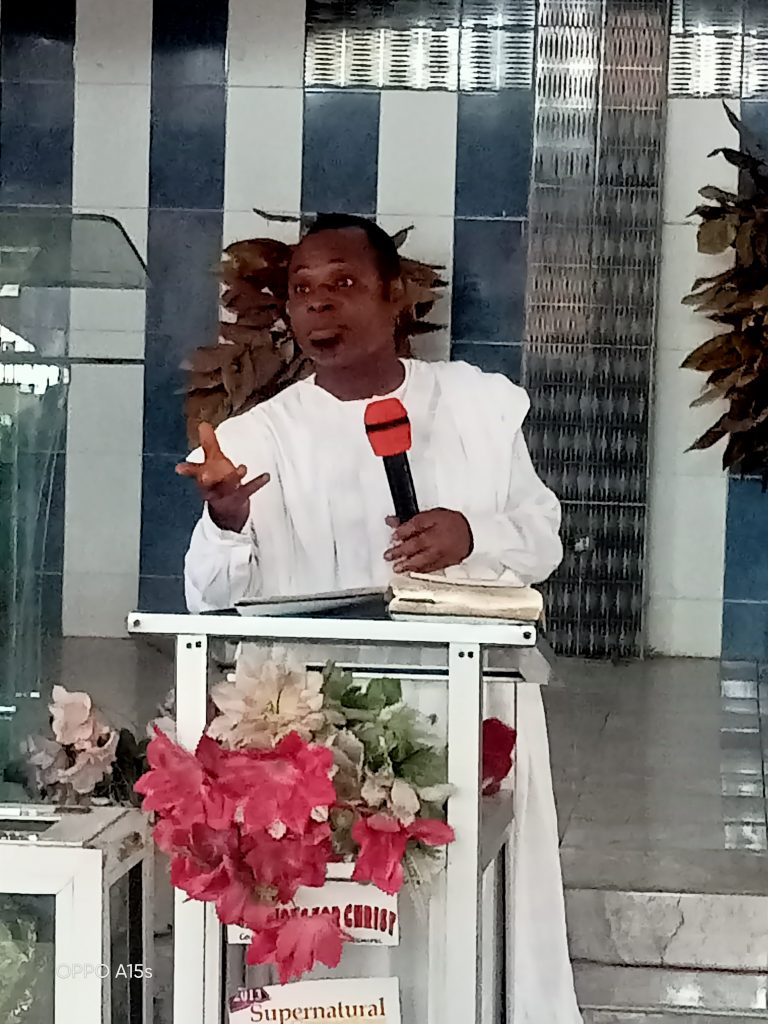 The Senior Pastor of Champions For Christ Ministry Asaba, Delta State’s capital, Reverend Samuel Akpan-Isong has dragged the Nigerian government ‘through the mud’, as he likened Nigeria’s existence in the previous seven years to the biblical years of cankerworm, locusts and caterpillars.

Reverend Akpan-Isong without mincing words, advised Mohammadu Buhari, the President of Nigeria never to attempt the imposition of a leader on the citizenry, rather should honour the will of the people, as well as the Constitution.

Addressing newsmen shortly after the Church’s Love Feast Celebration, the Clergy lamented that the manipulation of the forthcoming 2023 electoral process would undoubtedly launch Nigerians into another years of agony and futility, as has been recorded in the past seven years of the APC admins.

Akpan-Isong, without fear or favour implored to PMB to honourably pack all of his belongings and vacate Aso Villa by May, 2023, while appealing that Nigerians are allowed the opportunity to choose who would lead them, lamenting that Nigeria has indisputably wasted seven years without recording a tinge of gain, whatsoever.

Hear him: “My advice to the President is to endeavour to do all it takes to honour the Nigeria’s constitution and leave the office at by this time next year.

“He should allow Nigerians choose whoever they want to take over so that things will begin to work well in Nigeria. Look, like I said earlier, the last seven years, is like years that have been wasted to cankerworms, caterpillars, Locusts, bringing about divisions of all manners, animosity and rancor.

According to the Priest, the previous seven years of Nigeria’s existence have been characterised by various kinds of crimes and criminalities, ranging from kidnapping, banditry, and gruesome killing of innocent citizens.

“In the last seven years, you see all kinds of things, Nigeria has never been divided like this but this last seven years has divided Nigeria to a great extent and that’s why citizens have lost faith in the country because the leadership is empty.

He urged politicians and all aspirants of public offices at different levels to be open to constructive criticisms and scrutiny, saying “they should allow their Government be scrutinized even before, during and after governing. They need to be scrutinised because that makes you the real person that you ought to be.

“There are people who are telling the leadership the wrong thing instead of the truth. Nigerian politicians like to hear only the praises of men. But, over there, the leaders will want to be criticised, understanding that the man who criticizes you is the man who wants the best for you unlike Nigerian Politicians who detest criticism. If you criticize them, they mark you as an enemy and that is a leadership problem. That’s the type of thing we are suffering here.

However, he revealed an envisaged hope for Nigeria , saying, “there’s hope for Nigeria if we begin to look at the leadership direction; look at the type of persons who occupy our throne both at the federal and state level, as it were. And even coming to the local government level. Also, there will be hope for Nigeria of persons that occupy the throne are chosen by the people. Remember it is democracy but this seems to look like African Democracy and it is the bane of our problem.

Continuing, he charged the citizenry to resign Nigeria’s fate to God’s will, saying, if that is done, things will work aright.