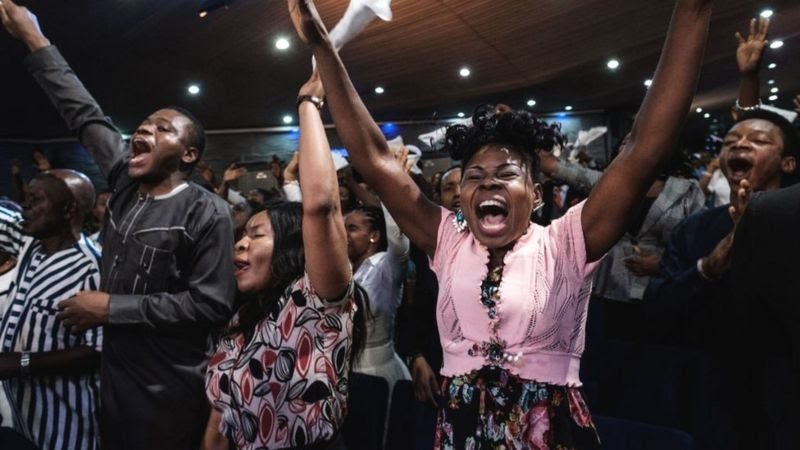 The Christian Association of Nigeria (CAN), has declared a three- day fasting and prayer of the Christian Faith with effect from tomorrow, Sunday June 20 to Tuesday June 22, 2021.

This was prompted by the alleged threats from Jihadists to attack some major cities in Delta state.

In a letter to the Christian community dated June 16, 2021, CAN had directed all pastors and leaders of various churches in Delta to lay a printed copy of the said threat letter on their altars before God, as they conduct prayers on Sunday and Monday in their various local churches.

In addition, CAN instructed that prayers would be held on Tuesday June 22, 2021, at 4pm at a designated public place in the local government area.

READ MORE:  "I got the gun from my married boyfriend" ...Girl who took gun to school... *she took it herself where I kept it under the bed...Okon

It further advised that members of various denominations would assemble at a public venue which CAN LGA executive would choose, on the third day of the fasting and prayer, hence Tuesday June 22.

According to CAN, all pastors and worshipers are requested to attend the Tuesday gathering and hand over the letter which they lay for two nights in their altar to the LGA CAN Coordinator who would with fathers of faith say the final prayer for Christains’ victory over the plot.

CAN, while directing that prayer points for the three days prayer and fasting be drawn from 2 Kngs chapter 19 requested State Heads of Blocks, State CAN Officials and Father’s of Faith to be at the venue of the prayer meeting.

CAN appealed to all Pastors and Heads of Churches to cooperate with me LGA CAN Coordinator and mobilize their members to seriously participate in the three days prayer for God to intervene and avert every challenge to the peace and security of Delta state.

The letter read in parts said, “Recall that when Hezekiah, King of Judah received such letter from Assyrian King, Sennacherib, Hezekiah took the letter to the temple in Jerusalem and laid it before God (2kings 19:14-15)

“the State CAN under the inspiration and guidance of the Holy Spirit requests all churches and Christains’in Delta State to commence a 3-day fasting and prayer for God’s intervention”.

The Jihadists had sent a threat letter to Governor Okowa to withdraw his support against open grazing or risk attacks by the Jihadists to the state especially Asaba and Agbor.