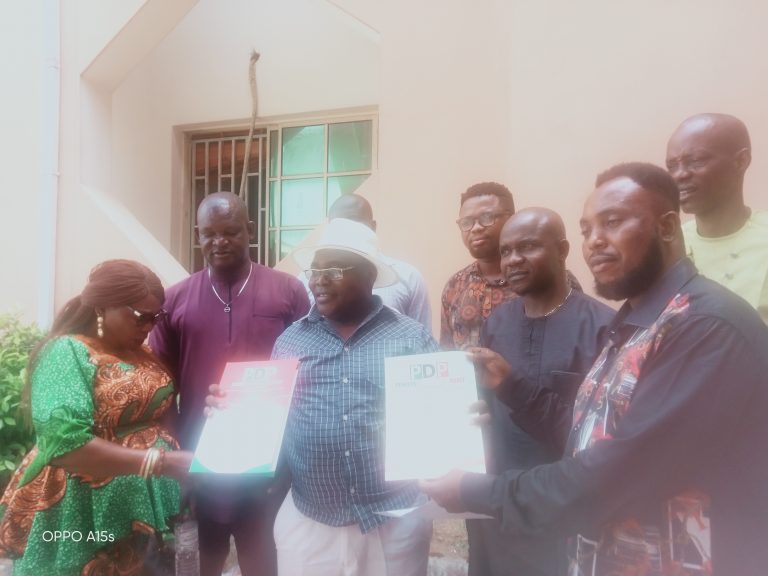 Engr. Uto, is itching for the Ughelli South State Constituency seat on the platform of the Peoples Democratic Party (PDP).

The two blocs which later presented the forms to the topmost DTHA aspirant at the PDP Secretariat in Asaba on Monday, March 28th, 2022, said it’s in fulfillment of their pledge for justice, fairness and equity as the Olomu bloc took its turn with Hon. Talib Tebite while the incumbent, Hon. Izeze Reuben Yakubu, is about to complete the Ughievwen turn. 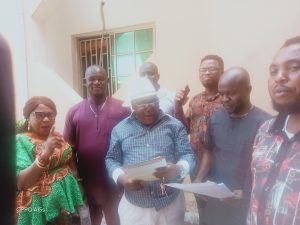 The PDP House of Assembly aspirant, while receiving the forms, expressed appreciation for the kind gestures.

He lamented that the challenges confronting Ughelli South are very enormous and require collective effort to tackle them.

He explained that “Olomu and Ughievwen people contributed money and bought me the nomination form, the first in political history since the return of democracy and truly they made me shed tears. They put together their hard-earned money and purchased me this form. I am emotional about it. 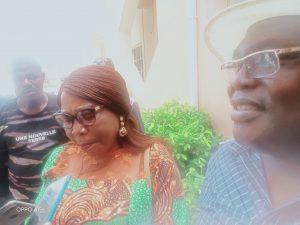 “It shows you are out for the collective interest of Ughelli South and I believe together, we will make it a reality. Ughelli South, is moving from nowhere to somewhere. Ughelli South shall become ‘Ughelli something’ because God is about to do a new thing in Ughelli South”, the elated engineer of repute, declared.

He appreciated them for making it possible, “this is your effort and I promise you that as we get there, we are going there together. It is not a one man show, it is our show together and in this four years, Ughelli South will see true and proper representation”, he said.

He called on all sons and daughters of Ughelli South, particularly party delegates who have the interest of Ughelli South to brace up with courage to usher in a properly qualified candidate for the office. “Let’s march towards the primaries and do what we know how to do best and let’s watch how the game unfolds, the game has just begun”, he said.

Speaking on behalf of the Olomu bloc, Hon. Tobore, from Owor, under Olomu bloc, said: “the batton has been in Ughievwen, but today we have come to collect the form for our dear son. We know that he is capable, they should allow the best to do it.

“As I am talking to you, the batton has shifted from Ughievwen to Ewu and we will reap the dividends of democracy from Ughelli South Constituency and Delta State Government in general”.

She therefore cleared the air of any alliance between some Olomu and Ughievwen blocs to return power to the Ughievwen, saying, “there’s no alliance. The position is not a personal property. Look at Delta State today, there’s a zoning pattern, Central, South and North. But now it’s returning back to Central, so it is the turn of the Ewu people in the case of Ughelli South Constituency”.

Also, Mr. Noble Otite, said Pastor Engr. Elvis Peters Uto, is a well known man. “If you want the political movement in Delta State, those of us from Ughievwen, we know that our man has been there but there’s nothing to show for it.

“This is the time for us to stand for equity, fairness and justice. We are not talking about who is there now but someone who can get the job done, someone who has helped several people to get development to the Constituencies while in government. He is coming back home and he is a blessing”, he posited.