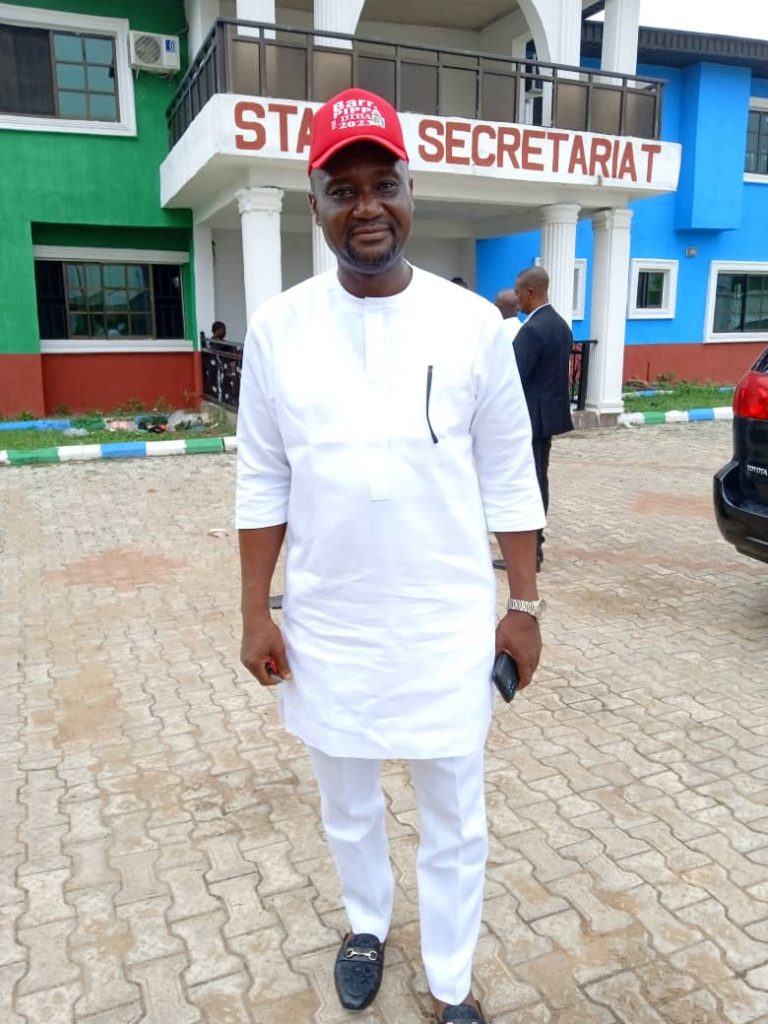 Ahead of the parties’  primaries, Delta state House of Assembly aspirant under the platform of All progressive Congress, APC, Pst. Barr. Emmanuel Pippa has promised an effective representation if he won the party primaries and elected at the general election.

Barr. Pippa who spoke to journalists after his screening exercise on Thursday at Asaba, Delta state, said, he will ensure Ughalli South constituency get a better empowerment program and the required special attention that will attract infrastructural development to his local government.

READ MORE:  2023: Re Okowa Do Not Do This, Scripted By Dr Johnson Oyibo. Response: Okowa Is Neutral, Not Imposing Any Governorship Aspirant On The People

He noted that the Ughelli south constituency is mainly riverine area, especially the Eghwu and Owawha axis that are not motorable, saying that some part of the roads are already cut off from the local government.

He maintained that some axis in the Ughelli south constituency has no electricity supply, pointing out that it could be as a result that Government attention had not be drawn to it and that will be one of his major priority if he wins the party ticket and elected in the general election comes 2023.

He added that he has the wherewithal to advance the cause of positive representation of his people if given the mandate, 2023

Hear him ” the next assignment now is primaries, if I succeed and eventually emerges the candidate of the party and wins the assembly seat my concentration is to ensure that i attract Government attention to my constituency especially on the eghwu in the riverine and owhawha axis that is not motorable”

He said, ” i will attract positive development to Ughalli south constituency, and draw the attention of Government for a better and effective representation for them through special designs of programs”.