Dunamis five: DSS releases youths arrested for wearing “Buhari must go” T-shirts to church *Get ready for us on August 5, DSS told 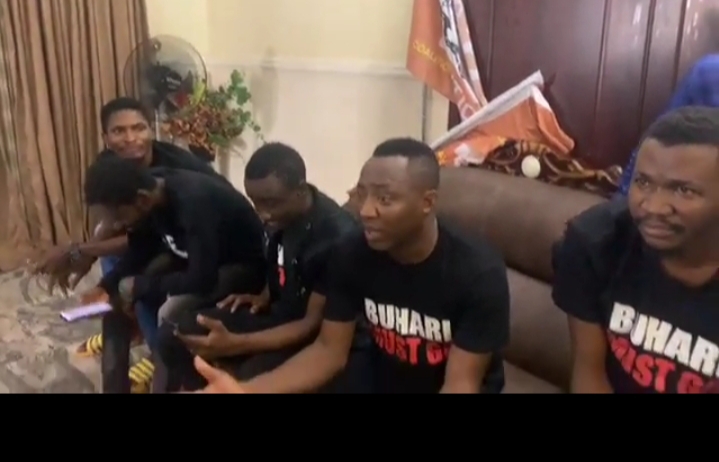 Dunamis five: DSS releases youths arrested for wearing “Buhari must go T-shirts to church”
*Get ready for us on August 5, DSS told

The Department of State Security, DSS has released the five youths who were arrested during a Sunday service, at Dunamis International Gospel Center Headquarters in Lugbe, Abuja, for wearing a branded t-shirt with the inscription, “Buhari must Go”.

It would be recalled that the DSS had recently arrested and detained five youths at Dunamis headquarters, Abuja, during one of the Sunday Services on July 4, 2021.

Punch had reported on the following day, Monday, that Human Rights Activists, Omoyele Sowore and Deji Adeyanju who visited the Senior Pastor of the church, Paul Enenche, while briefing Journalists after their meeting with the Enenche, quoting the latter as saying that he had no hand in the arrest of the five youths.

Subsequently, it was also reported that all efforts to secure the instant release of the five youths failed.

This was even as a Federal High Court in Abuja, on Monday, July 26, had ordered the Department of State Services, (DSS) to release five worshipers.

They had, as gathered, sued the DSS, President Muhammadu Buhari, the church’s pastor Pastor Paul Enenche and others for alleged unlawful arrest and detention.

They prayed the court to declare their arrest and detention unlawful, also asked the court to award N10 million, each, in damages, for the violation of their fundamental rights.

Meanwhile, the five detainees who got their freedom were; Ben Manasseh, Anene Udoka, Henry Nwodo, Samuel Larry and Samuel Gabriel.

Speaking in a live video, the youths expressed shock at the twist of events, hence the church had suddenly turned against them thus taking the side of the government.

“All of a sudden, the Church is now taking sides with this oppressive government.