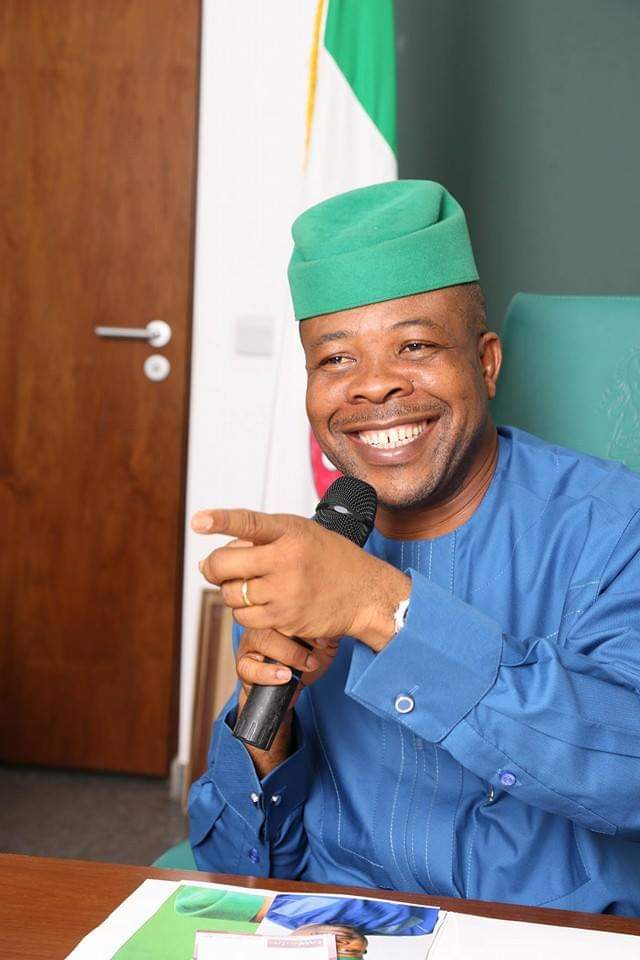 The Oru West born politician who served under the administration of His Excellency Rt. Hon. Emeka Ihedioha, insisted that E-Registration Exercise “would help deepen democracy and people’s participation in a democratic setting. So, from that point of view, it is a very good one.”

“It’s very important that we are all registered as members of the party so that we be well and ably accounted for. Moreso, so we can be able to make our inputs to the party in a way that it can make impacts.”

Asked whether the party still intends to return to Douglas House as 2023 election draws nearer, he said:
“That where we belong. We didn’t leave voluntarily so we intend to go back there and continue our good work for the people of Imo State.
We must remain steadfast and committed to the restoration of our mandate”

Asked how the party feels as regards the subsisting Court’s verdict, hence the emergence of Governor Hope Uzodinma months after Ihedioha’s reign, he said: the
“Honestly, the people’s mandates have been disrespected but we believe that God will restore the Government of PDP led by Rt. Hon. Emeka Ihedioha.’

Meanwhile, Mgbemere, with an aura of confidence, reemphasized the benefits of loyalty, while urging members of PDP New Media to imbibe same, adding, “they should remain loyal, believing that we shall come back to continue the good work.”

Earlier in his opening remarks, Chief Martin Ejiogu, who represented the chairman of the party, who commended the youths for their selfless involvement in the struggle to deliver the state, described the Ihedioha led administration as “youth oriented, noting, “our Government is bent on integrating the youths in the system.

Ejiogu urged the party’s Media volunteers to dutifully carry out whatever role assigned to them, while outlining the impressiveness of focus, without which, he noted, one’s successful ending would be hampered.

Hear him: “If you find yourself even if it’s in the local area, you should try your best and ensure you carry out effectively whatever assignment relegated to you. He said, your work will speak for you and even in your absence, it’s your work that will speak for you

Presenting his lecture, on the topi: ‘PPD As a Credible Alternative”,
Engr. Onwubiko Kingsley described the party as a driving force, as he charged the team to uphold the credibility of the party in the dissemination of information, reiterating that “Ihedioha remains Governor”.

Corroborating, Hon. Chibuike Onyeukwu, former CPS to H/E Governor Emeka Ihedioha CON, who spoke on, ‘The Accomplishment Of The Rebuild Imo Administration, maintained that espite the Supreme Court judgement on January 14, 2020, “His Excellency Rt. Hon. Emeka Ihedioha remains the only existing Governor of the state, any other is temporary.

He regretted that the life changing projects which were embarked on by PDP’s administration were truncated by the said judgement but assured that the party still had some glimmers of hope of continuity.

Also, the PDP New Media Director-General, Comrd. Collins Opurozor commended the team for their unflinching efforts,as he enjoined them to remain committed and resolute in their pursuit.