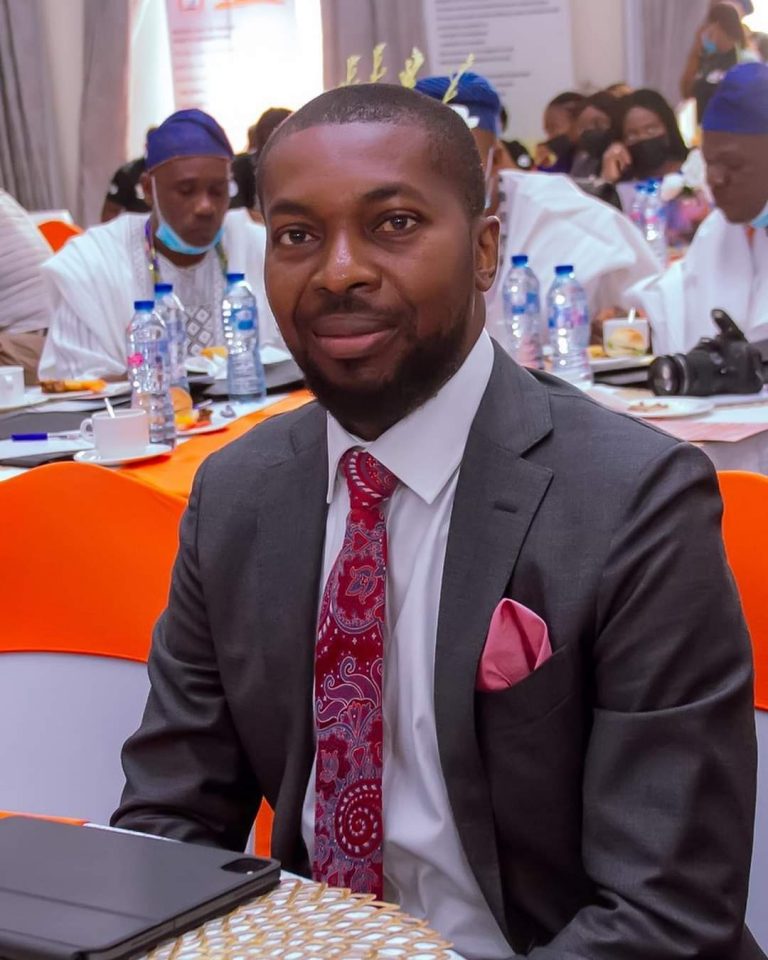 … Interesting facts you might not know about Dr. Nkata

In Ebonyi State today, the atmosphere is fully charged and ready to explode, as all and sundry are visibly running ‘Helter- skelter’ at the emergence of Dr Nkata Chuku, the running mate of the guber candidate of the All Progressives Grand Alliance, APGA, in Ebonyi State.

Just like the popular Igbo maxim: (Oke n’ohia, ngwere n’uzo), everyone, including the fearless has run to take cover; no one wants to loose their strides but then, the end they say, justifies the means!

This evidently drives home the fact that,, the choice of a famous Medical Expert, Dr. Nkata Chuku, as Prof. Benard Udoh’s running mate, in the forthcoming general election, has thrown political parties in Ebonyi State into utter bewilderment..

With Nkata’s intimidating profile, there is obvious pandemonium among various political parties in Ebonyi State, especially the ruling and the main opposition parties, the All Progressives Congress, APC and the People’s Democratic Party, PDP, respectively.

I perceive that, with these two, Prof. Odoh and his counterpart, Dr. Nkata an indisputable threat has been posed to the sister parties. This is because, the duo are personalities whose pedigree and achievements are engraved on the sands of time.

This indeed defines why the nomination of Nkata will not only turn their nights into mere daylight but also might return them to the drawing board.

But, why the choice of Dr. Nkata as a running mate and who is Nkata? A tall, attractive and intellectual, zealous about service and improving humanity.

I am certain that Prof Bernard Odoh, before nominating Dr. Nkata Chuku, an illus son of Okposi in Ohaozara Local Government Area of the State, as his running mate, in no doubts must have had a handful of choices before arriving at his last and, what has turned to be the best.

When Odoh made the announcement, at a press conference in Abakaliki on Wednesday, the faces of the stakeholders of the party beamed with smile for he, Nkata has been tested and trusted, hence the unflinching confidence as conspicuously written on their faces.

Nkata, is in his ripe age of 47, born on December 29, 1975 to Sir and Lady Nwani Chuku of Okposi-Okwu, Okposi in Ohaozara LGA of Ebonyi State.

Nkata, hails from Okposi Okwu in the southern senatorial district of the state, and indisputably, has had himself a good name, clearly written in gold.

READ MORE:  2023: Why Ebonyians And Three Other South East States Should Embrace APGA

Below are striking facts to know about the man, Dr. Nkata Chuku.

“Raised by teacher-parents, he imbibed scholarly attributes from very early days. He attended Akanu Ibiam Federal Polytechnic Staff Primary School, Unwana, Afikpo; Marist Brothers Juniorate, Uturu and St. Augustine’s Seminary, Ezzamgbo – where he not only made 9 distinctions in WAEC but set a new school record. Nkata studied Medicine and Surgery at the University of Lagos and has an MSc in Health Financing and Policy from the London School of Economics and Political Science (LSE) and the London School of Hygiene and Tropical Medicine (LSHTM), University of London. He is also concluding the one-year prestigious LEAD Programme of the Stanford University Graduate School of Business (GSB). Over the past 20 years, Nkata has worked as one of the leading health economists in Africa, a sought-after health systems specialist and an international development expert. He is the Founding Partner of Health Systems Consult Limited (HSCL), one of the fastest-growing development consulting firms in Africa, registered in Nigeria, Sierra Leone, Tanzania and Zambia, with over 50 full-time staff.

“Prior to HSCL he worked as KMPG’s pioneer Healthcare Lead for West Africa, FHI 360’s Director for Health Systems Strengthening and Senior M&E Advisor for USAID’s GHAIN project in Nigeria. Nkata has also worked as an independent consultant for DFID, USAID, UNAIDS, WHO, GAVI, Global Fund, Bill and Melinda Gates Foundation, CORDS/WAHO, OPM, ECORYS, PWC and many others. He has played lead roles in policy development in Nigeria including the National Strategic Health Development Plans (NSHDP) 1 and 2 and the National HIV/AIDS and TB Strategic Plans. He was the Lead Technical Assistant for the development of Nigeria’s Strategy for Immunisation and PHC Systems Strengthening (NSIPSS) and the GAVI transition plan 2018-2028. Nkata was the Technical Lead for the 2014 Presidential Summit on Universal Health Coverage (UHC) in Nigeria. He is a member of the Technical Working Group that developed Nigeria’s Medium-Term National Development Plan and long-term plan – Nigeria 2050. In 2020, the Nigerian Economic Summit Group’s (NESG) appointed him the Facilitator of its Health Policy Commission.

“Nkata is also an established entrepreneur with interests in several business sectors including fast-moving consumer goods, real estate, medical consumables manufacturing, fintech and agriculture amongst others. He sits on the board of a private Hospital/Clinic, HMO, Medical Oxygen Producing Plant, a Start-up Fintech Company and an Agro-allied Company. Nkata is a natural leader and has been an advocate of good governance since his younger days. While at the University of Lagos, he served in several student leadership positions including Lord Chancellor of the House of Lords, College of Medicine University of Lagos; Secretary-General, Nigerian Medical Students Association (NIMSA); amongst others.

“In 2017, Nkata joined 9 other professionals (“technoticians”) to form the Alliance for New Nigeria (ANN), one of the new parties that made visible strides in Ebonyi State and at the national level in the 2019 elections. Nkata was the BoT Chairman of ANN from 2018 – 2020 and also contested the 2019 elections for the House of Representatives seat of Ohaozara/Onicha/Ivo Federal Constituency. His people and issues-based campaign endeared him to the people and made popular his Iveoma Movement. Nkata is very passionate about human and community development. As an individual and through the Nwani Chuku Foundation and Iveoma Development Network, 2 charities which he established; he has funded and implemented numerous development projects. In 2016, he fully renovated and furnished an examination hall for Isi Okposi Girls Secondary School in Okposi, Ebonyi State.

“In 2019 he collaborated with other like minds to rebuild a hall for Central School Okposi. In 2021 he led the Iveoma Development Network to organize a school reading programme for senior students of 8 public secondary schools in Okposi, to improve their reading and public speaking abilities and prepare them for WAEC. He chaired efforts that mobilized good-spirited Nigerians to support the establishment of a standard Medical Centre for the Veritas University Abuja. At the height of the COVID-19 pandemic, he provided palliatives to over 2,000 widows and indigent women and donated personal protective equipment (PPEs) to 7 public and private hospitals in Ebonyi.

“He has attracted donor-funded projects to his home state to improve health care and also attracted donor funds to Nigeria through support to the Federal Government in developing grant proposals. He was recently part of a group that mobilised funds to restore power to some communities in Okposi by repairing the transformer, vandalised poles and wires and offsetting outstanding bills owed to the electricity authorities. In addition to this effort, he donated a 300KVA transformer to aid in more stable power distribution. Nkata is a member of the board of Afikpo Golf and Country Club and chairs the Okposi Country Club Project, amongst other community initiatives. Nkata is married to Olasubomi Chuku, a lawyer and international development specialist. They have 2 lovely children, Akanele and Nwani”