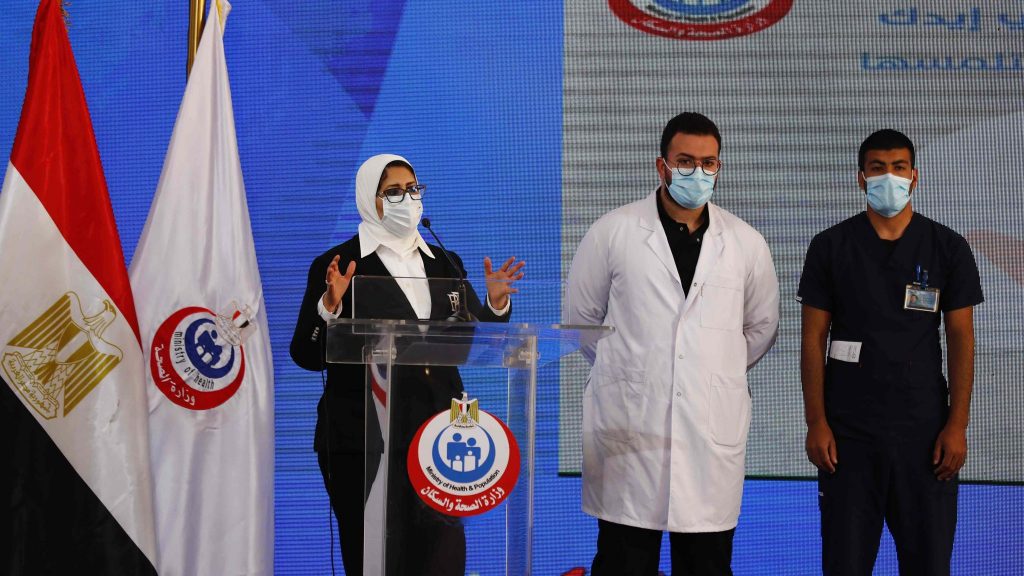 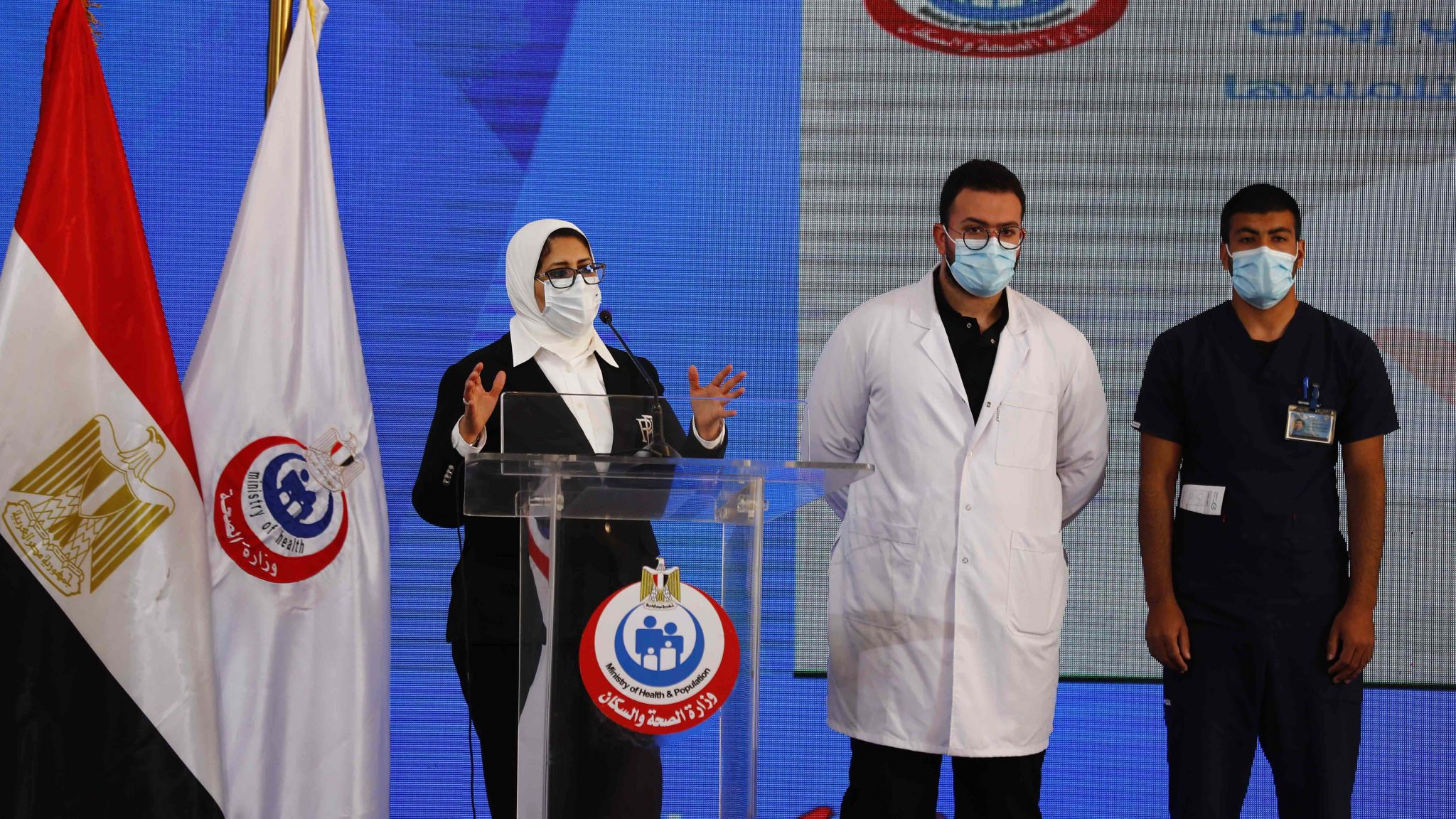 (L to R) Egyptian Health Minister Hala Zayed gives a press conference, accompanied by doctor Abdelmouim Selem and medical staff member Ahmed Hemdan, in a tent set up outside the Abou Khalifa hospital, in Ismailia, about 120kms east the capital Cairo, on January 24, 2021, after the two men received a dose of a coronavirus vaccine. – Egypt began its nationwide Covid-19 immunisation program today, with a doctor and a nurse receiving the Chinese-made Sinopharm jab. (Photo by Khaled DESOUKI / AFP)

Egypt began its Covid-19 immunisation program Sunday, becoming one of the first countries in Africa to vaccinate its citizens, with a doctor and a nurse receiving the Chinese-made Sinopharm jab.

Egypt, the Arab world’s most populous country with over 100 million people, received its first batch of the vaccine in December.

The inoculation will be available to all health workers for free, Health Minister Hala Zayed said Sunday.

“All healthcare workers will receive it for free, it’s their right,” Zayed told a press conference at Abu Khalifa Hospital in the northeastern city of Ismailia.

She also paid tribute to over 330 doctors in Egypt who have died from the virus.

People with chronic diseases and the elderly will be next in line for the jab, but the minister said citizens “who have the means should pay for the vaccine” in the coming months.

Egypt has registered over 160,000 novel coronavirus infections, including nearly 9,000 deaths.

Health officials have warned that low testing rates mean the real number could be at least 10 times higher.

Zayed said Cairo had inked deals to receive vaccine shipments from British, Chinese and Russian firms, for a total of around 100 million doses.

Earlier this month, the minister said Egypt would receive 40 million doses, mostly of the AstraZeneca/Oxford jab, via the Gavi vaccine alliance, with the aim of inoculating 20 percent of its population.

Zayed said Sunday that the North African country was also working on producing a vaccine locally, with a view to distributing it to the rest of the continent, without providing details on which vaccine.

Earlier this week, the World Health Organization (WHO) warned that Africa was “in danger of being left behind as countries in other regions strike bilateral deals, driving up prices”.

“I am reassuring the Egyptian people they will receive the vaccine, but I reiterate the vaccine is not a substitute for staying vigilant in terms of health precautions, including wearing masks,” the minister said.

Sinopharm says its vaccine is 79 percent effective against the novel coronavirus.

The Indian Ocean archipelago of the Seychelles began vaccinating its population against the coronavirus earlier this month, the first African nation to do so.