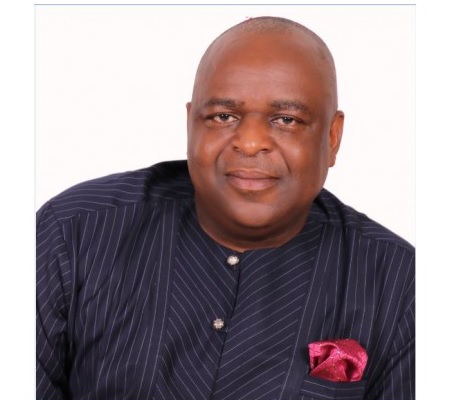 The member Representing Ohaozara/Onicha and Ivo federal constituency in the House of Representatives, Hon. Makwe Livinus has called on youths in the area to embrace agriculture and entrepreneurship.

According to him, this will enable them become not only gainfully employed but also job creators instead of job seekers, adding that the era of waiting for non-existent white collar jobs in the country is over.

He stated this at a two-day training workshop and empowerment of youths and women of his constituents on entrepreneurship and agriculture.

The training, which held at Osbourne Hotel, Uburu, Ohaozara local government area of Ebonyi state, had 100 participants drawn from the three council areas of the constituency in attendance.

Speaking at the event, the Lawmaker noted that more empowerment activities had been lined up for his constituents this year.

Hon. Makwe charged the participants to make use of the knowledge acquired during the training to establish themselves in the area of aquaculture which is the basic area of concentration in the workshop.

“Many youths are not interested in going into agriculture because they believe that agriculture is still the same system of using hoe to cultivate, but this time around we try to make them understand that they should use modern equipments and we have also made arrangement to assist them in that area once they are ready”.

“I advise the youths in particular to go fully into agriculture because it is the main thing now. Alternative to oil money is agriculture and there is no white collar job now, even those that have the job, their salary is not enough for them so you can still be working and be involved in agriculture. There is need for them to explore that area and better their economic situation”, he said.

Represented by Oyibe Ude Aja Nwachukwu, Rep Livinus Makwe said that he was motivated to train his constituents on agriculture so as to reduce unemployment among the youths.

He urged the people to heed the advise of Governor David Umahi who has made it compulsory that every Ebonyi resident must be engaged in agriculture even when employed in other sectors.

“We are determined to make them understand that they have opportunity in the agricultural sector. People shouldn’t just be waiting for political appointment and what they call free money. Even if you have political appointment as the governor always say, you should also have a second address and that second address he usually refers to is agriculture”.

“Every Friday is dedicated to agriculture in Ebonyi state and that is why we are encouraging the youths who are not employed to go into agriculture”, he said.

One of the participants, Comrade Raymond Okoro, the Youth President of Ohanivo Forum commended the Lawmaker for the program which he noted would go a long way in getting the youths gainfully employed.

He said:”This is an all encompassing programme aimed at empowering the youths through value orientation and entrepreneurship, skill acquisition”.

“We have actually benefited from the programme because one thing is that you need to be exposed via training and after the training you are empowered and you will now know the adequate place to channel the resources that you have been equipped with, thereby making judicious utilization of the value of that programme and the empowerment”.

“So we have actually benefited in numerous ways. We have been trained in entrepreneurship, agro programme such as aquaculture and I as a person I have interest in aquaculture. I am going to invest in fish farming which I know is very lucrative because it is something that is needed all year round and by the time I will do that, it will also help me to empower others because it is not going to be a one man affair, it is a chain programme that will integrate others”, he added

Another participant, Nkechinyere Chukwu Imo while lauding the Lawmaker for the programme which she described as impressive promised to put the knowledge acquired into practice

The lawmaker also empowered the participants with cash and materials to enable them kick start their own businesses.