by FAMOUS REPORTERS December 15, 2020 0 comment 17 views
Kindly Share This Story
By Charity Uwakwe
The Inspector General of Police, Mr. Mohammed Adamu has assured that the efforts of the men of the Nigeria Police Force who were victimized  by the drastic effects of the Nationwide #EndSars protest would not be consigned to oblivion. 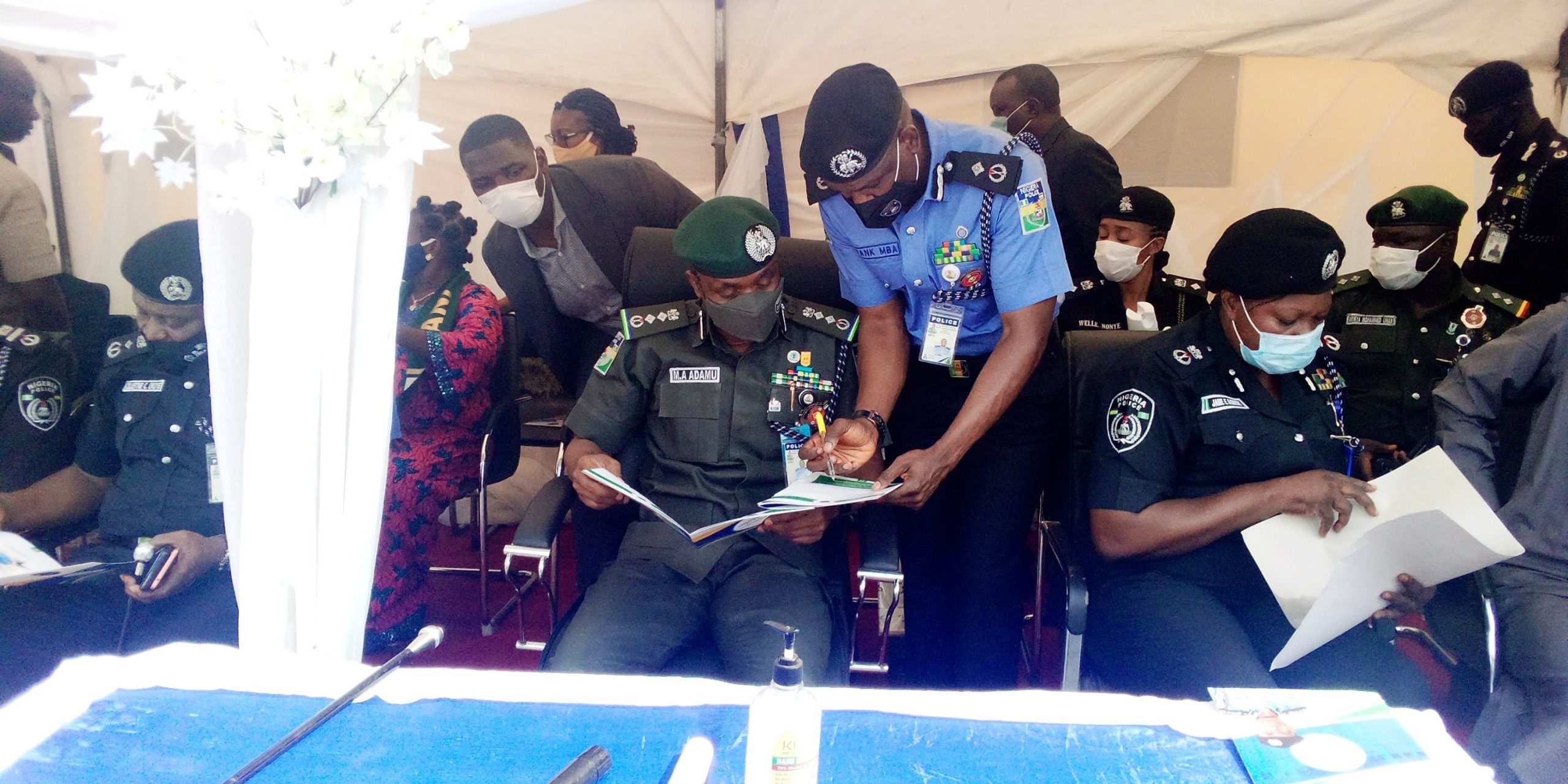 IGP Adamu commended the Police Force over what he described as “the maximum restraint” as exhibited by the latter during the #Endsars protest, attributing the existing stability in the country to the efforts of the Police in curtailing the outbreak of the protest. 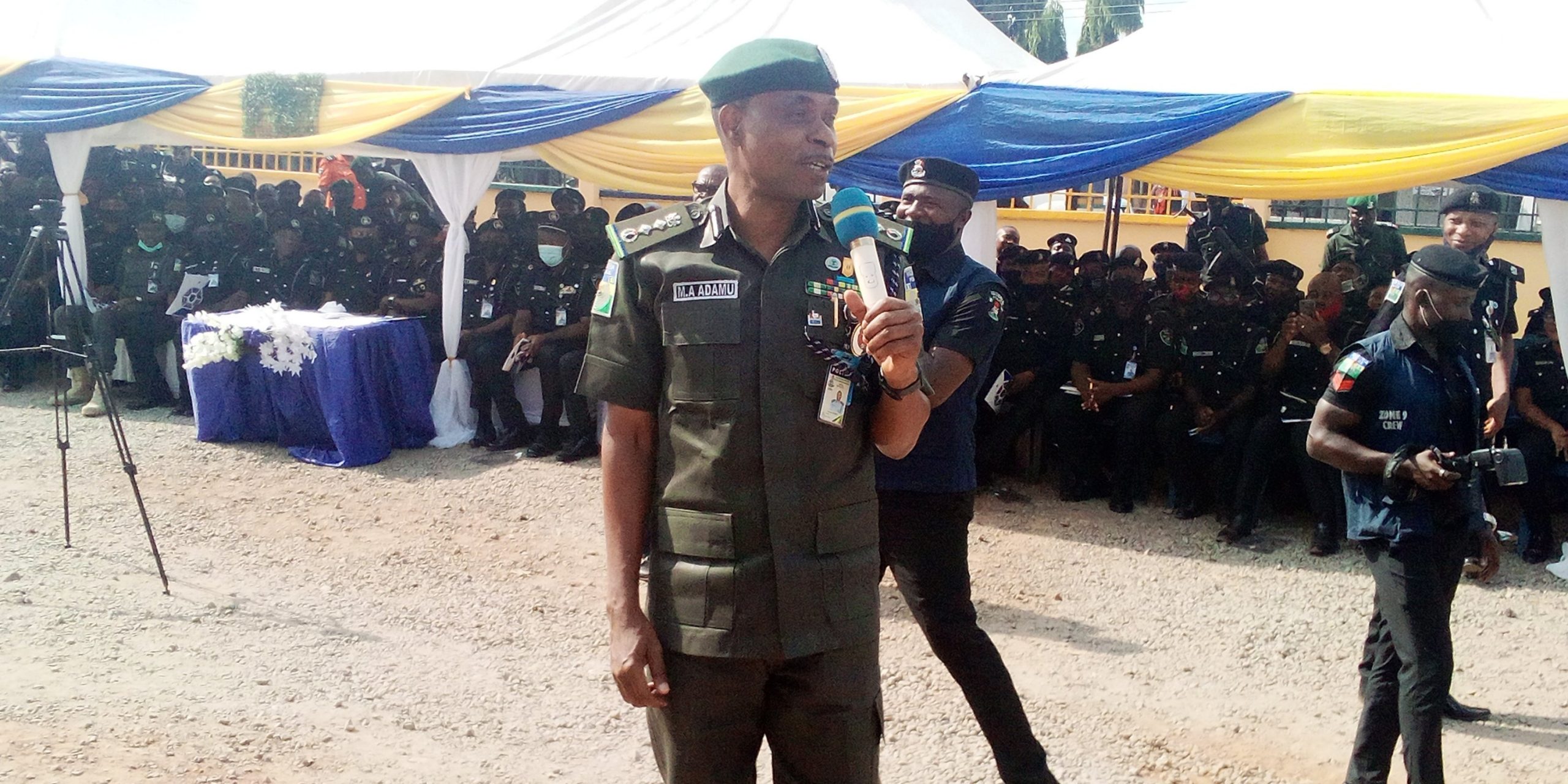 Speaking during the receipt of operational vehicles from the state Governor, commissioning of Abia State Crime prevention and management system, CPAMS and Commissioning of Abub akar Mohammed House Zone 9 Police command, at Police Headquarters, Umuahia, the capital of Abia State, today,
the IGP insisted that the nation would have inarguably been in a precarious state if not for the caution as observed by the police.”According to IGP, “those that died as a result of the protest, we say their lives will never go in vain. A lot of things have been put in place to compensate those that lost their lives and those that were injured. And on my own, I say we’re going to give them promotion and within the week or after a week or two, we’ll give them promotion Maya promotion that will be posthumous but they deserve it.”And officers that lost their lives, Police Service Commision is also taking care of them in terms of trying to elevate them”, he added, disclosing that efforts are being made by the Federal Government towards promoting the welfare of men of the Nigeria Police. 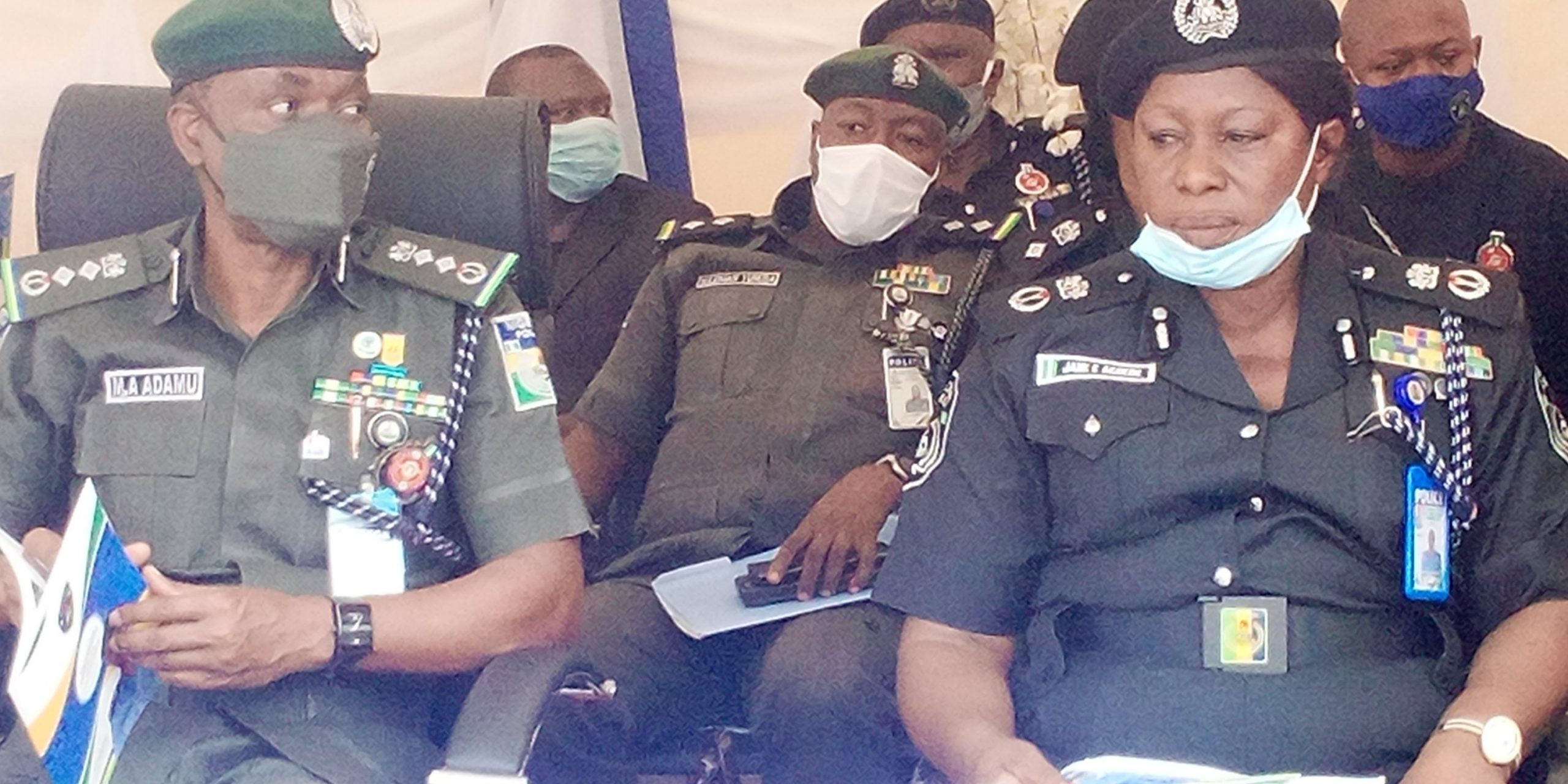 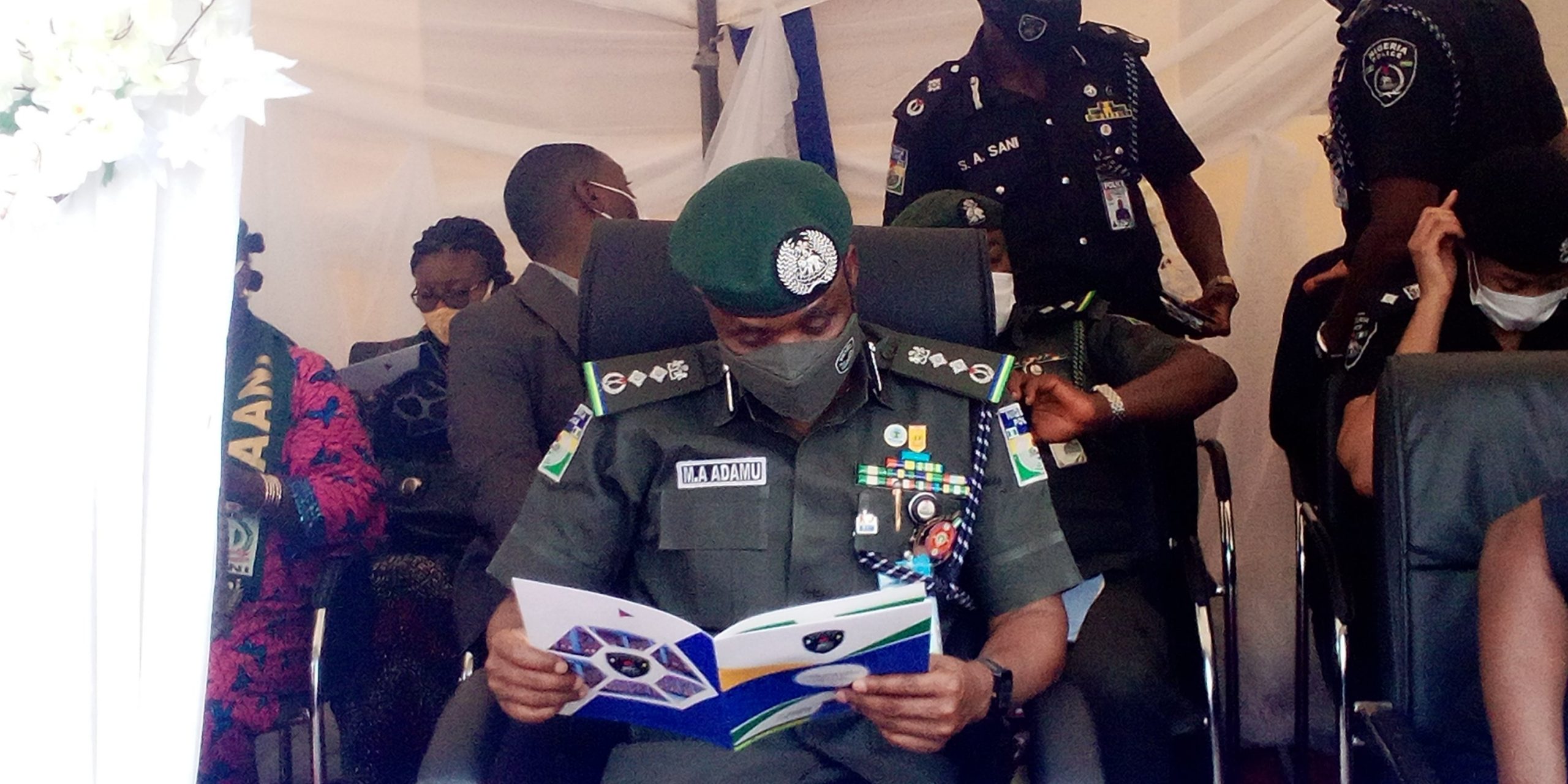 He blamed the mishaps instigated by the protest on social media handlers whose reports he alleged had escalated the drastic incident, as he urged Nigerians to disabuse their minds from fake news, pointing out that the said protest, at its early stage was geared towards making positive impacts.However, he commended men of the Nigeria Police whom he said had strictly resisted every urge to deploy the firearms, whatsoever, during the #EndSars protest, saying, “during the #EndSars protest, we knew why you didn’t use your firearms because you have accessed the situation on ground and you found out that if you used your firearms, a lot of people will die.”We’re not supposed to kill rather we’re supposed to preserve lives. So, we were showing some restraints and in the process of showing maximum restraints, we lost lives and a lot of us were injured. ecause of the maximum restraint, we still have Nigeria today. If not for the restraint, we would have been in a more serious situation”, he added.Furthermore, he charged the men of the Police to be civil in the discharge of their duties, urging them not to allow their emotions get the better of them at the flimsiest provocation.Hear him:  “We’re a special breed; we have been picked out of the society and given special training, as well as uniforms. And because we’re special, there are certain behaviours we are not supposed to do and there are certain pressure we’re supposed to absorb.”You can be provoked but you are not supposed to act in a negative way. People will come to make sure they provoke you but it shouldn’t be in your character to be overpowered provoked”If we’re to end SARS protest of this magnitude that happened or any other one that comes, we have tools that government gave us, the Constitution and society gave us to make sure that we protect them and that’s our firearms.”We’re not just carrying firearms just for carrying sake. So, if any body comes and wants to destroy government’s property, kill innocent Nigerians or he’s in a lawful custody and wants to run away or he puts your life in danger, use your firearms”, he said, a statement which got a clapping ovation from serving corps. 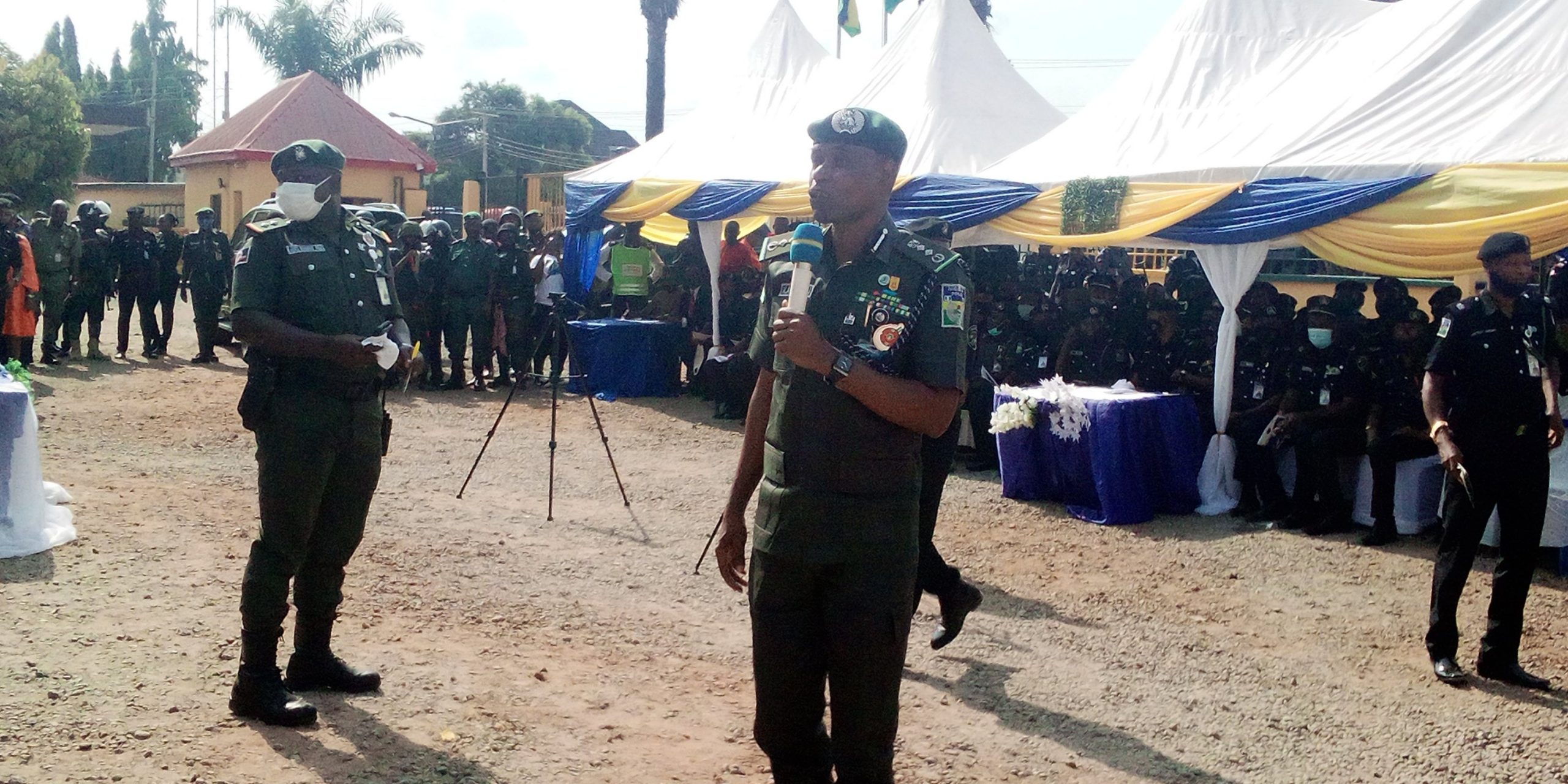 Speaking further, he said:
“It is the Law that allows that. While you are using your firearms as Police officers, we’re not supposed to kill, we’re to preserve lives and property. So, but use your firearms to maim that individual and when you are using the firearms, you aim at the knee. The essence is to incapacitate that person and not to kill him.Earlier in her welcome address, the Commissioner of Police, Abia State Command, CP Janet Agbede thanked immensely the IGP, describing the event as “the happiest day for police officers in the state, noting that such would in no doubt serve as a motivating factor, “capable of energising and igniting the desired spirit of consciousness which would physically and spiritually boost our professional productivity towards effective crime control”, she said.According to her, the visit of the IGP was a proof of his fatherly love, saying, “as a good father, he has come to see and know how his children are doing in the state.”On the effects of the #EndSars protest on the state, CP Agbede informed the IGP that the said protest did not have as much impacts on the state as was witnessed in other sister-states, but however, allegedly pointed out that members of the Indigenous People of Biafra ( IPOB) were guilty of illegal activities. 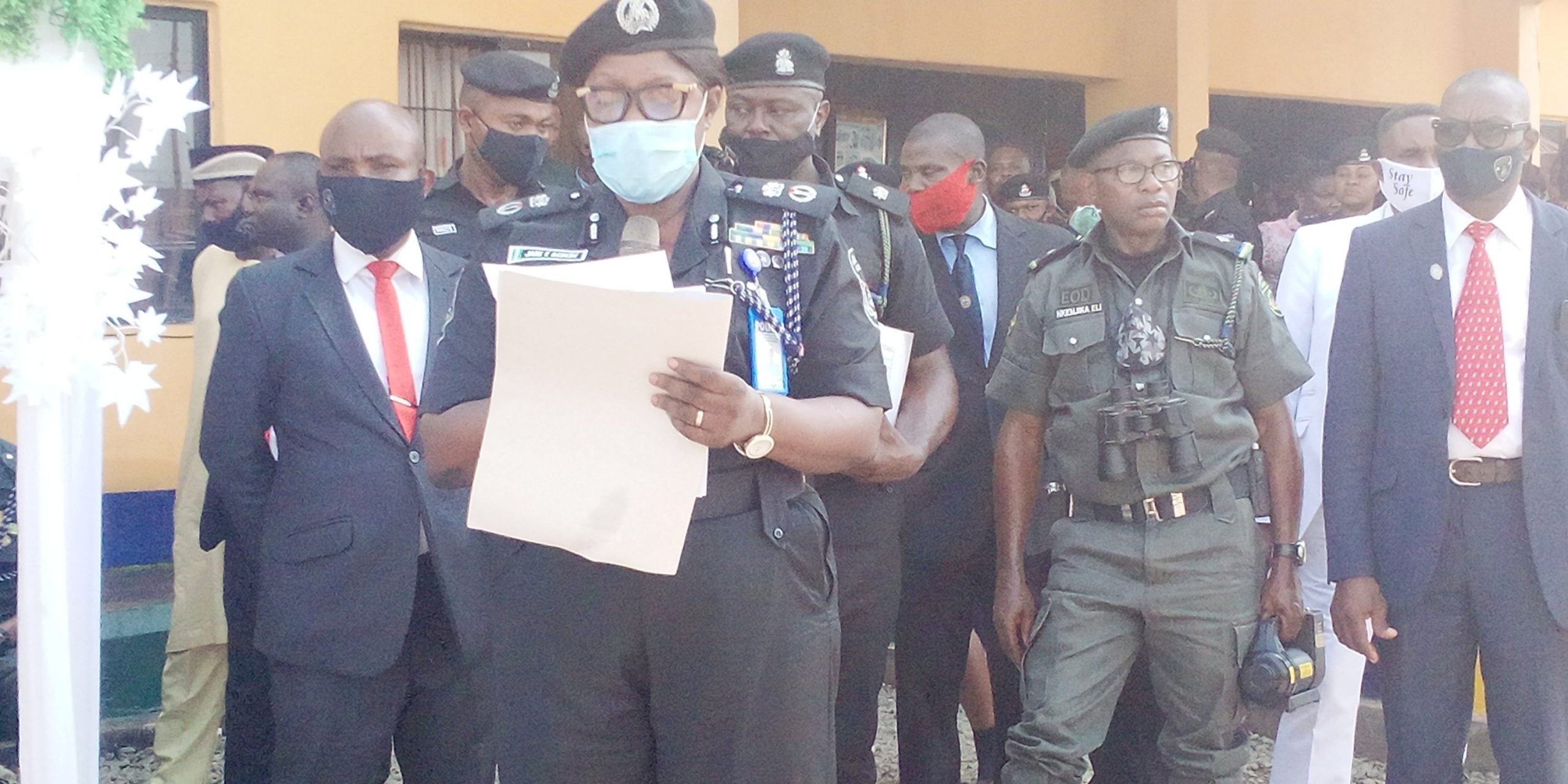 “It may interest the IGP to know that in Abia State, we did not experience #ENDSARS protest like in other state commands but Indigenous People of Biafra (IPOB) nefarious activities”, she alleged.
READ MORE:  Banditry, killings: ADF backs Reps on arms for self-defense of citizens
#EndExtraJudicialkilling#Endpolicebrutality#EndSARsProtest
Share
0
FacebookTwitterPinterestEmail

#EndSARS: End the Protests, You’ve Made Your Point...

Gov Wike is responsible for killing of IPOB...

EndSARS: Your Speech, Insensitive, Waste Of Time Without...